One Punch Man: A Hero Nobody Knows, New Fighting Game Is “Coming Soon” To Consoles And PC 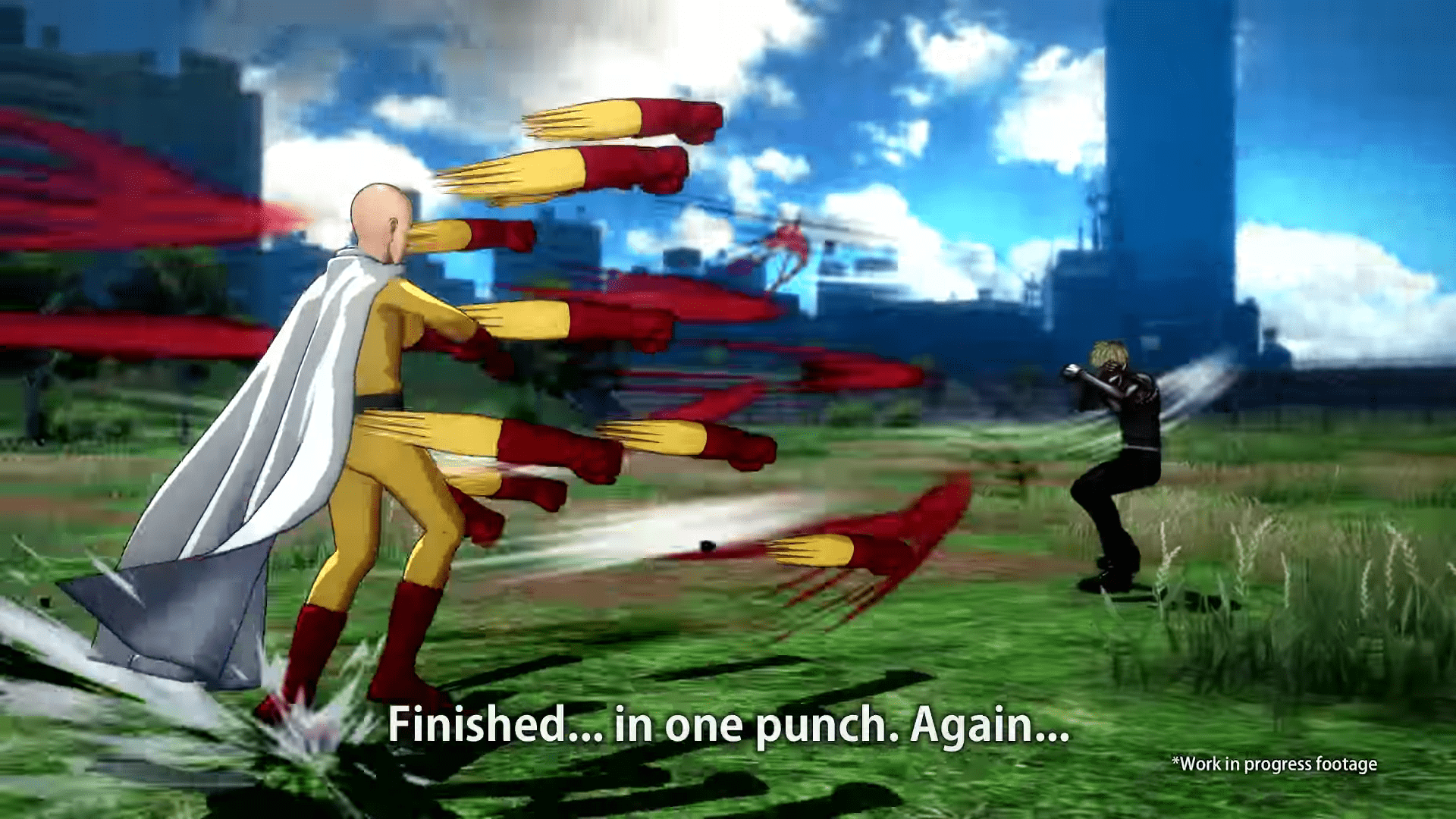 The hit anime and manga One-Punch Man will be getting its own fighting game developed and published by Bandai Namco and Spike Chunsoft. The series will be released on the PlayStation 4, Xbox One, and PC. No word on the official date.

The news for the game came today when Bandai dropped a surprise trailer that shows off the main character of the series, Saitama, fighting against several familiar opponents from the anime, including Genos, Hellis Blizzard, Speed-o’-Sound Sonic, and Mumen Rider. The reveal trailer seems about par for the course for what you would expect from an anime fighting game.

In the trailer, each of the characters could be seen throwing a whole host of signature moves at the main character, Saitama. Even he has a shot where he sends a fast flurry of punches at one opponent. In another short clip, we see the character Mumen Rider using their bicycle as a club.

Apparently, the fighting game will also allow three-on-three brawling, but the released gameplay footage only showed the characters fighting against one another in single combat.

Other details about the game remain sparse. In the One-Punch Man world, Saitama is known for having the ability to defeat his opponents with a single punch. Of course, this wouldn’t really work out in a classic fighting game, so a pretty big question is how the game will handle this detail. Perhaps some plot device will weaken the main character to level the playing field as he faces off against other characters from the series.

The title is being developed by Spike Chunsoft, which is known for some of their other anime fighting titles including One Piece: Burning Blood and Jump Force. There’s little reason to doubt One Punch Man will differ much from these past titles.

Bandai Namco has not given an official release date for the upcoming title, but they promise it will be “coming soon.” Keep an eye out for when the game comes out if you’re a fan of the original series, fighting games, or both.