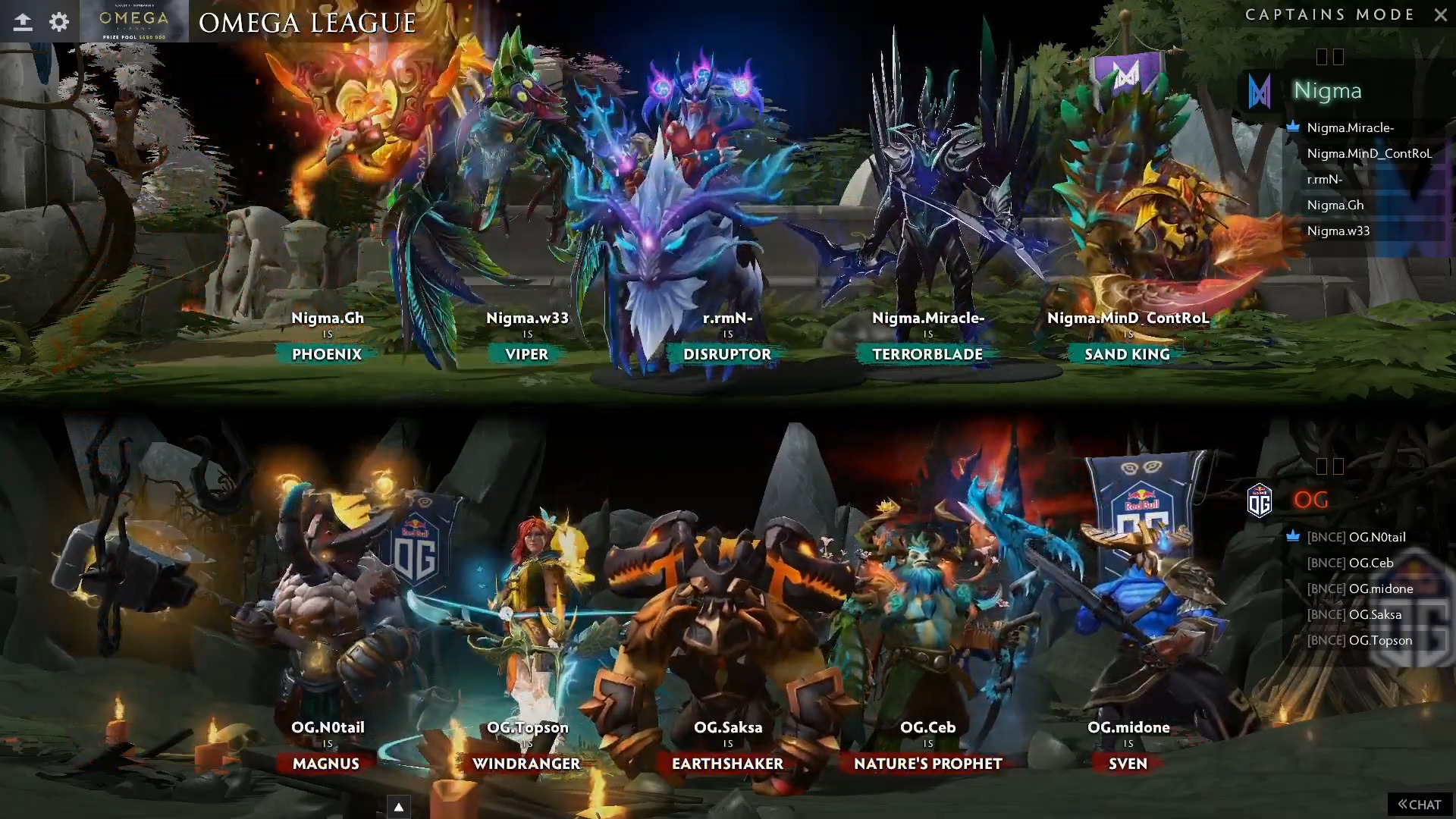 The European/CIS Immortal Division of the OMEGA League showed nothing less than competitive matches and excitement for fans. As the tournament nears its inevitable conclusion, OG and Nigma face off in the lower bracket semifinals. OG portrayed to be hungrier than their opponents as they sweep Nigma in the series, 2-0. Not to be deceit, the games are still fierce, with Nigma kicking off whenever they can. OG was simply unstoppable.

Since Nigma’s appearance in Dota 2‘s The International 2019, they have only won one of the seven series the team has played. Previously in the upper bracket, as well, the two teams in the spotlight have met where the same 2-0 result happened in favor of OG.

Send a missive to Héphaestos we're competing for the @OmegaDotaLeague trophy!

Even though they were facing the defending TI champs, Nigma came in ready to brawl it out in game one. The teams were seriously going at it, making moves and advances where they can. Both teams decided on the carry playstyle with OG’s Yeik Nai “MidOne” Zheng picking Sven, while his counterpart Amer “Miracle-” Al-Barkawi handling Terrorblade.

There was no dominant team during game one making it bloody with trade kills after another. The gold advantage keeps on swinging on each other’s favor, too. Late into the first match, Miracle- decided to take things in his hands and exploded with a rampage to OG. At that point, Nigma seemed to be on the winning path. Terrorblade just had too much stat on him for OG to even kill him.

The situation did not rattle the seasoned OG squad, though. The only two-time TI champions in history, so far, showed finesse under pressure. Topson keeps on looking for an opening to take the momentum in their favor. Luckily for him and their fans, Nigma’s GH Phoenix was caught off-guard, meeting his demise with a perfectly landed Shackleshot.

With that surprise engagement, OG held on to the flow who fazed the bleeding Nigma. N0tail and the squad secured a come-from-behind game one.

Confidence levels were adjusted after the ending of game one. OG relentlessly challenges Nigma’s defenses with lane swaps playstyle. Ceb, on his support champion Elder Titan, given Nigma a bait so his teammates can dive on the opponents. Topson’s second game was relatively quiet, but he steps up when it counts the most. During the latter part, his Tiny plays steamrolled MinD_ContRoL on numerous occasions; then, he moved on to the rest of their foes.

Nigma’s tournament life ended with that loss and a $60,000 prize money. OG, on the other hand, faces off Team Secret today at noon CST to conclude the OMEGA League. 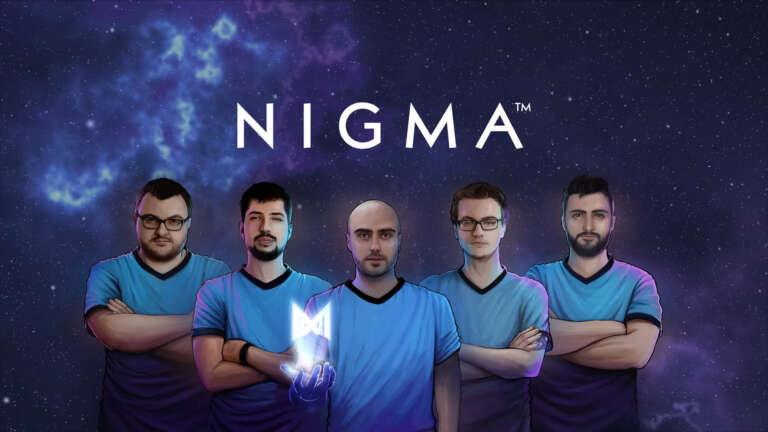 Nigma Will Compete At The OGA Dota Pit Without Team Captain, Coach rmN- Will Fill In

Sep 20, 2020 Richard Sebastian 5990
After The International 2020 has been canceled, teams are flooding other tournaments to showcase and gauge their lineup's prowess. In less than three... 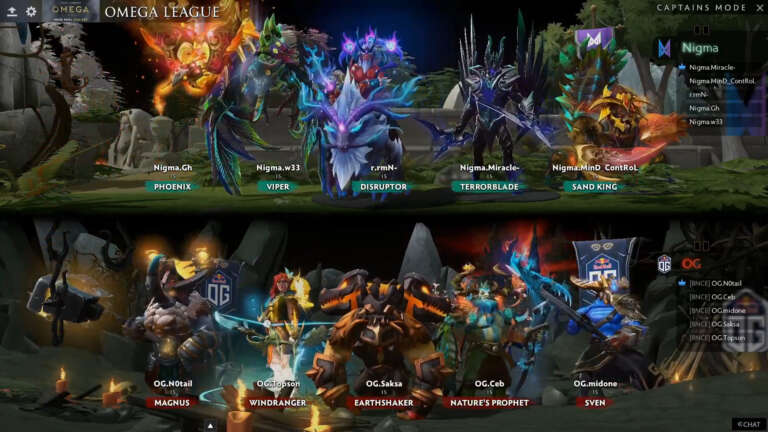 Sep 6, 2020 Richard Sebastian 6450
The European/CIS Immortal Division of the OMEGA League showed nothing less than competitive matches and excitement for fans. As the tournament nears... 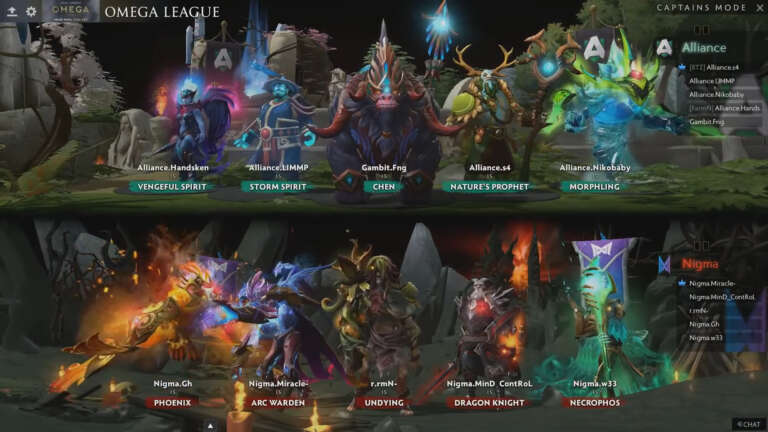 Sep 6, 2020 Richard Sebastian 6110
There's anything the Dota 2 fans love more than the game is an intense eSports matchup. The lower bracket of the Omega League's Europe Immortal...