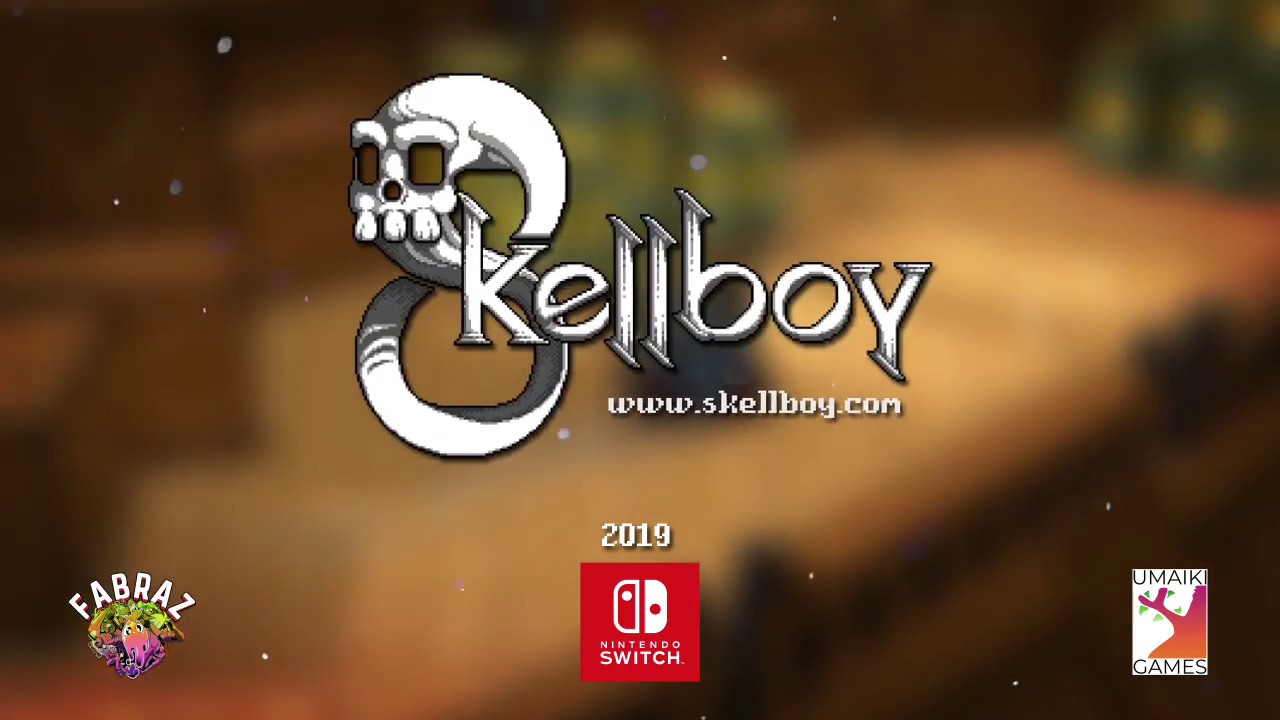 Skellboy starts off like most RPGs do; a peaceful world, suddenly struck by calamitous peril. But the situations are, shall I say, less than typical. When the king’s evil court magician is dumped by the princess, he uses his magic to resurrect all manner of forgotten horrors of the kingdom, turning the land into a monster-riddled nightmare.

But the greatest accomplishments can come from the unlikeliest accidents; the magician didn’t just bring back monsters, he brought back a hero. The greatest one the kingdom of Cubold has ever bone–er, known.

Assume the role of Skippy, the resurrected hero, travelling across the kingdom of Cubold with your new skeletal body. A major aspect of Skellboy is, since you’re a skeleton, you can swap out body parts to gain new abilities for battle. Weapons can also be gotten the old-fashioned way, by simply finding them. Use anything and everything at your disposal to fight back against the magician’s lackeys and save the realm!

Skellboy prides itself on the intricacy of its action-rpg elements. Your skills will be sorely tested, and exploration will be rewarded handsomely. There’s over 100 weapons to outfit yourself in Skellboy, including swords, clubs, axes, hammers, even scepters. Find what you can, use what you can, mix and match what you can; no weapon’s off limits when taking on an evil magician.

Skellboy is the product of Umaiki Games, a studio that develops “super neat games.” With quite the pedigree of games under their belt that involve cute, aesthetically pleasing aspects, with Skellboy the latest in their history, they’re hoping to continue the trend.

And as they’re an indie studio, they’re heavily involved with their fanbase. Their blog features the history of their works, the backstory of their workforce (founder csg has been programming since he was 10), and they engage actively on social media, found across Twitter, Tumblr, YouTube, and Facebook, putting a face to the names and building great rapport with their fanbase. Currently, they have a course involving Game Maker 2, and how to develop your first game with it, offering tips and tricks on the trade.