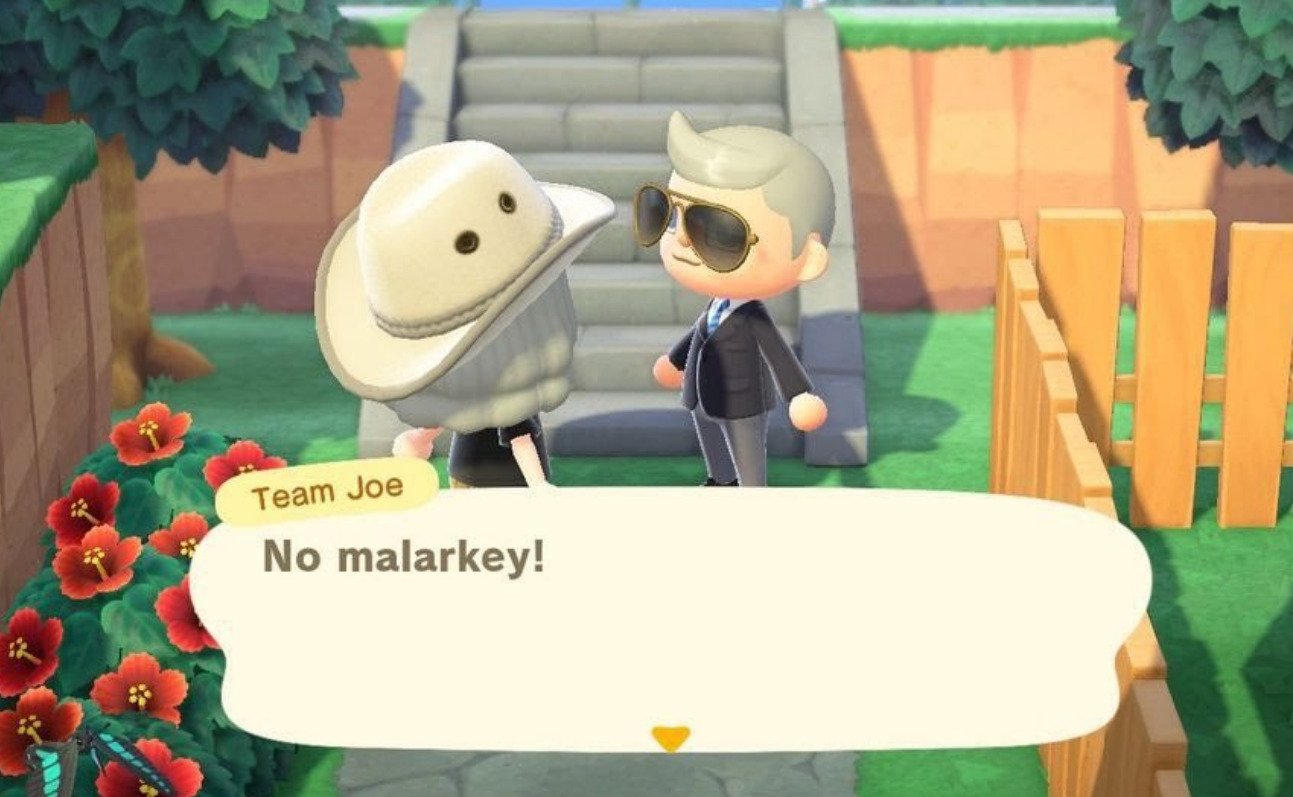 Nintendo is trying to keep political movements out of the Animal Crossing: New Horizons world, going so far as to threaten to ban users who engage in any kind of political activism on their island.

This includes a number of Hong-Kong pro-democracy campaigners who have been using the virtual space as a safe platform to spread their messages amidst growing violence in the real world.

Nintendo issued a press release last week, where it asked users to “refrain from bringing politics into the game,” and noted that anyone breaching this policy could be banned from the game completely.

Animal Crossing: New Horizons was a smash hit for the Japanese gaming company this year, releasing in March toward the beginning of the COVID-19 pandemic.

By September, Nintendo had sold more than 20 million copies of the game.

On your Animal Crossing island, players can create decorations, craft tools, and develop comforts to personalize their very own deserted island paradise.

Some users have found other uses for the platform, namely political messaging.

Many political protestors in Hong Kong have taken to the virtual world of Animal Crossing: New Horizons to protest with anti-government content, targeting the communist Chinese regime.

This has included flags that feature protest slogans like “Liberate Hong Kong, revolution of our times.” Others have created funeral photographs showing Chinese leader Xi Jinping, which has caused the game to be pulled completely from Chinese gray market online shopping platforms.

But the world of US politics also entered the virtual world of Animal Crossing: New Horizons, with United States President Elect Joe Biden’s campaign launching its own island last month, before the election.

Context: Biden’s campaign used Animal Crossing for promotion (had to be the best political stunt of the year tbh) https://t.co/2omjfNr1pNpic.twitter.com/elbQ5tQAjT

The Biden campaign created its own island a month before the US presidential election, where players could volunteer at the virtual campaign HQ, visiting polling stations throughout the platform. Under this new policy, it is likely that the president elect’s island will have to go away.

“What Animal Crossing represented was not just entertainment during lockdown, but also a reflection of happenings in real life,” activist Joshua Wong said. Wong had taken part in several political protests within the game this year. “It provides an alternative when institutional channels of expression are restricted. It is a shame that Nintendo overlooked the significance of this game.”

While Nintendo was within its rights to shut down political and corporate messaging within the world of its game, the platform represented a safe and secure means of peacefully protesting for a lot of people during these troubling times.

Not to mention that the idea of a political protest taking place in a virtual space could help get messages out while also maintaining social distancing and stopping the spread of COVID-19.

Tasha’s Cauldron Of Everything: Path Of Wild Magic Barbarian Sees Final Revision In Wizards Of The Coast’s Newest Rules Expansion