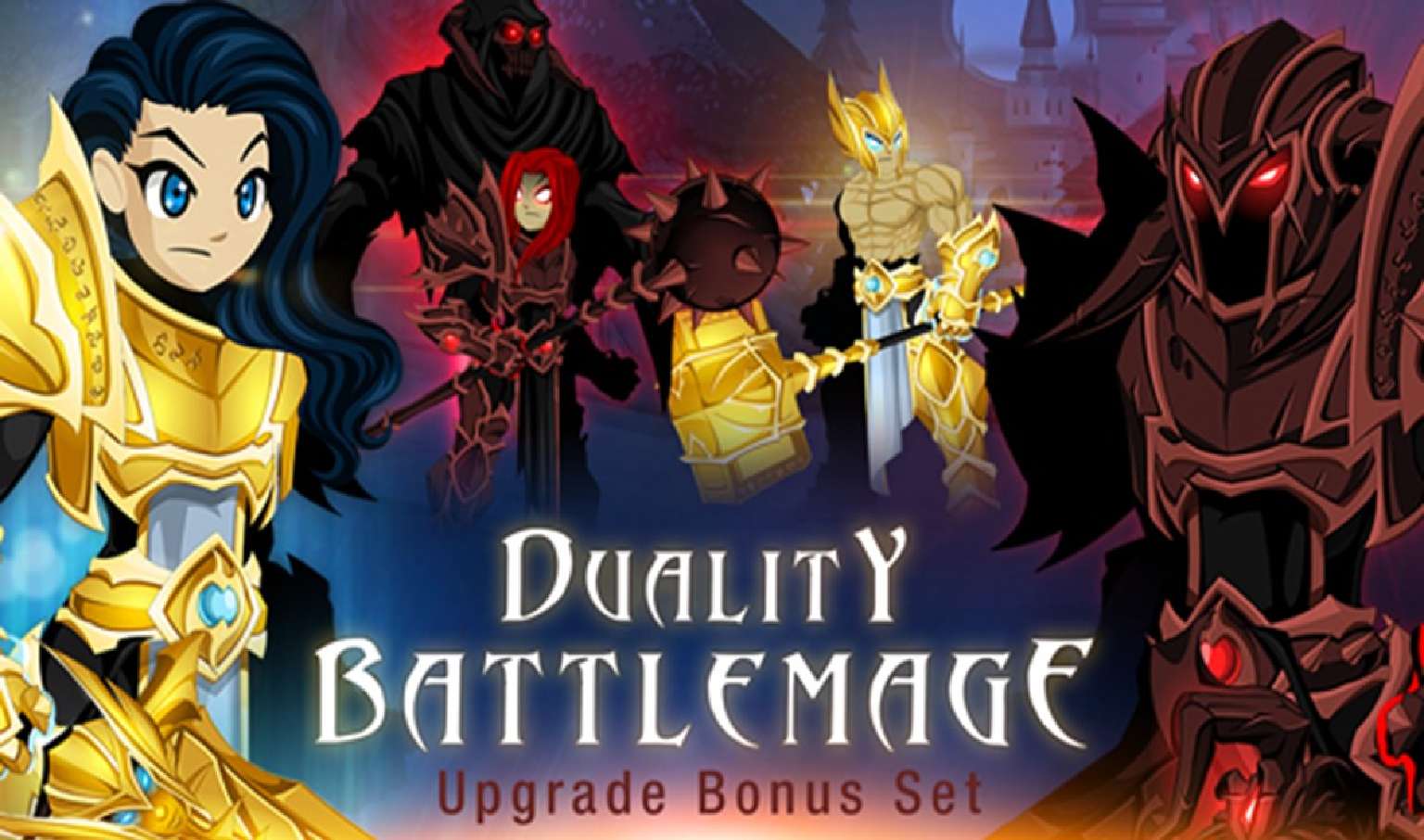 As with any game on the free to play model, AdventureQuest Worlds makes their money from both real money shops and memberships to the game. And as always, the team wants players to become members in order to keep the lights on at the Artix Entertainment offices.

With this new series of upgrade bonuses, the team reflects on how Light and Darkness are eternally linked, and how the player choice reflects the hero they are inside. And in the opening quest to AdventureQuest Worlds has players choose whether they want to play a Light, or Good aligned, character or Dark, or Evil aligned character. And by purchasing a membership package or at least $10 dollars of AdventureCoin, players can unlock all 34 Light and Dark items in the Duality BattleMage upgrade bonus set.

For 12,000 AdventureCoins or 12-month membership, players can get access to the following package rewards. These include all the previously mentioned Light & Dark Battlemage gear, 7 Rep/XP/Gold/Class Points boosting items, 10 Wheel of Doom Tickets, which are worth 2,000 AdventureCoins, and a character page badge. Both the boosts and Doom Tickets will be added directly to the player’s inventory.

For 2,000 and 5,000 AdventureCoins or a 1, 3, or 6-month membership package, players get access to all the Light & Dark Battlemage gear, 5 Rep/XP/Gold/Class Points boosting items added to their inventory and a character page badge.

To unlock these sets, players will head to their account manager, click on the Bonus Packages tab, and chose the Light & Dark Battlemage bonus set. From there, players will log into their game account, open their Book of Lore and head to the Other Achievements tab, scroll until you find your new badge, open the shop, and grab their new gear.

These are not the only upgrade package, however. Players who get the packages get access to all the previous upgrade packages, which include the BattleMages of Light and Darkness, the BloodVoid Knight of Nulgath sets, the GlacialFrost Royalty, the Apocalyptic Werepyre armor sets, the ShadowFlame DragonMage and Enchanted DragonMage, the Galactic and Solar Pirate Commanders, the Yami no Akuma/Hikari no Akuma and floating Guardians, the Infernal Invoker/Enchanted Invoker/Legion Pyromancer sets, the DoomDragon’s Master mount/rider armors, the Infinity Titan Class/Throne/House, the Galactic Captain/Galactic Battle Pilot sets, the     Paragon Fiend/Legion Paragon Fiend Rider, the Akiban Defender, the Copper Void ChronoKnight and the Golden Northlands Royalty.

This is a generous package for just $10 dollars, and it helps the Artix Team continue to do what they love. So if you’ve got the money, pick these up and BattleOn!

Mar 2, 2020 Sean L. Akins 5080
With March here, AdventureQuest Worlds releases a unique set for players to purchase. And this year, it's based on Dage's Art. In AdventureQuest...

Mar 2, 2020 Sean L. Akins 5820
It' time for the return of Dage-mas, and with it, a new assortment of equipment. And this year, they finally add something that's been a standard of...