New Updates Are Coming To Super Mario Maker 2, Including An 8-Bit Styled Link 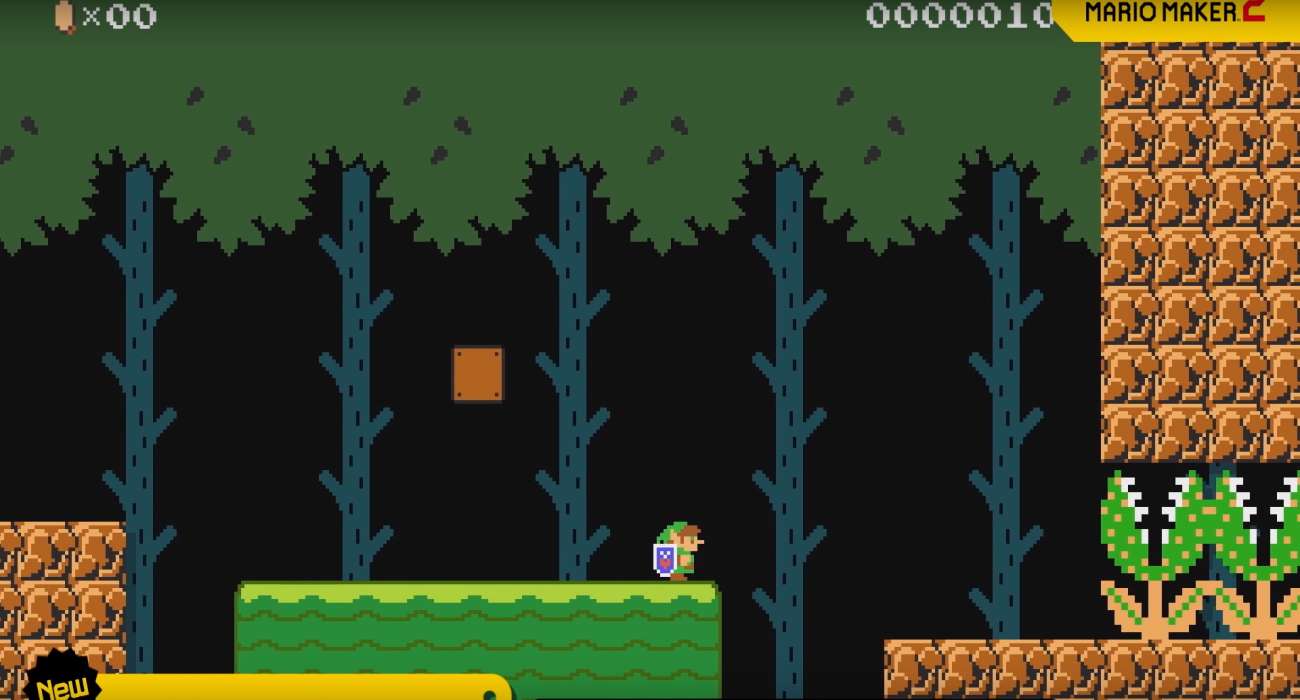 Super Mario Maker 2 has been a smash-hit thus far for Nintendo. If you’ve played any Super Mario Bros. game in the past, the Maker series has similar platforming elements. Only, you get to create your own levels. That presents so many more unique platforming experiences that you otherwise might not have experienced.

Up until just recently, you could only play with Mario. Now, in an upcoming update, you’ll be able to play with one of the most iconic video game characters in history, Link. His reveal was made official in a trailer announcement, which shows Link with an 8-bit style. It’s pretty cool and instantly makes Super Mario Maker 2 all the more unique.

This new character isn’t just a cosmetics upgrade. Link will — in fact — be able to perform a lot of different moves that weren’t previously possible. For instance, Link has a bevvy of ways he can approach combat with his sword and bow. The later weapon has the ability to shoot three different arrows, which enhances the spread and improves your ability to take down multiple enemies with one well-timed shot.

It’s great seeing Link being brought to a Super Mario Bros. game. These two entities are icons in their own right and thankfully, they finally collided. The update will be available December 5 and even better, it’s completely free for everyone. That’s not all. A new mode is also being added called the Ninji Speedrun. In this mode, you’ll have to race against the clock through levels created by Nintendo. It seems like a great addition, especially for those that like putting their quick-thinking to the test while facing off against a bevvy of challenges.

Lastly, a bunch of course parts are being introduced. They should give creators more options for building unique structures for their Mario or Link character to get past.

Even before this update, Super Mario Maker 2 was a phenomenal game. These updates just further improve the platforming experience, whether you’re creating your own levels or venturing through those created by the community. There is just so much content included. You could honestly spend months trying everything the community has created. The courses are updated on a regular basis as well, so there’s always something new to look forward to.

If you haven’t had the chance to check out this unique and addicting platformer, now’s the perfect time with this recent Zelda-inspired update. Who knows what Nintendo will come up with next?