New Skins For Genji, Symmetra, And Mercy Will Be Released In Support Of The Overwatch Contenders Season 2 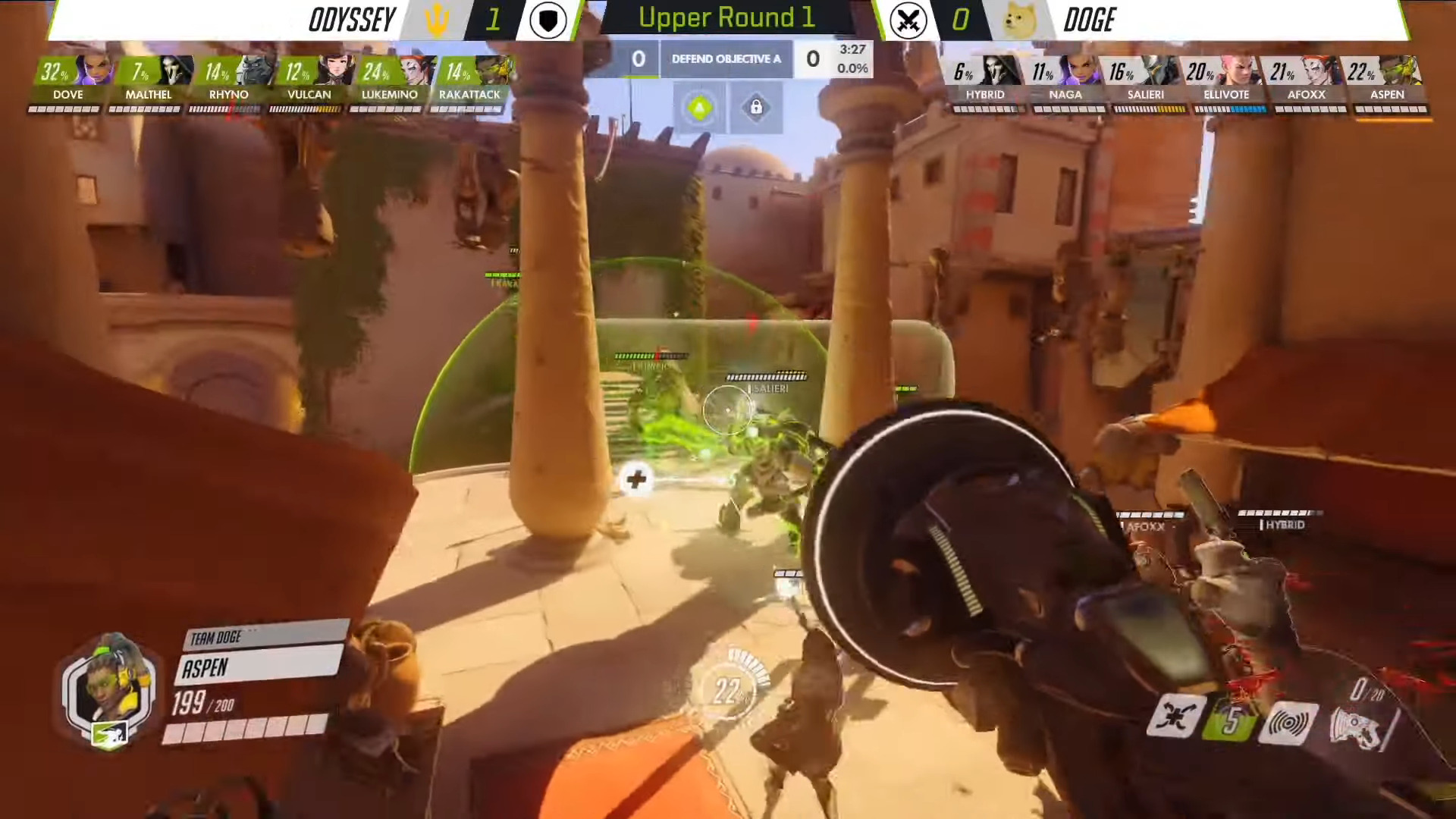 With the main league reaching its conclusion, Blizzard now focuses on its offseason and the Tier 2 scene with the Overwatch Contenders. And as the competition kicks off, the developers have produced three new skins for some of the most popular heroes. Genji, Mercy, and Symmetra will all be the recipient of the shiny home and away skins. The skins can be earned by watching a set amount of hours or by simply logging in.

Also named as the Overwatch Path to Pro, the Tier 2 tournament’s Twitter account writes, “We’re excited to unveil the Contenders Viewership Rewards Program! Through October, you can earn Contenders skins for Symmetra and Mercy by supporting Tier 2!” And the best part is fans of the skin don’t have to do anything but watch the live stream and accumulate hours. On top of these, viewers will also acquire league-branded icons and sprays to taunt or showoff to your opponents.

We’re excited to unveil the Contenders Viewership Rewards Program! Through the month of October, you can earn Contenders skins for Symmetra and Mercy by supporting Tier 2! Find out how in our announcement belowhttps://t.co/F4V055cQ0L pic.twitter.com/mv7aXPemoU

To be eligible, head to the official Overwatch Contenders website. In the upper right corner, click on “My Account” and promptly choose “Log In” on the drop-down menu. For those who have several Overwatch or Battle.net accounts, make sure to enter the credentials for the one that you intend to earn the skins. Once successfully logged in, players will immediately earn the Genji skin, which features gray and neon green tournament colors.

On the official blog post of the Contenders, the community was also informed that this wouldn’t be the last time rewards can be earned by watching the stream. “Each month during the Contenders season, a set of skins for two different heroes can be your reward,” the post writes.

After watching seven total hours of Contenders content for October, fans will unlock Symmetra’s dedicated home and away skins. And after a total of 15 hours, players will receive the same variation of skins for Mercy. And since the showrunners intend to do this every month, the viewing hours will be reset at the end of each month. Special Contenders events, such as the Gauntlet, could potentially earn fans even more cosmetics in the future.

Since leaving Twitch and signing with YouTube as their exclusive streaming partner, both the Overwatch League and Contenders have seen fewer viewer count. Whether the pandemic impacts those numbers or not, this program is a clever way to welcome viewers of the competitive Tier 2.

Season two kicks off with the Korean region that streams at 11 P.M. PST. WGS and Team BM will premiere the competition.

Blizzard Announces End Of Major Updates For StarCraft 2, Confirming The End Of New Major Content For The RTS