New Details Emerge On Gears Of War 5 During A Recent PAX Panel, Will Have One Of The Biggest Maps In The Franchise’s History 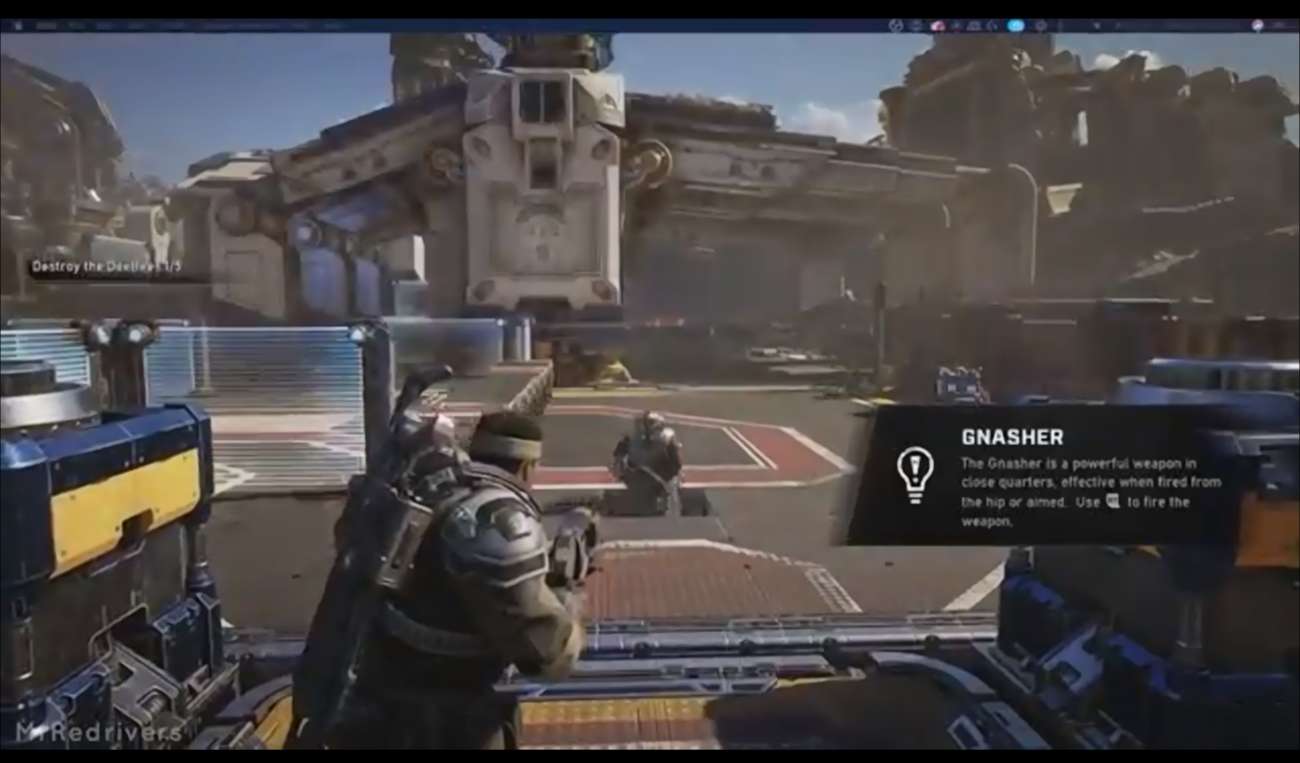 Gears of War 5 is currently set to release in just a couple of days, September 6 to be exact. It’s shaping up to be one of the best installments in the series, which can be attributed to The Coalition’s constant need to progress the story and online modes. This latest installment could take us in a completely new and exciting direction, as Kate Diaz digs deeper into her Locust past.

The Coalition has also done a good job at unveiling details of the game every month. We recently got some more thanks to a recent PAX Panel in Seattle, Washington. One interesting admission coming out of this event was the fact that Gears of War 5 is getting a map in its single-player campaign mode that’s massive in size. According to The Coalition, it’s so massive — in fact — that it’s 50 times the size of any other map the developers have done in the past.

Rod Fergusson, Coalition’s studio head, also revealed at the panel that players will be getting a floating companion named Jack in the campaign mode. He will act as a helper for various missions. He should make the campaign not feel as lonely for players going at it solo. Jack is getting several unique powers, including the ability to cloak yourself in desperate times. It should come in handy when trying to take a more stealth-based approach in certain situations.

In the past, these games pretty much had automated combat sequences designed that initiated the action for your squad. That won’t be the case with this latest installment, though. You will in fact be given the freedom to initiate combat whenever you want. Thus, you’ll be better prepared for upcoming battles and won’t have to pick up the controls too quickly after a cinematic sequence.

The campaign is looking like an important element of Gears of War 5. These latest updates are painting a pretty compelling storyline and improved combat features. If Gears of War 5 is successful, then there’s no reason why The Coalition can’t pump out many more sequels going forward. They know the franchise well and are taking it in the right direction.