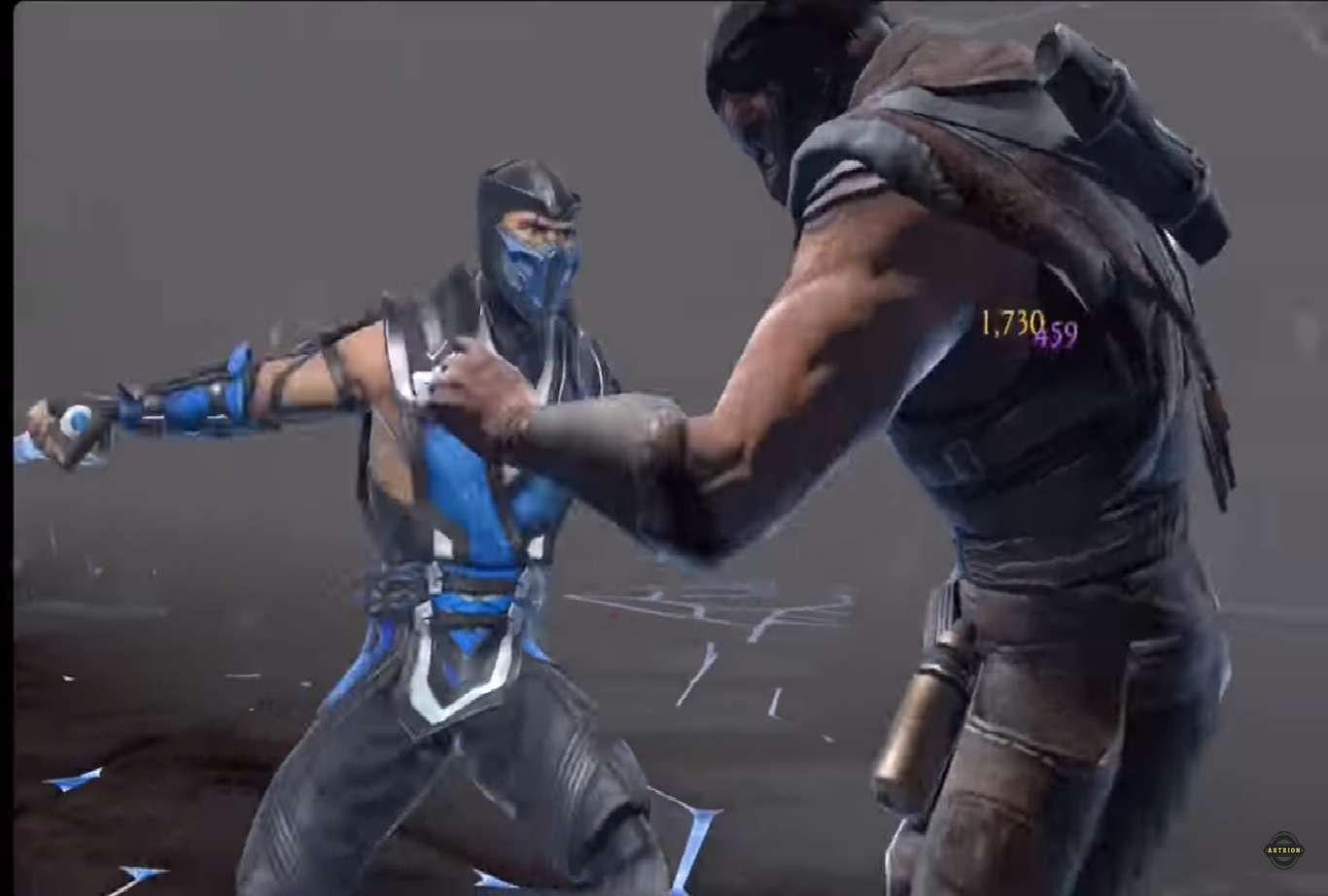 Mortal Kombat Mobile updated the game to version 2.4 on December 13, 2019, and with that update comes a great deal of new things. These new things include new characters, new character cards, new armor cards, new weapon cards, and more. But the major focus of this update is the second character to hold the Sub Zero mantle, Kuai Liang.
The first things that come with this update are new character cards. The first is the Dark Fate Terminator card, based on the version of the Terminator from the recent movie. This card’s passive, Terminator Rising, has the Terminator cancel all Krushing Blows, X-Ray Attacks and Fatal Blows performed against him. Also, this passive makes it so after being defeated, the Terminator turns into an Endoskeleton. When in Endoskeleton mode he regains all health, loses all power toward special movies, and is immune to Poison, Bleed, and Fire. The Terminator also takes up to 30% less damage when in the Endoskeleton model.  His specials, Sawed-Off, Eat That, and Chill Out are all based on his Mortal Kombat 11 move set.

The Dark Fate Terminator has its T-800 Endoskeleton Equipment Accessory and can be unlocked with booster packs.

Update 2.4 also adds data for Assassin Skarlet, though she will not be available until January. Assassin Skarlet’s passive applies the bleed effect to the opponent team at the start of the match. When anyone is bleeding on the other team Assassin Skarlet Siphons power. Her specials, Cell Siphon, Tentacles, and Bloody Fun are based on her Mortal Kombat 11 specials and Fatal Blow respectively.

And finally, we get to the Sub Zero stuff. First off, we gain Kuai Liang’s Scepter, and when equipped by Mortal Kombat 11 Sub Zero, he gains 1.5 Bar of Starting Power, 100% Lethal Blow chance against enemies affected by Freeze, adding +300% damage to it, and a 500% Damage boost. This is gained via the Lin Kuei Tower.

In addition, if this is equipped alongside with another 1 item from Kuai Liang’s set, Diamond Character gains a 40% chance to perform a Special Combo Ender dealing massive damage. If it is the last opponent and they are under 25% health, Character performs a Brutality instead, ending the fight immediately. This item also acquires 100% Chance to apply Bleed when hitting an opponent affected by Freeze.

Kuai Liang’s Bracers grant 40% Basic Attack damage boost and a 50% Damage boost. Sub Zero also gains a 100% Max health boost. And like the Sceptor, if this is equipped alongside with another 1 item from Kuai Liang’s set, Diamond Character gains a 40% chance to perform a Special Combo Ender dealing massive damage. If it is the last opponent and they are under 25% health, Character performs a Brutality instead, ending the fight immediately.  It also grants a 20% Chance to Freeze an opponent on blocked basic attacks.

And since both items mention it, The Lin Kuei Tower will be similar to the Tower Of Horror from the previous update. Rewards include Epic, Rare, and Uncommon Lin Kuei Tower Equipments. And the final reward for the Lin Kuei tower is a Diamond Sub-Zero card, Kuai Liang’s Scepter, and Bracers. This equipment set will be required to perform a Brutality.

Focusing on Sub Zero gives the developers a chance to get into the Holiday season somewhat, given that Sub Zero is a master of cold. But cold or not, fans of Mortal Kombat mobile won’t want to miss out on this limited time event.