Monster Hunter World: Iceborn Is Getting A Resident Evil Crossover, Which Will Include The Addition Of Leon And Claire 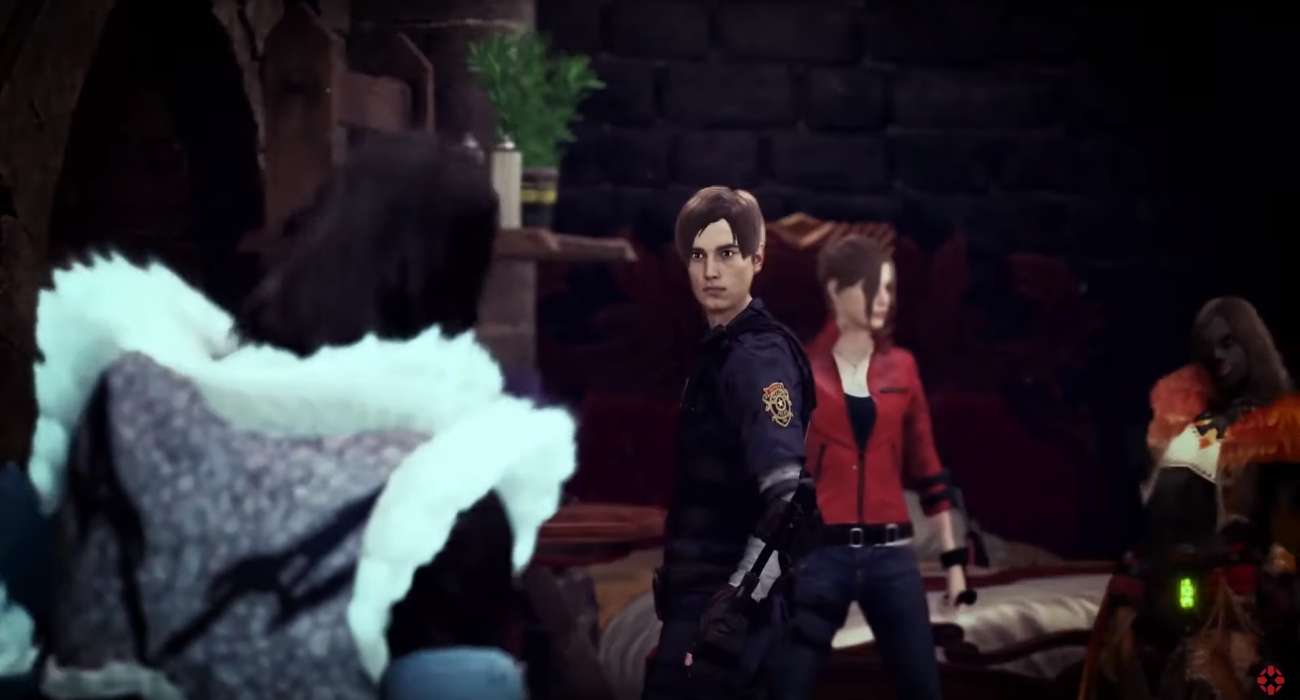 Monster Hunter: World was a huge success for Capcom by all accounts. It would be perfectly normal to rest on these laurels and move on to another game, but they didn’t. They continued to support the game with an expansion, Iceborn. It can be considered an entirely new game in a lot of ways. It is in fact that largest area in the entire Monster Hunter: World universe.

Players seem to enjoy what Capcom did with the icy environments and monsters. Some iconic monsters have returned, but a lot of new ones have shaken things up for players returning to the game. Even though Iceborn hasn’t been out that long, it’s already receiving its first crossover event.

Get ready for a Resident Evil-themed event. That’s right. This iconic survival-horror game is making its way into the Iceborn expansion pack, and to celebrate this news, Capcom recently put out a trailer. We see the beloved heroes Leon and Claire adorned in Monster Hunter clothing and wielding Monster Hunter weapons.

The trailer then cuts to them inside some sort of mansion. As they’re looking around, zombies slowly surround them. We then see gameplay elements of players dressed up as Leon, Claire, and zombies. It thus is pretty accurate to assume this crossover event gives Iceborn players access to Resident Evil 2 (Remake) character costumes. What a brilliant idea from Capcom.

They’re the creators of both franchises, which have put out some of the best-selling games of all time. It makes sense that these two iconic series would co-mingle at some point, and now that is finally coming to fruition. The crossover event will begin sometime in November.

If you’re a fan of both franchises, you’re probably eager to get your hands on these costumes. It should change up the combat both visually and even performance-wise, as there’s a clip showing players dressed up as Leon firing off some sort of machine gun. That would be cool to see if true.

There are already a ton of cosmetic options in this expansion, and these Resident Evil-inspired costumes seem like the perfect way to extend Halloween for just a little longer. Even Mr. X will be making an appearance in this expansion, which is terrifying and exciting.

The crossover event sort of is coming out of left field. It has never been done by Capcom before, but judging fan reactions, it will make Iceborn that much better of an expansion.