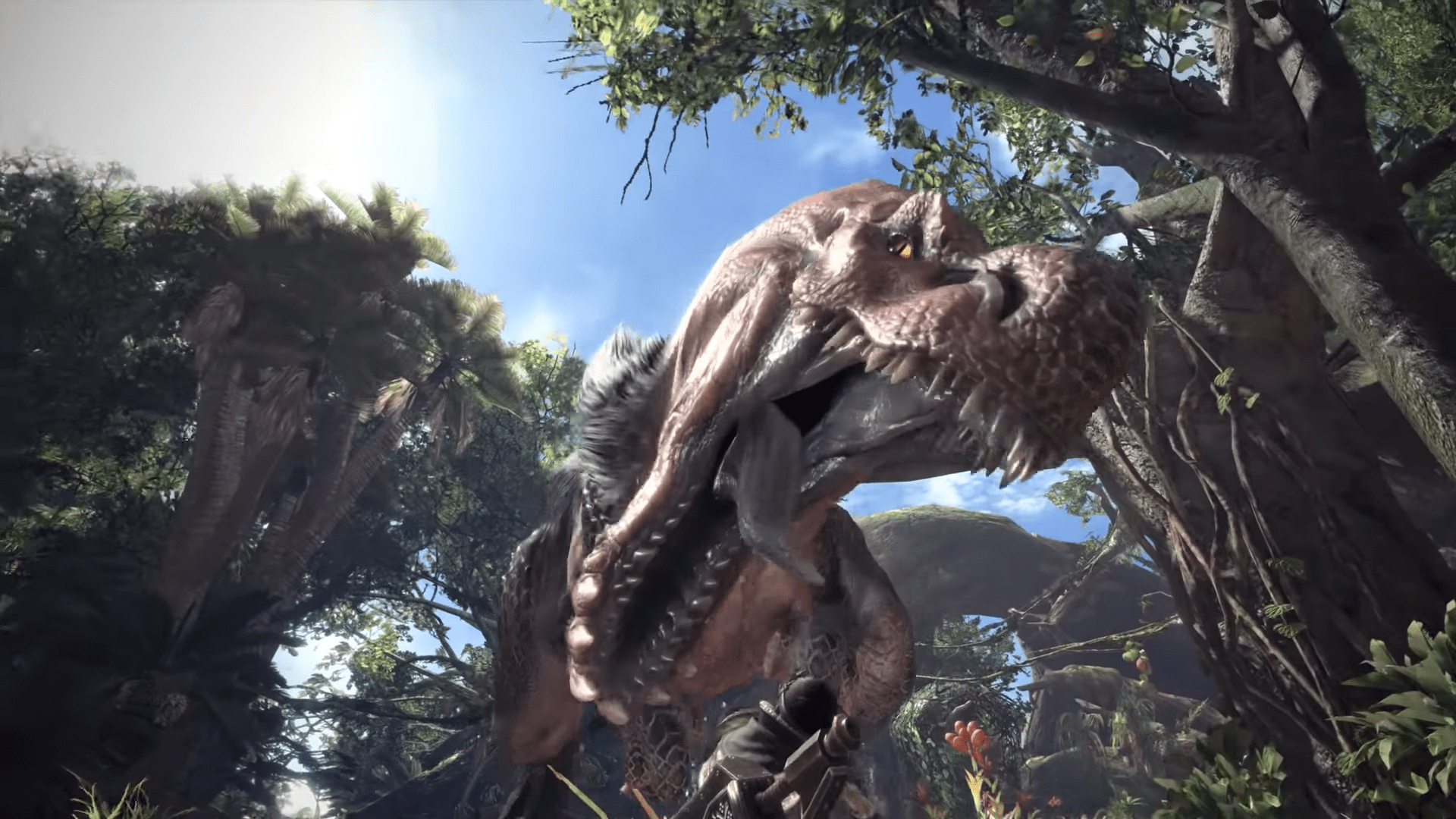 Monster Hunter: World has now been out for two years for PlayStation, Xbox, and PC; it brought with it a slew of changes, primarily being a singular map that no longer features loading between 20 different regions as you’re attempting to slay a beast, along with it finally stretching its proverbial wings beyond Nintendo consoles.  Much as Monster Hunter: World did with its first anniversary, we have another in-game event to celebrate their second one.

Titled as the Grand Appreciation Fest, it brings the now-standard feature for in-game events at having both Gathering Hubs decorated appropriately, with adorable streamers and banners being placed wantonly and festively.  In typical Capcom fashion, the outfits are wildly out-of-character for the title, with tuxedos and top hats being readily shown along with starry robes and outfits for Palicos and hunters alike.

If you don’t have the pricey Iceborne DLC, however, your celebration may be less than others; owners of only the base game unironically don’t get the Grand Appreciation Fest, and they’ll have to make do with only the Appreciation Fest hosted in Astera’s Gathering Hub.

Capcom appreciates these users, simply not as much as users who opted to purchase the Iceborne DLC.  The Appreciation Fest features the Gala Suits, and relatively tacky Felyne Star suit for your Palico to push those meager celebrity vibes in the 1970s.

If you have the Iceborne DLC, you get offered the Grand Appreciation Fest, along with the more toned down festival offered to base game owners.  At the Seliana Gathering Hub, Iceborne users can get the much more stylish Astral Layered Armor, fitting the theme of players being the ‘stars’ of the title.  The Astral Armor is necessary for players that want to make the most out of the event with VIP tickets.

VIP Gratitude Tickets are earned by helping out other hunters via the hunter helper system, but they have a drop rate rather than being guaranteed and are needed to build various decor for your room, Silverwisp Pendants, and the Astral Layered Armor that gives the same dazzling appearance, layered over the armor that you prefer.

The Astral Armor gives some nice skill bonuses, but as an entire set, players receive the added bonus of increasing the number of VIP Gratitude Tickets that are dropped.  It seems a bit crude for Capcom to so readily segment the two events, creating a disparity between the have’s and have-nots, but that’s how this event is playing out.  It is very likely that future events will be similarly tiered.

In a separate post immediately after the event announcement, they have stated that they’re still attempting to increase playability along with fixing the 100% CPU usage that continues to stymie many in their attempts to play the title.