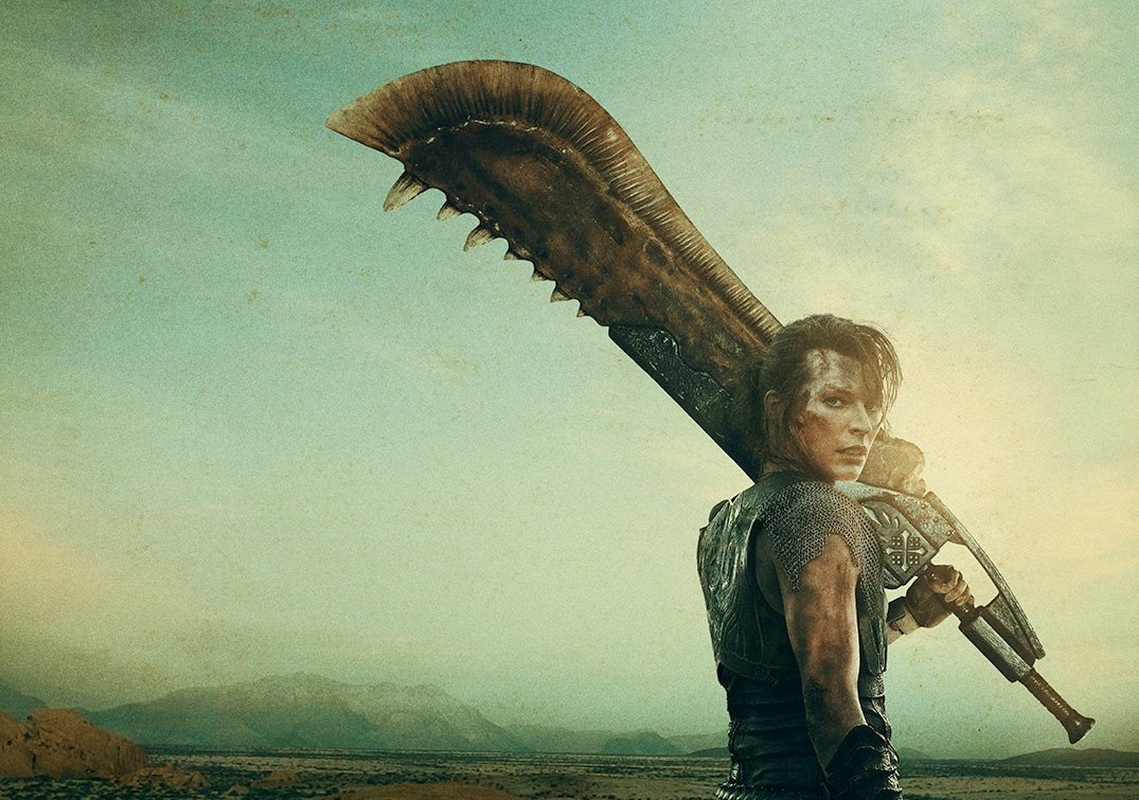 The live-action adaptation of Capcom’s Monster Hunter series has revealed its first posters of Milla Jovovich and Tony Jaa in their new roles. Additional information, such as the plot and weapons from the game have started rolling out.

The Monster Hunter film stars Jovovich as Captain Natalie Artemis. Paul W. S. Anderson is Directing, Producing, and wrote the script for the film. Gamers may remember the duo from the Resident Evil film franchise, which starred Jovovich as Alice, a new character to the series.

Choose your weapon. See the Official Teaser Posters for @Monster_Hunter, in theaters this fall. #PAXEast pic.twitter.com/aRt7K9WFwi

The story takes place both in modern and the fictional world of Monster Hunter. Captain Artemis is on a scouting mission when a sandstorm appears. She wakes up in the world of Monster Hunter. Based on the promotional images and movie posters, it seems that she’ll team up with Jaa’s The Hunter along the way. Other plot information reveals that Captain Artemis is trying to ensure that the monsters from this fantasy world don’t appear on Earth.

In the new movie posters, Jovovich is holding the Giant Jawblade weapon, while Jaa wields the Great Hunter’s Bow. Both weapons were in the game series.

The plot of the film is only loosely based on the game series. Anderson has heavily modified the plot but kept in some familiar environments, weapons, and other material that fans of the game series will recognize.

Not much additional information about the film has been released. Other recent news includes the rating, which will be “Rated PG-13 for sequences of creature action and violence throughout.” states the MPAA. This is along the lines of the game series, with the most recent title, Monster Hunter: World, having an ESRB rating of “T for Teen.”

The Monster Hunter series has been popular around the world for decades. It was recently announced that the film would be released on the same date in both Japan and in the United States.

The game series takes place in a fantasy world. Players take control of a Hunter who has to travel around different areas slaying monsters. The series has been one of Capcom’s more well-known series around the world and once again the company has teamed up with Paul W.S. Anderson to bring another one of their franchises to life.

Monster Hunter is scheduled to be released in theaters on September 4, 2020.