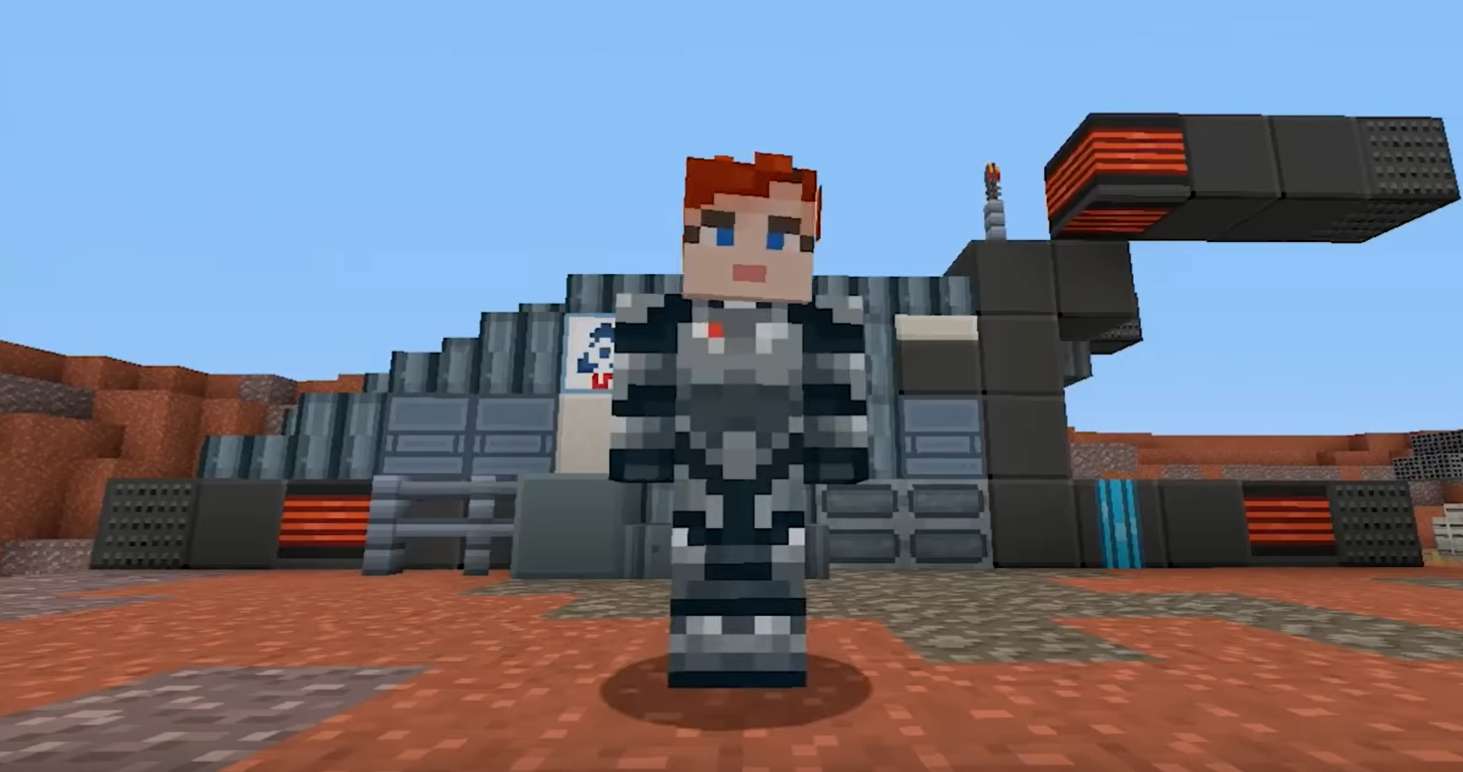 Fans of Mass Effect haven’t had a lot to celebrate in the last few years. After the commercial and critical failure of Mass Effect Andromeda, it seemed to many as though their adventures through the Mass Effect galaxy may have ended for good.

While there is no news regarding a new Mass Effect game, the world of Mass Effect is coming to Minecraft on the Nintendo Switch with the release of the Minecraft Mass Effect Mash Up.

Fans of Minecaft know that this DLC pack is not new. It first debuted back in 2014, tying in with Mass Effect 3. However, this month marks the first time that it is coming to Nintendo Switch. Initially, Mojang released platform specific versions of this content, meaning that many of the Mass Effect creations were never experienced by the larger community.

However, the full pack is now available on Android, iOS, PC, Xbox One, PlayStation 4, and Nintendo Switch.

What is this DLC going to cost?

There are 38 Mass Effect character skins included with the pack, along with all new textures that have also been inspired by the universe of the Mass Effect games.  You’re also going to experience themed menus and a compilation of songs from the soundtrack of Mass Effect 3.

The most major addition comes in the form of an all new world, which is modeled after the Mars Base Camp from Mass Effect 3.

Mass Effect has had a lot of ups and downs since its initial release on the Xbox 360. Eventually, the series came to the PlayStation 3 as well, but fumbled in its third installment.

Fans the world over were disappointed in the ending of Mass Effect 3. A series that was built on player choices seemed to disregard that entirely for a cookie cutter ending that closed out one of the most epic game stories of all time with little more than a whimper.

Players were so displeased that Bioware actually released a free DLC patch designed to expand upon the ending and add some more choice elements into it. Despite that, the franchise’s once stellar reputation took a resounding hit.

The recent release of Mass Effect Andromeda didn’t help matters much. A much smaller scale story was the least of this game’s problems. It suffered massively from buggy gameplay that often crashed or caused game-breaking glitches that caused most players to swear it off completely.

Sora From Kingdom Hearts Is Japan's Number One Choice for A New Smash Bros. DLC By Far