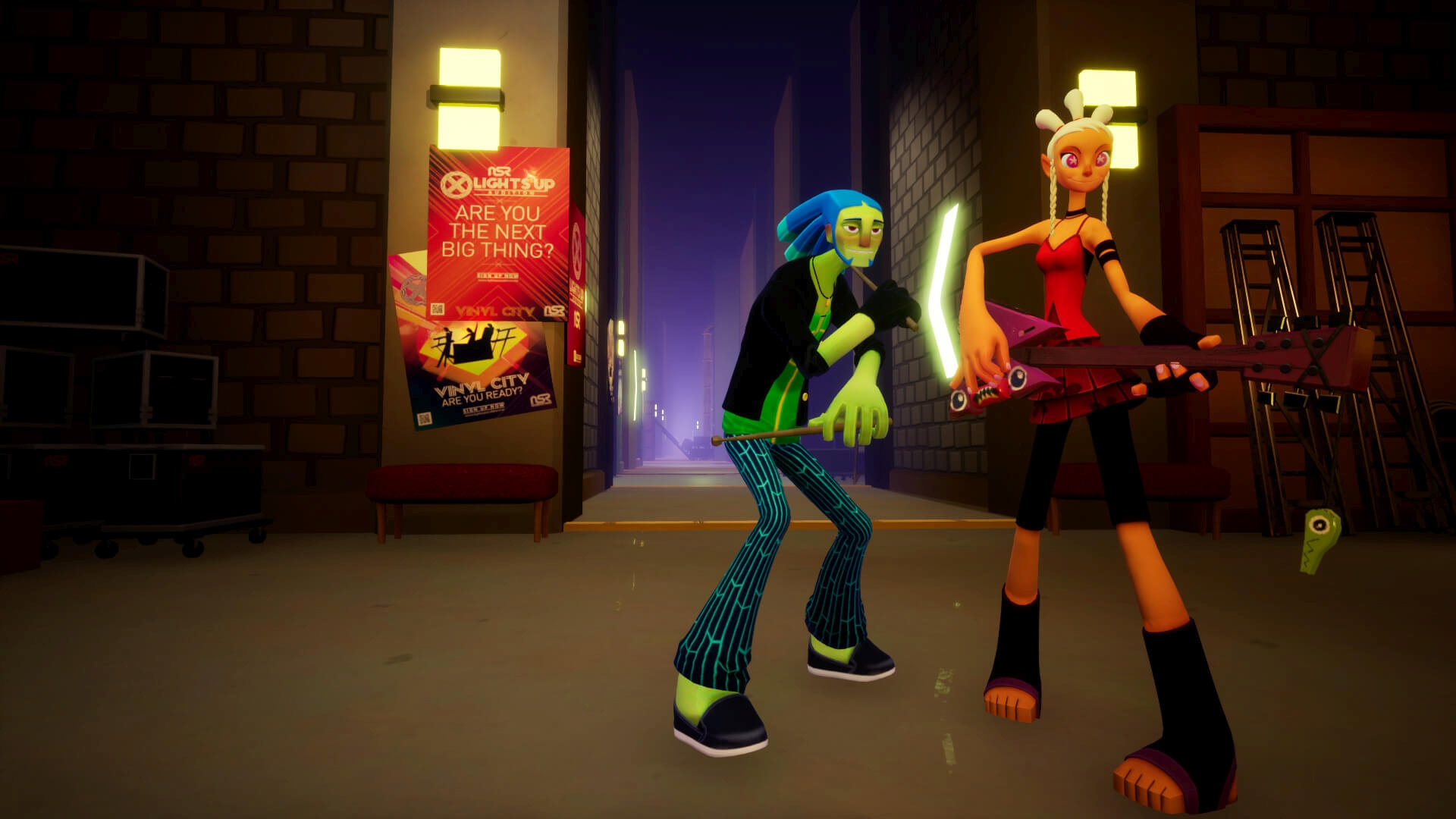 Publisher Sold Out and developer Metronomik has announced the upcoming release of No Straight Roads, a music-based action-adventure game.

In No Straight Roads, players take control of indie rock band musicians Mayday and Zuke in Vinyl City. After being rejected, the musicians work together to fight back against the EDM empire No Straight Roads. Along the way, the musicians find out the evil intentions of the empire, and now it’s up to them to save their city with the power of music.

The entire game focuses on using music and sound to fight back. Players can choose from either Mayday or Duke, who each have unique musical weapons and attacks. Gameplay consists of attacking, jumping, and moving around freely to the beat of the music.

Using music can transform props and objects into weapons. During gameplay, the music shifts from either rock or EDM beats to keep the experience interesting.

Eight levels focus on various music genres with giant bosses. Players may complete a rock level only to be thrown into hip-hop or country music in the next level. The exact music genres for each level have yet to be revealed, but there are many to choose from for the game.

Throughout the game, players will power-up their fighters with a skill tree to improve abilities and ultimately defeat No Straight Roads.

The Nintendo Switch version comes with a few bonuses that utilize the console’s features. They include an additional local player through 3-player co-op, the Elliegator, a secret alligator assistant, through an Assist Mode. Touch screen support is also supported to transform props and pick-up items. Players can also play through the entire game with a single Joy-Con for couch co-op.

The Collectors Edition of the game for console comes with an exclusive double-sided vinyl LP with tracks from the game’s official soundtrack, a 64-page “The Art of NSR” artbook, and official NSR drumsticks inside a presentation box.

The title will have full voice localization in English, Spanish, French, and Japanese. Many more languages will be available in text-only, so more players will get to experience the title.

No Straight Roads launches on the Xbox Family of devices, PC as an Epic Games Store exclusive, PlayStation 4, and Nintendo Switch on June 30. 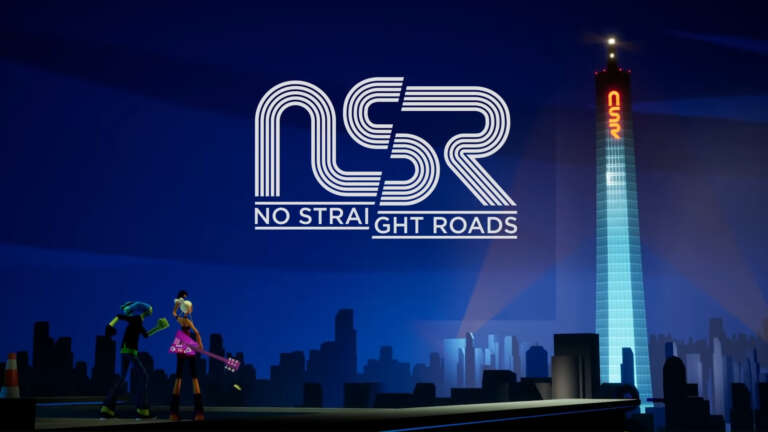 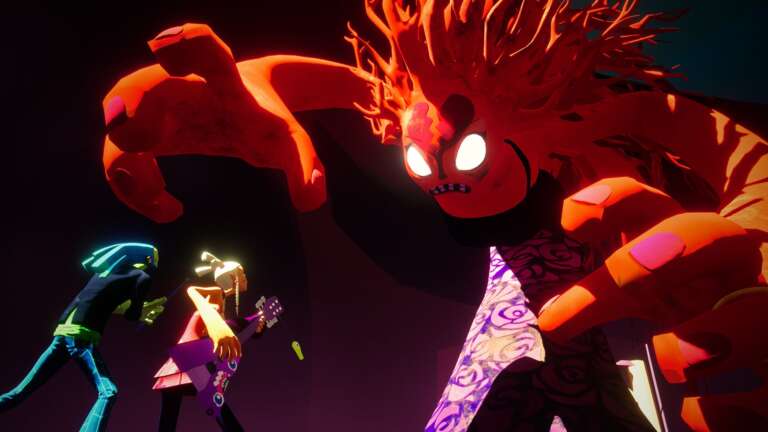 Jul 23, 2020 Lisa Nguyen 7020
Sold Out and Metronomik have announced the PC and console release dates for their upcoming rhythm-infused action-adventure title No Straight Roads.... 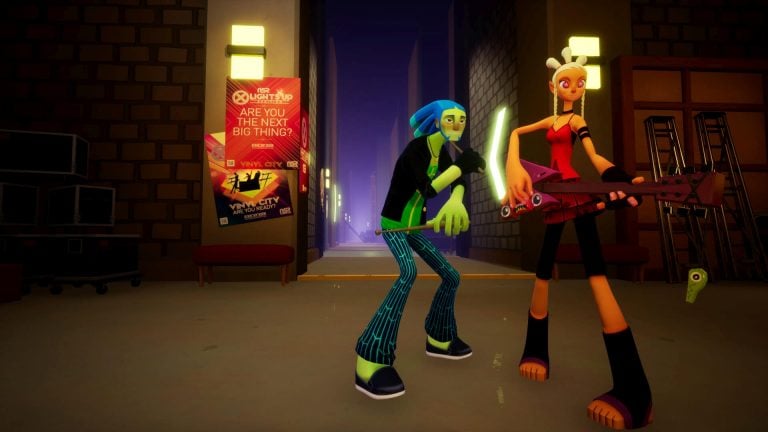 Jun 8, 2020 Lisa Nguyen 12470
Publisher Sold Out and developer Metronomik has announced the upcoming release of No Straight Roads, a music-based action-adventure game. In No...