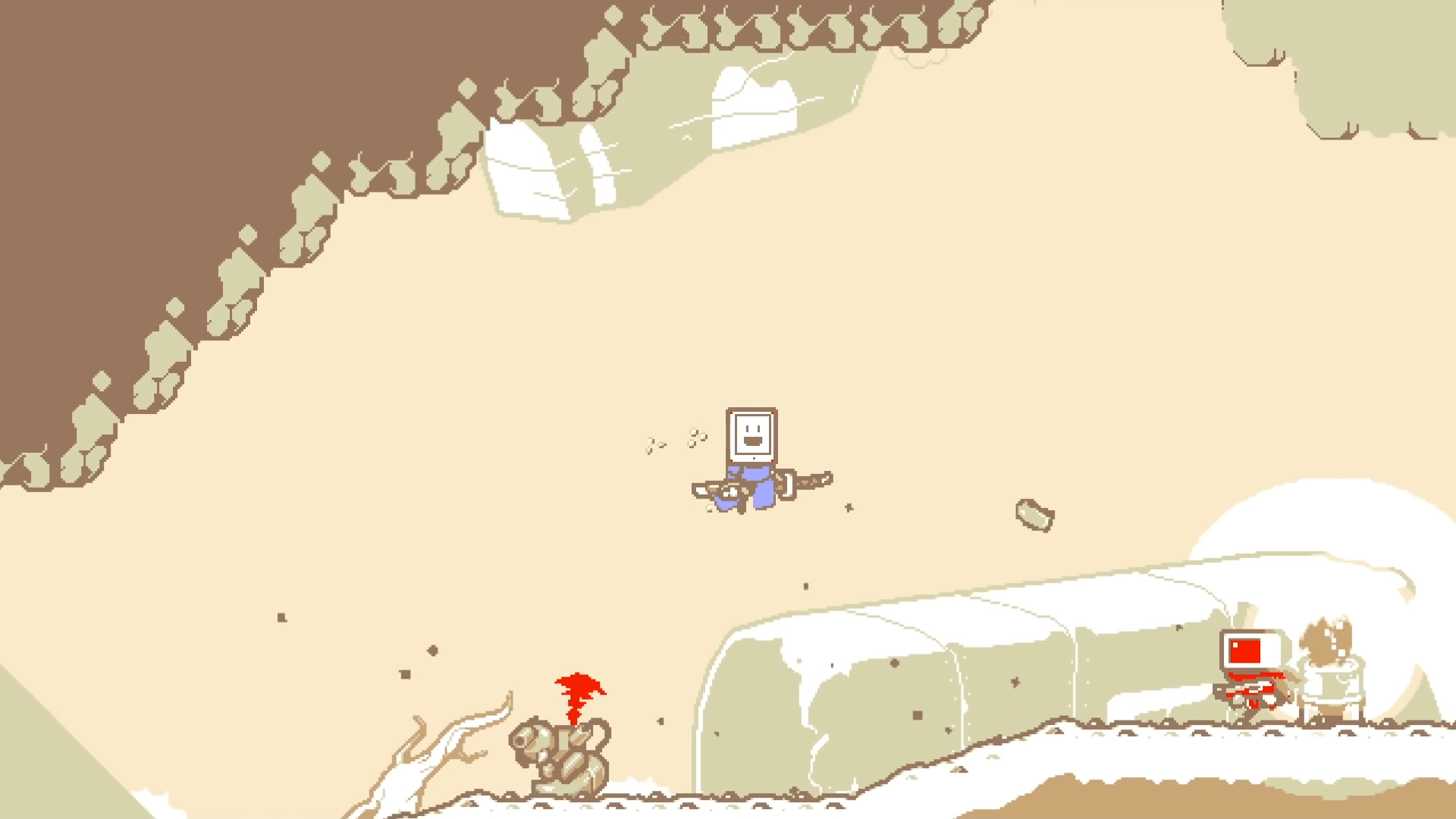 Have you ever wondered what it would be like to live as a tablet that adopts the ninja way to demolish a multitude of evil robots that roam freely on earth after humanity has almost been entirely wiped out?  Likely not, unless hard recreational substances are part of your standard repertoire.  We’re not judging, just noticing.

While you may have not had the desire, KUNAI offers precisely that, in a decidedly tasty package that it will be available on the standard platform package: PC, Nintendo Switch, Xbox One, and PlayStation 4.  It may be notable to some that the game is also coming on Linux, as well as Mac systems.  Today, it released on Steam, Humble Bundle, and Nintendo Switch.

Developers TurtleBlaze clearly wanted to bring their first title to as many places as possible, and publisher The Arcade Crew seemed equally interested in ensuring that objective was plausible.

Your journey with Tabby is booting now. #KUNAI (@TurtleBlaze) is now available on PC and Nintendo Switch! pic.twitter.com/b7CVqKfTLO

KUNAI is a fast-paced Metroidvania where you play as Tabby; a tablet infused with the soul of an ancient warrior with unique ninja skills.  As you roam around the world, Tabby will find new equipment and powers, enabling her (him? it?) to get into new areas, and challenge a decent number of enemies in combat that continues to escalate along with Tabby’s power.

KUNAI takes place after human life has almost entirely been wiped out by an evil artificial intelligence known only as Lemonkus.  Featuring pretty fast-paced action, KUNAI was destined to either be fantastic or fall completely flat.  Thankfully, it appears thus far that KUNAI is living up to some fantastic expectations.  Movement is crisp and rapid, with Tabby being able to outmaneuver her enemies with relative ease if the player is fast enough on the controls.

On the Steam platform, the game sits currently at 86% recommended, being pegged for a singular lacking feature; there is no map that offers direction, much less pointing players to where teeir next objective may be located.  So players are either forced to memorize layouts, open a second screen and track their movement on a web-based GUI, or flounder around lost untril they stumbled their way towards victory.

It’s a relatively small facet, and likely that we can experience an update in the future bringing an easier sense of exploration for the title.  Some, however, aren’t exactly holding their breath for the mechanic to make its way into KUNAI anytime soon.

This is an absolute shame, as KUNAI boasts a relatively expansive world with a wide multitude of level variety, from airships to decrepit cities.  If TurtleBlzae can fix this, they likely will have a flawless title on their hands.

Devil May Cry 5 On Steam Had Denuvo Removed From The Title, Monster Hunter Likely Next 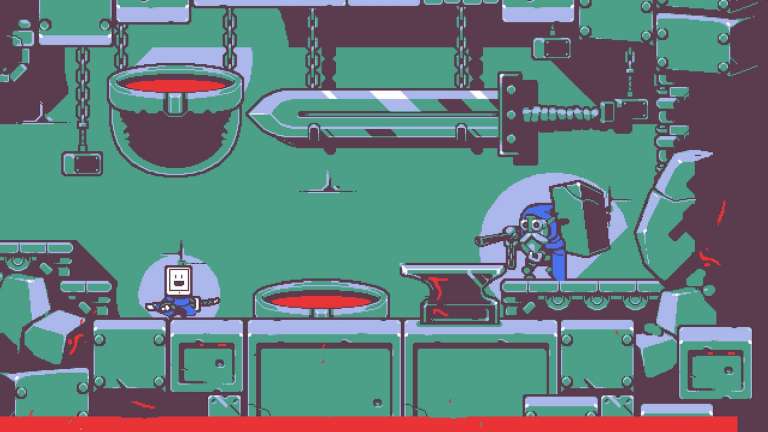 Apr 23, 2020 Lisa Nguyen 4220
Publisher The Arcade Crew and developer TurtleBlaze have announced a demo is now available on Steam for KUNAI, an action-platformer. The demo is only... 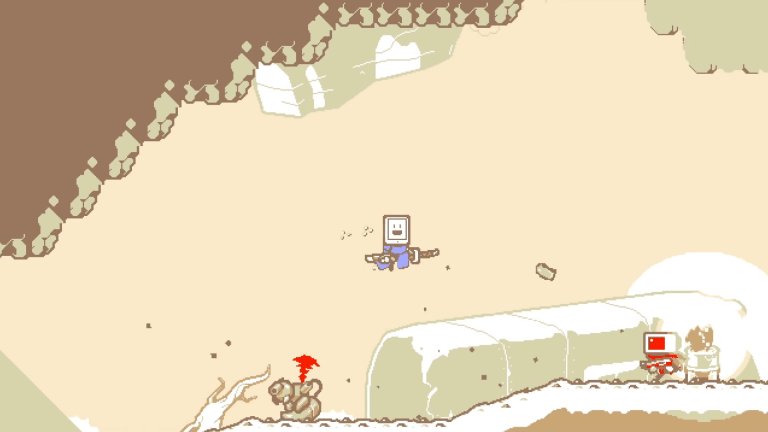 Feb 6, 2020 Chris Miller 4150
Have you ever wondered what it would be like to live as a tablet that adopts the ninja way to demolish a multitude of evil robots that roam freely on... 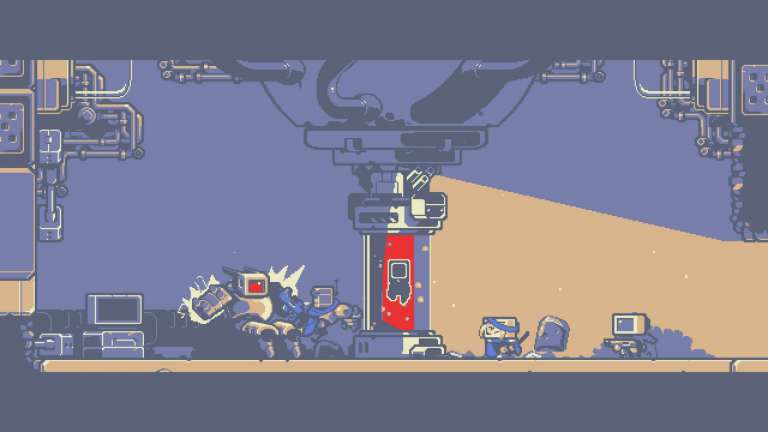 Jan 15, 2020 Joshua Goodpastor 10830
Kunai is set to release for PC and the Nintendo Switch early next month. It will not be long until the combat-heavy experience is released, allowing...