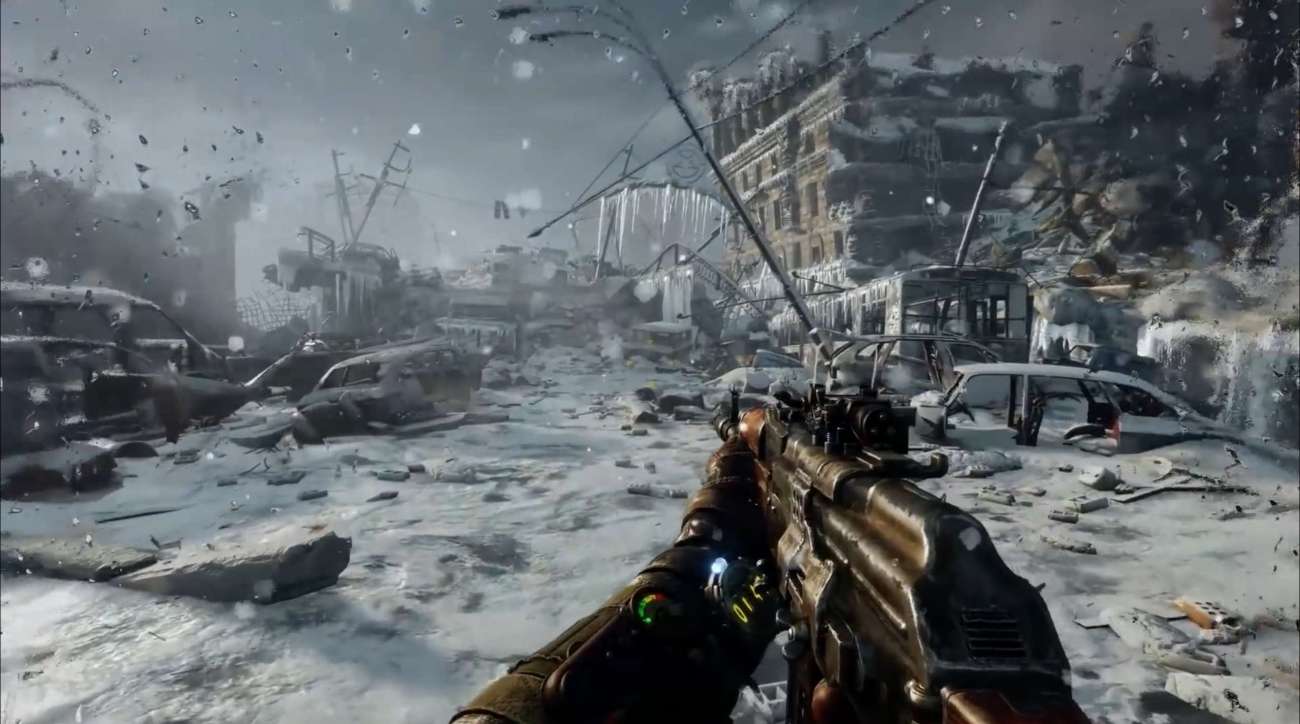 Google Stadia has been out for several months now. It didn’t start off with the smoothest launch — with major features being absent — but Google has done a lot to improve the platform. This is particularly true regarding Stadia Pro, the premium streaming service that costs $10 a month. The membership has a couple of offerings in its free library, but more are coming in February.

One of these is Metro Exodus. If you haven’t had the chance to check out this first-person shooter by 4A Games and are a Pro member, February 1st is certainly worth marking on your calendar. It was one of the better FPS in 2019, featuring an icy landscape in post-nuclear Russia. You couldn’t ask for a better setting quite honestly. You just feel a sense of tension and thrill exploring the abandoned streets and structures.

Players have also enjoyed Metro Exodus’ more open-ended environments. Rather than progressing in linear fashion, you can actually do a little bit more exploring and completing quests on your own accord. The added freedom instantly makes this one of the best Metro games in recent memory.

It’s amazing to see the beautifully detailed areas change because of the day and night cycle. Everything feels so different at night. There’s a sense of despair like something could come crawling out and take you down before you even have a chance to pull the trigger.

The combat also shines through in this game. There are plenty of items to craft to create custom weapons. You’ll certainly need them as you try to fend off the mutant foes that now inhabit most of Russia. Even the story hits all of the right notes. You care about the characters and the main protagonist’s journey on Aurora — a heavily-modified locomotive.

It’s great to see Google add it to the Stadia Pro library. It certainly is worth its full price point alone, whether you like first-person shooters or immersive, atmospheric experiences. If Google can keep adding games like this to its library, there’s no telling how far Stadia can go. Google needs to do everything they can to keep this streaming platform on the mind of gamers.

You see, next-gen consoles are about to release from Sony and Microsoft. It will take a near herculean effort, but Google does have the resources to compete with these two industry titans. They just have to give gamers what they want: Amazing titles and great value.

Feb 4, 2021 Jeremy Green 4240
The Epic Games Store has another batch of free games that PC gamers can claim right now. In the bunch is the apocalyptic FPS Metro: Last Light...

Dec 30, 2020 Harry Alston 3780
To celebrate the end of GOG.com's Winter Sale that has been running throughout the course of December, you can now pick up Metro: Last Light Redux...

Nov 29, 2020 Lisa Nguyen 6460
Developer 4A Games still has much in store for fans of the Metro series. The company recently released a long blog post announcing their plans, along...