Meet The New FSP CMT350, CST310, and CST311 Cases With SPCC Steel Frame And Clear Side Panels To Showcase Your Rig 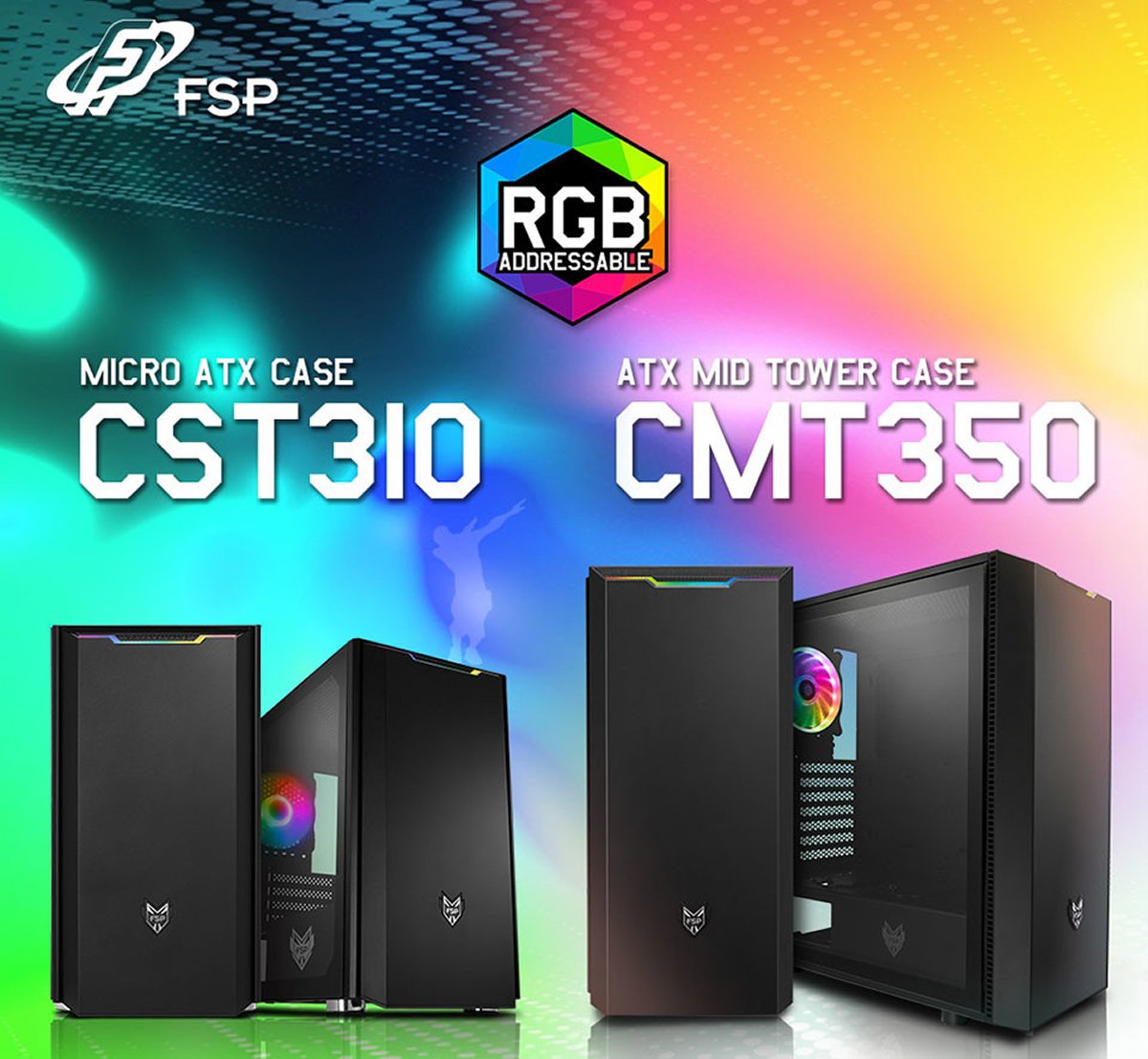 Just a few days after fellow Taiwanese manufacturer Cooler Master released the MasterCase H100, FSP is also on the headlines with the release of three new cases. The FSP CMT350 is a mid-tower chassis while the FSP CST310 and FSP CST311 are compact micro-ATX chassis. What’s more? A chance to win a $50 Steam code from 10th to 19th July to hype the launch.

The three cases feature an SPCC steel frame, and it’s not just about the sturdiness, it’s sleek as well. The sides have clear tempered glass panels allowing you a clear view of your components, including the RGB lighting in some models. There are no screws on the side panels courtesy of an easy ‘slide on’ mechanism making installation and maintenance a buzz. Despite the many standard features, differences are profound.

As mentioned earlier, the FSP CMT350 is a compact mid-tower case designed for hardcore gamers. This case supports the regular ATX size motherboards with up to 7PCI slots. Besides the standard size ATX motherboards, it also supports mini-ATX and micro-ATX formats making it such a versatile computer case. The maximum supported height for the CPU cooler is 160mm while the GPU card length shouldn’t exceed 350mm.

The FSP CMT350 is spacious enough to accommodate one 360mm radiator and one 240mm radiator. At the front, it comes with two 120mm fans and at the rear is a 120mm addressable RGB fan. The included controller and fan RGB offer up to 20 different lighting modes and is compatible with MSI Mystic Light Sync, Asus Aura Sync, and Gigabyte RGB Fusion.

Regarding storage, the CMT350 offers four storage bays; two for 2.5″ SSD and two for 3.5″ HDD. The unit also leaves some reasonable clearance and features two separate dust filters. It is designed with two USB 3.0 slots and an HD Audio port.

On the other hand, the CST310/CST311 are both compact micro-ATX cases with exact dimensions and weight. The two can support a CPU cooler of up to 163mm in height. As for the GPU card, the maximum length is 375mm. When it comes to storage, these micro-ATX cases have two 3.5″ HDD bays and three 2.5″ SSD bays. For connectivity, the duo features two USB 3.0 slots, two USB 2.0 slots, and an HD Audio port.

The CST310 and CST311 can support up to two 240mm fans. The CST310 is equipped with two 120mm fans at the front and a 120mm addressable RGB fan on the rear. As for the CST311, it is a cheaper option with the same fan layout minus the addressable RGB.

Nintendo Switch Lite, A Cheaper Version Of Its Older Sibling, Will Be Coming To Stores In September 2019

Amazon Developing Lord Of The Rings MMO, Independent Of The TV Series