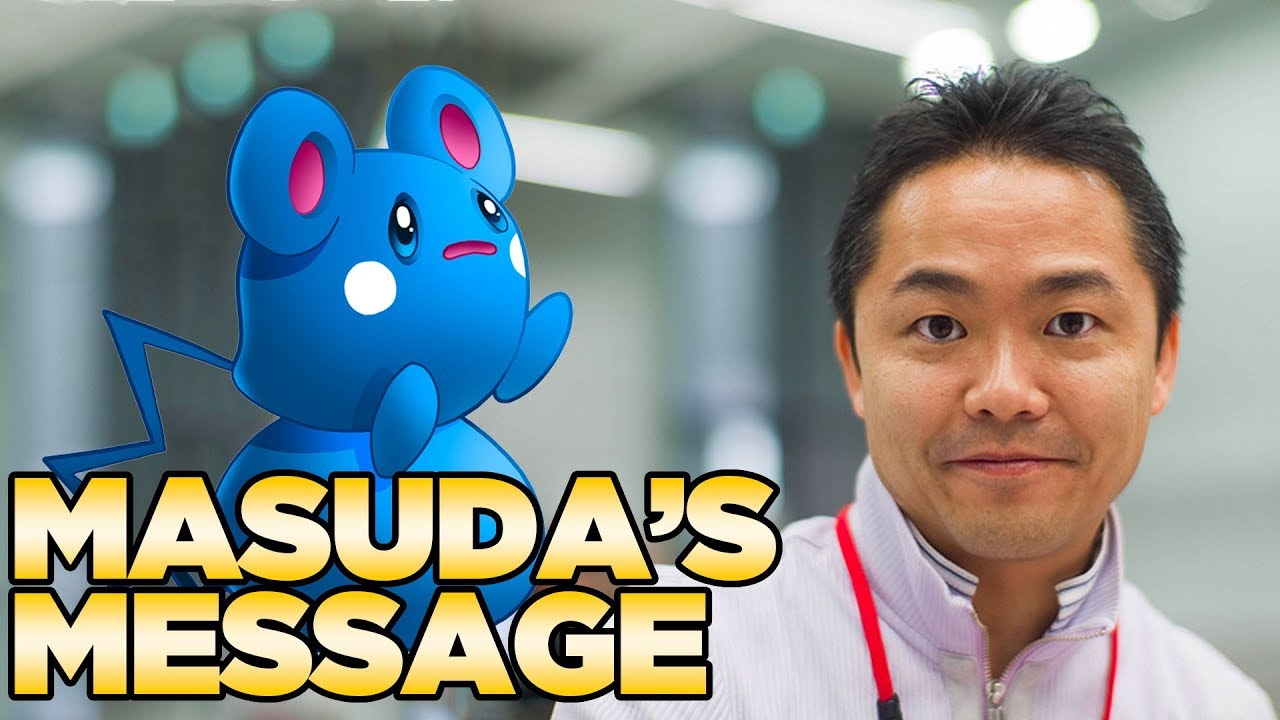 When Pokémon Sword and Pokémon Shield were announced at E3, everyone was ecstatic, right up until Junichi Masuda mentioned that not every Pokémon would be appearing in the new mainline title, only those that appeared in the Galar region.

The decision to do so, along with the revelation that this would be a new company policy going forward, did not sit well with the fanbase, earning the gameplay showcase an overwhelmingly negative review, culminating with Pokémon Sword and Pokémon Shield being rated the most hated games at E3, according to ResetEra’s data. Since then, a movement to change the game took off like a rocket, with #BringBackNationalDex trending in the top spot for nearly a week.

Fans casual and hardcore alike expressed their displeasure at not being able to bring over long-held and valued teammates, on top of the elimination of Mega Evolution and Z-Moves, in favor of the new mechanic Dynamax.

It’s natural to assume that such vocal and pressing feedback would spark some sort of change within GameFreak. After all, when an amateur developer spends time and energy to do what GameFreak claims they aren’t just to show them up, one wonders exactly what kind of line in the sand will be drawn.

And since fan outcry has brought about changes for two other major projects this year (the delay of the Sonic movie in favor of a better model of the blue blur, and Super Mario Maker getting the ability to play with friends online post-launch), many thought that, for the first time ever, GameFreak would listen to their fanbase, and do something, such as release the changes in the form of post-launch patches, or better yet, delay the game until such a time the National Dex could be included.

Neither has happened, and the response we’ve received is, quote unquote, the straw that broke the Camerupt’s back.

Below is a statement from Masuda himself on the matter of the National Dex, direct from the official Pokémon Twitter.

In effect, the game developer has said nothing of substance regarding the National Dex, save for the final nail in the coffin regarding transfers of old Pokémon. The carrot of hope dangling in front of fans that maybe they’d be able to bring in their partners/favorites is gone, the statement lackluster.

The statement “even if a specific Pokémon is not available in Pokémon Sword and Pokémon Shield, that does not mean it will not appear in future games.” in particular has sparked much ire, as the line can be considered a cop-out at best, and dismissive at worst.

Will there be a proper National Dex in future titles? Considering the removal of much of the roster is now a permanent company policy, and this statement could easily be viewed as a placeholder, there are two possible scenarios; that generation 9 might see a return of the full roster proper (unlikely given, again, the company policy), or we are looking at a future where Pokémon titles are fragmented, with the Dexes split across generations.

Neither scenario is particularly attractive, though the latter seems to be the most likely possibility, and the worst of the door. Either decision, however, is out of the fanbase’s hands, outcry or no. GameFreak is under no obligation to commit to the statement. After all, it is their game, and they can—and are—going to do whatever they want, no matter how much the fanbase clamors for change.

It was stated before that the change to the Pokédex was done partly because of how ‘difficult’ it was to accommodate a roster of 800+ Pokémon, and to address ‘battle balance’, as well as improve overall quality of the game.

The difficulty aspect already quickly disproved itself when the fanbase showcased GameFreak’s methodology regarding Pokémon; the models being used are simply slightly tweaked variants that have been in use since Pokémon X and Pokémon Y. Not to mention, GameFreak has been doing questionable things in regards to their games, such as entirely separate models for Lillie during each of her appearances on the islands of the Alola region in Pokémon Sun and Pokémon Moon, as well and repeated/redundant coding. Such decisions have carried over to Pokémon Sword and Pokémon Shield, where every single Pokémon has an individual Dynamax model, raising even more questions about just what goes on behind the doors of GameFreak.

The Nintendo 3DS was able to accommodate the enormous roster, along with Mega Evolutions and Z-Moves, in excellent quality, so it remains a mystery how a game on an upgraded console with much better processing power winds up inferior to its predecessor.

Yes, the game is not yet out and many things are subject to change, but so far, it’s not looking good, with stilted animations, glitchy movements and animations, dropped framerates, weak battle animations, the current result of what we have looking more like an updated Pokémon Go than a mainline addition proper.

Arcanine’s model clips with itself and Steelix just pops in

There have been numerous declarations that GameFreak is getting lazy. While the work of those involved in the project is to be commended (it’s not an easy job, truly), the claim, harsh as it seems, has a bit of merit.

It seems like GameFreak is pulling out all the stops to cut corners and rush a release, and we all know the saying: “A delayed game is eventually good, but a rushed game is forever bad.” It would certainly help GameFreak in the long run to delay the eighth generation, address all the issues, and deliver us a polished streamlined product, the sort that the series’ debut on the Switch deserves.

Alas, this is what it has come to; a gutted Pokédex, the removal of two key mechanics, and a disjointed, fragmented future, with a noncommittal, vague ‘promise’ that things might change for the future, and even if they do, not for the better.

I would like to close this on a bit of a personal note. I’ve been a fan of the Pokémon series since the days of Red, Blue, and Yellow. To date it remains my favorite game series, and I still find myself picking up Ultra Moon every now and then to make my way through the Battle Tree, or heading back into my Secret Base in Pokemon Omega Ruby.

The game’s been a mainstay in my life, and all through generations 1-7, there was a grand adventure to be had, Pokémon to catch both old and new that enriched the journey. I met plenty of real-world friends through the game, and more than my share of enemies, won a championship; it wouldn’t be absurd to say the series has impacted me greatly.

A great game stays with you long after the credits have rolled. But I’m not a rose-eyed devotee; the series has had its share of problems, between glitches, struggles with breeding/allocating stats, features being removed as soon as they’ve been implemented. Ruby, Sapphire, and Emerald were my favorite generations, even though there were steps backwards when compared to Gold, Silver, and Crystal (no day/night cycle, the berry glitch, time-based events coming to a standstill, no returning generations). But there was always a constant: every Pokémon returned.

Even in Pokémon Sun and Pokémon Moon, Pokémon that didn’t have proper numbers in the National Dex still existed. Your partners could still stand with you. For that to no longer be the case, to have the core message of ‘gotta catch ‘em all’ (even though I never had the time to do that even once) be cast out and removed entirely, is nothing short of heartbreaking as a fan.

I never believed I would willfully skip out on a mainline game from Pokémon, but as they say, there’s a first time for everything. If keeping all my teammates means I have to indefinitely stay in Alola, that’s fine with me.

And to all you who don’t care about the National Dex and are looking forward to Pokémon Sword and Pokémon Shield with eager smiles, I say power to you, and I hope you have the time of your lives as you enjoy the journey. Until next time, stay and play savvy, gamers. 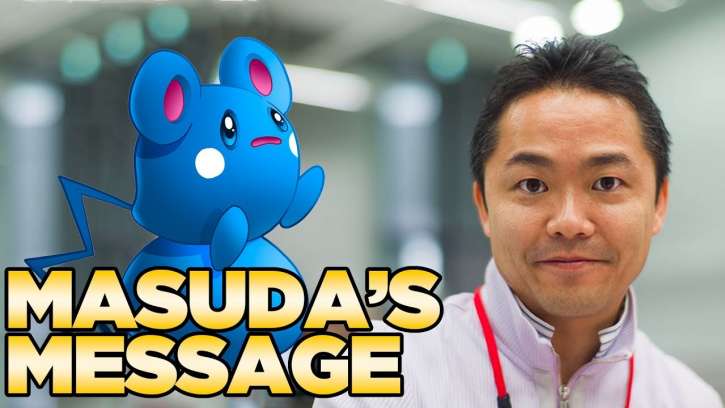 Jun 29, 2019 Shayne Brown 8880
When Pokémon Sword and Pokémon Shield were announced at E3, everyone was ecstatic, right up until Junichi Masuda mentioned that not every Pokémon... 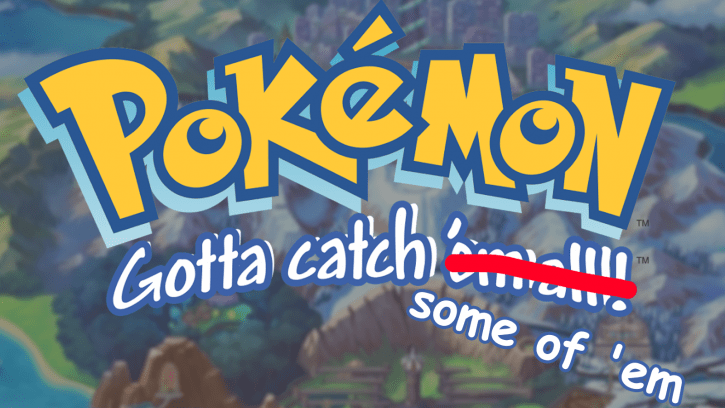