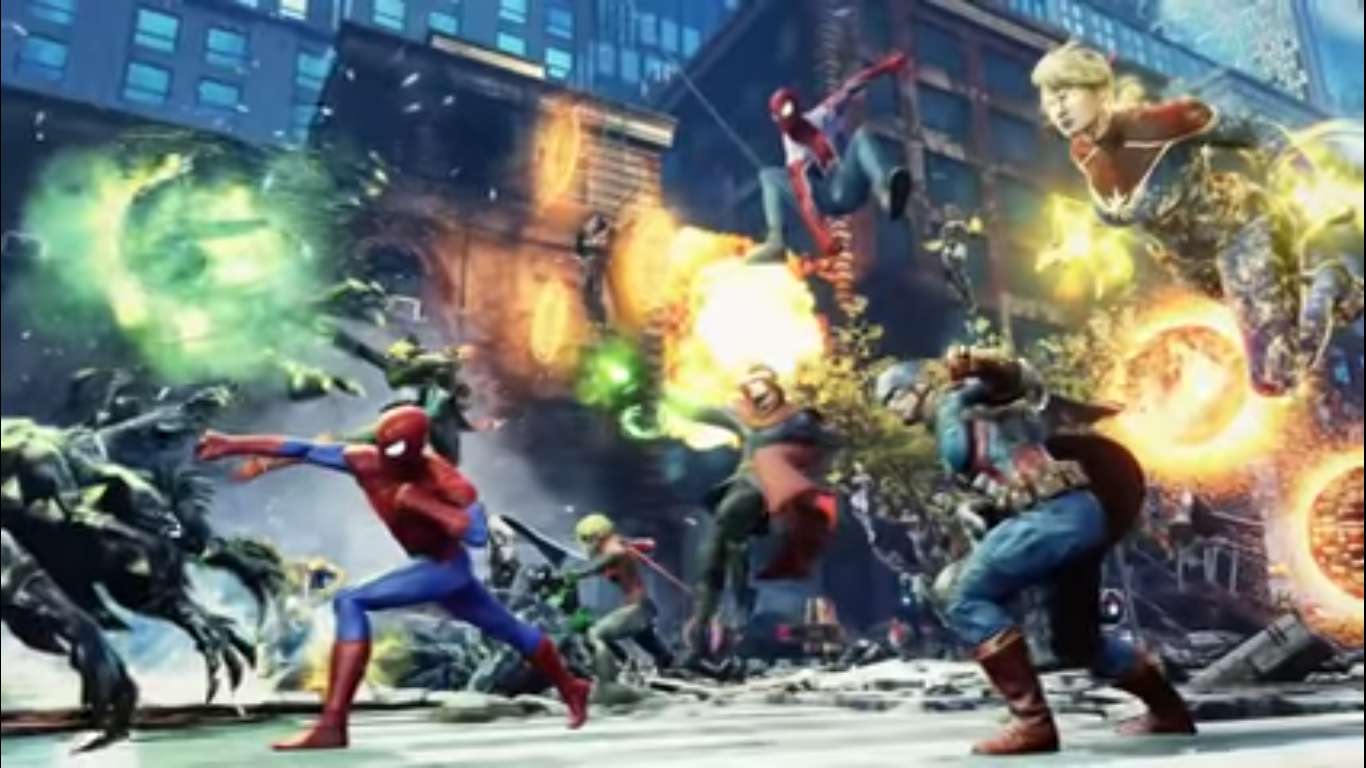 At this year’s PAX East event in Boston, Marvel Games and Nermarble came together to announce their upcoming title MARVEL Future Revolution. Since this is a fresh announcement, more information is slowly pouring in, but initial reports are stating that it will be an open-world RPG for iOS and Android devices.

The story will follow a “convergence.” This is a catastrophe where multiple universes collide together, resulting in many different versions of the heroes to appear. As with any multiverse collapse, this will also mean new, and returning villains will be making their appearance to threaten the universes once again.

Players will join a new organization called Omega Flight, which is based in New Stark City. This team acts as the universe’s last line of defense against all incoming attackers. In short, it is a team made up of tons of heroes from multiple realities, all working together to save all versions of the universe. This entire plot is written by Marvel Comics writer Marc Sumerak making it an authentic piece of Marvel lore.

The game is reported to be triple-A in quality and will include tons of customizations for player’s heroes. It is being targetted at hardcore mobile gamers as well as casual ones for well-rounded gameplay experience.

Some of the revealed playable characters include Captain America, Captain Marvel, Spider-Man, and Doctor Strange. The Villian line-up includes Red Skull, Baron Mordo, M.O.D.O.K, Green Goblin, and Red Goblin. Some revealed gameplay footage even includes a boss fight against Yellowjacket, meaning there is still tons to be discovered from this title.

Bill Rosemann, VP and Head of Creative at Marvel Games said the game is “For fans that have dreamed of exploring the Marvel Universe in a sprawling, open-world setting, MARVEL Future Revolution gives players the chance to not only journey through these strange new locations, but also customize their favorite Heroes into never-before-seen costume combos.”

Once the game launches, it will be available on iOS and Android devices. There is currently no information about price for this title, but it is sure to include minor microtransactions as many mobile games do. For more information, you can check out the game’s main website, which is now live promoting tons of content for this upcoming title.

League Of Legends' LCK Suspended Due To Coronavirus Concerns

Rev Up Those Engines As Monster Truck Championship Brings A New Brutal Simulation Game To Xbox One, PlayStation 4, Nintendo Switch, And PC Later This Year