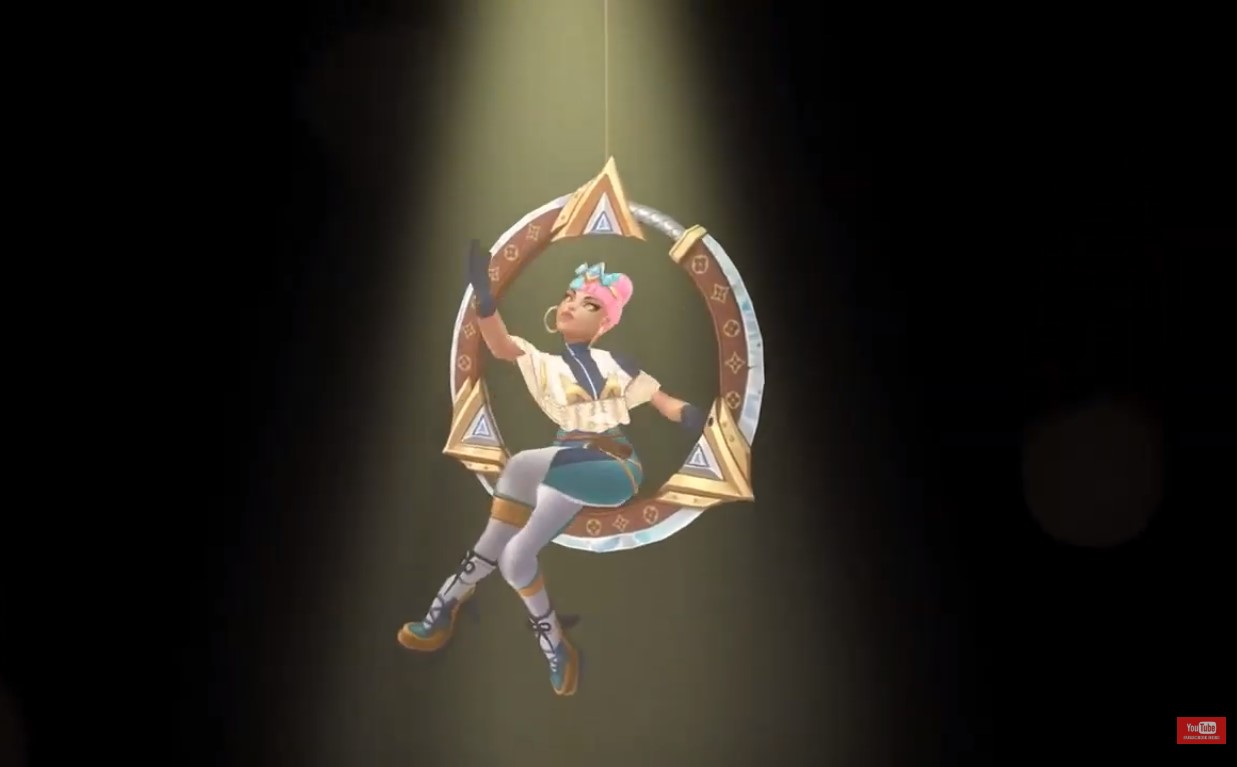 A few months back, Riot Games revealed that one of the multiplayer online battle arena (MOBA) game, League of Legends, would be welcoming some significant step-up in the fashion aspect as it paired up with the famous French fashion house, Louis Vuitton. Riot stated that this partnership is made for the 2019 World Championship.

Recently, the developer has begun to unveil the product of their collaboration, which is a Prestige skin of the brand for Qiyana, as well as clothing designed by the brand for the virtual hip-hop girl group called True Damage, which comprises of five members, including Akali, Qiyana, Yasuo, Ekko, and the recently-added, Senna.

Today we unveil our first @LouisVuitton prestige skin for Qiyana👇designed by @TWNGhesquiere, LV’s Artistic Designer of Women’s Collection, available on Nov. 10 to coincide with the @lolesports #Worlds2019 final in Paris. #LVxLoL 1/4 pic.twitter.com/1AhrUCqFmA

A press release that was published on Twitter revealed that these skins would bring a whole new level of couture to the game’s already outstanding character artwork. The refreshing Prestige skin for Qiyana, where fans can check out on the Washington Post, was designed by Nicolas Ghesquiere, a Louis Vuitton’s artistic director for women’s collection.

On the other hand, the outfits designed for the virtual group, True Damage, also showcase the same fresh, pop-street fashion style, with skins for all the members of the group. In the upcoming opening ceremony of the game’s Worlds 2019 final, which is scheduled to be on November 10, the actual, real-life members of the hip-hop group will perform a single called Giants.

The newly added champion, Senna, will also get the label’s Prestige skin, which will only be launched at the beginning of 2020. Apparently, there will also be some capsule collections which is designed by the same label with a pipeline that stated, “inspired by Senna and Qiyana’s Prestige skins,” which will be officially announced soon.

Interested fans can purchase the hip-hop girls group’s character skins on the day that the finals kick-off, which is on November 10. On the other hand, Qiyana’s Prestige Skin will only be available when playing games during the in-game event. It will be solely unlockable until a few days later by November 25.

Moreover, League of Legends avid fans can check out the game’s 9.22 “Rise of the Elements” patch notes to find out what the developer has been working on in the Public Beta Environment. This upcoming patch introduces a few significant changes to the Summoner’s Rift.

Sep 17, 2022 Michael Gunn 640
Several new cosmetics for League of Legends were revealed this week in anticipation of next week's big unveiling when the Spirit Blossom collection...

Jul 5, 2022 Tom Lee 2020
A new League of Legends champ is on the way, and she's begun her corruption campaign in an unexpected place - on the game's history page. Astute...