Koei Tecmo has announced a five-day weekend sale of their popular Dynasty Warriors franchise. The sale is only available for the PC versions of the games, so console players will have to wait until the holiday season to see discounts.

The Dynasty Warriors series is part of the musou or “hack-and-slash” genre created by developers and publishers Omega Force and Koei Tecmo. The series is loosely based on the Romance of the Three Kingdoms, a historical tale of three kingdoms: Shu, Wu, and Wei during the Han Dynasty.

The games on sale include Dynasty Warriors 7: Xtreme Legends Definitive Edition, which is a revamp of the original title. It’s one of the first in the series to give an in-depth perspective on the dominant forces, including Jin. Players will take control of each kingdom and learn about their goals.

After the low reception of the previous game in the series, the development team improved upon gameplay and name pronunciations.

The Dynasty Warriors 8 branded games see the most significant discounts. DW8 Empires is 75% off with a free Castle Pack DLC, and DW8 Xtreme Legends Complete Edition is 70% off. This sale is the perfect time for gamers looking to add both to their collection.

While DW8 is a retelling of the Romance of the Three Kingdoms story, with some new additions like new characters and weapons, Empires takes a strategy-based approach.

DW8: Empires is primarily strategy-based. Gamers can create custom characters and follow their own path instead of working with one of the major kingdoms. Players strive to conquer China one province at a time. Each battle will take users through different terrains as they work with strategists to hack-and-slash to their final goals.

All of the DLC for DW8: Empires are included in the same for up to 51% off. The content is all cosmetic, such as costumes, BGM, and wallpapers, so gamers won’t miss out by only purchasing the base game.

The newest game in the series, Dynasty Warriors 9, is also on sale. DW9 is currently 50%, which is one of its most massive discounts since its launch in February 2018.

The game has two Season Passes available for sale, which includes the Additional Scenarios and Weapons Packs plus the Hideaway Customization pack. These passes include extra gems and materials to give players an extra boost at the beginning of the game.

Oct 1, 2020 Lisa Nguyen 15410
Publisher Koei Tecmo has announced Dynasty Warriors 9 Empires, the latest in the long line of Empires titles. The game will launch for PC and...

Sep 30, 2020 Lisa Nguyen 15960
Publisher Koei Tecmo made several announcements during the recent online Tokyo Game Show 2020. Some of those announcements were related to the... 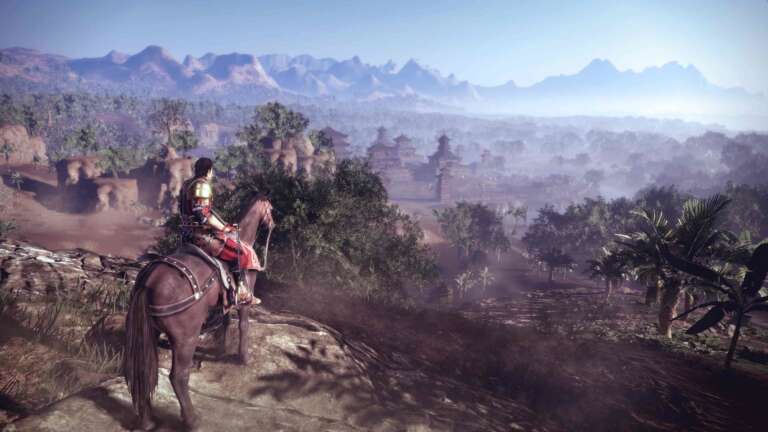