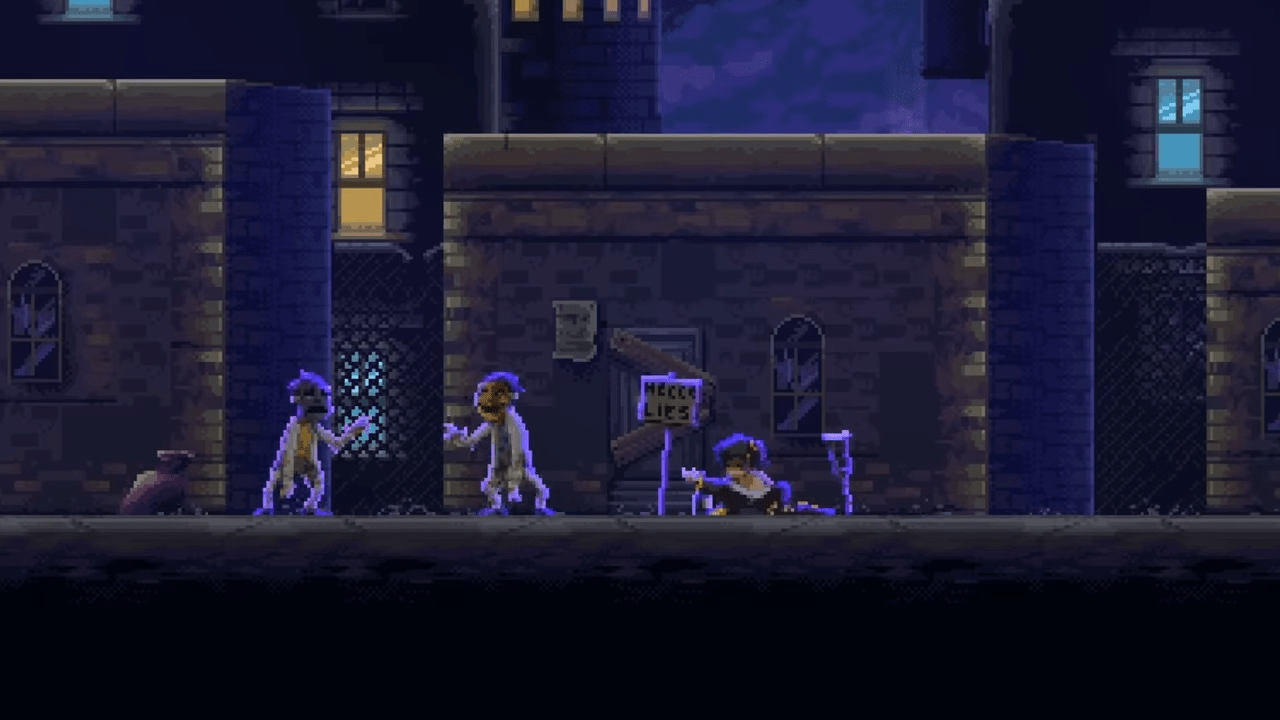 Katana ZERO has received a wealth of positive reviews since it’s release on April 18, 2018, on both Steam and Nintendo Switch.  With what appears to have become the spiritual successor to the fabled Hotline Miami, Devolver Digital eschews the top-down style for a 2-dimensional side view of the action.

In the cyberpunk noir setting, you play as a samurai; a past soldier, and kept on a short leash as an assassin for a powerful entity.  The plot comes slowly through cutscenes, acting as welcome punctuation for the frenetic action that keeps players occupied for the majority of the time.  With the ability to simulate the best course of action through small regions brimming with enemies eager to place a few well-aimed holes in your body, it’s up to the player to cut their way through yet another swath of enemies, bringing themselves ever-closer to an inevitable resolution.

The title has received fantastic reviews, everywhere it has launched thus far.  The title runs a bit short, with an average of six hours of play needed to blast through the futuristic murder simulator.  The amount of content available is likely the largest criticism pointed at the action title, and that seems to be fixed relatively soon.

Hey everyone, long time no see! Here are some updates.

-I'm getting close to wrapping up the mobile game I'm making, @PocketSquirrel.
-The Katana ZERO DLC is 3x the original planned size, but is still in development and will still be free. Thank you for your patience with this.

The Katana ZERO developer has confirmed that there’s a whole bunch more content coming, and it’s free for owners of the title.  Also included in the tweet announcing the DLC is a mention of Askiisoft’s upcoming mobile game, although the Twitter account is largely vacant of gameplay, or anything about what Pocket Squirrel is, or could one day be.

We’re also unsure of what the DLC will actually entail, or what the original scope even was.  Outside of a few memes and jokes, there seems to be no valid plan for DLC that has been outlined by the studio.

Arguably, it could be a single room that was initially planned, and the three times the scope could end up meaning three rooms.  Alternatively, it could have mirrored Katana ZERO’s original plot entirely, and now we have incoming DLC that will dwarf the original campaign by quite a large margin.

Regardless, we know that DLC will be incoming for Katana ZERO, and for some, that may simply be enough to tide them over in the meantime.  The developer has also stated that the Katana ZERO vinyl is in the works and that they’re continuing to plug away at the task to ensure the audio is the best they can offer.

The Game Creation System Dreams Is Now Available For The PS4

Memories of Mars Is Making The Jump From Steam To Xbox One And PlayStation 4, Dream Of Colonizing Mars And Live To See Another Sunrise