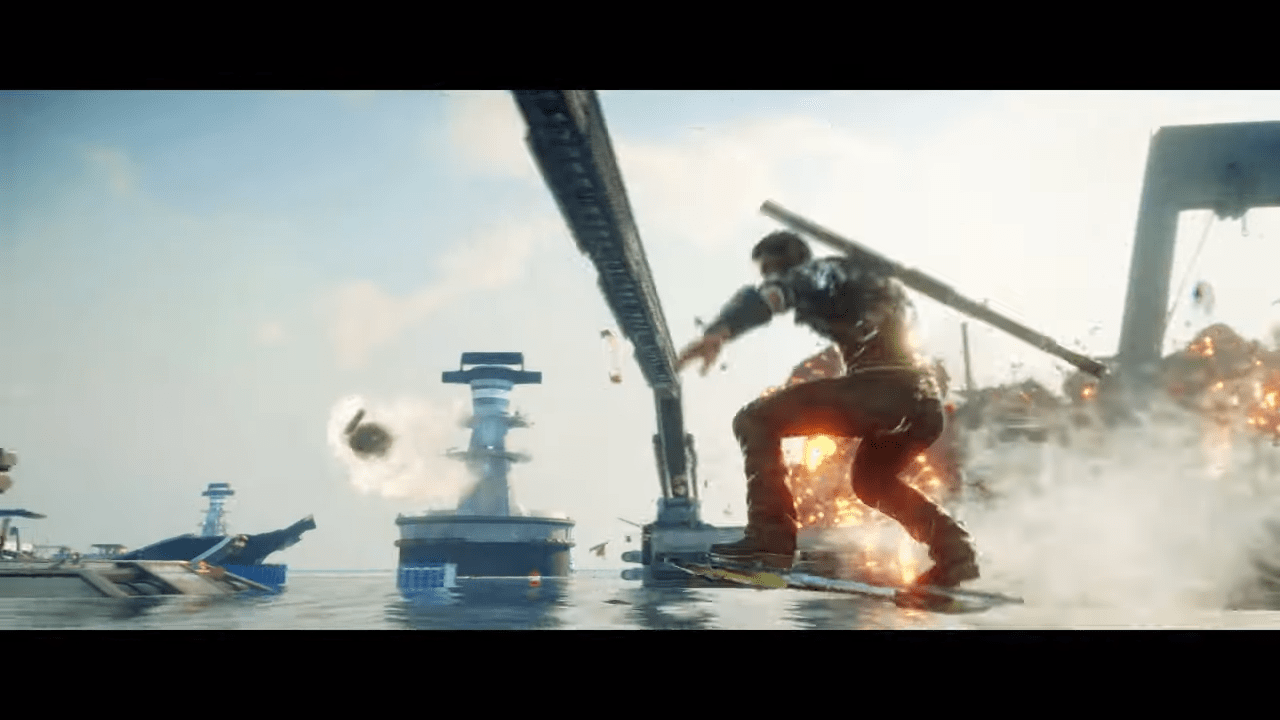 Just Cause 4 wasn’t super well-received. A lot of critics complained that the game was a rehash of its predecessors, and didn’t offer anything more in the way of gameplay. However, for those who love Just Cause for what it is – an unbridled chaotic sandbox spread out over a huge world – then the new DLC, Danger Rising, looks to add even more fun into the game.

This DLC has been advertising with all sorts of marketing hype, but today the gameplay official trailer was released. It looks like the devs over at Avalanche Studios are taking the wacky world of Just Cause to another level.

There’s a big focus on the hoverboard. Rico gets knocked out of the sky by an incoming missile and emerges from the water aboard a futuristic hoverboard. Just Cause is no stranger to taking things to a ridiculous level, but this might be the coolest item they’ve added to the game yet. At one point Rico is even seen pulling an ollie.

Likewise, the gravity gun is straight from Gmod or Half-Life. Fans of the series have also played around with the in-game physics engine, usually with hilarious results, but now you’ll be able to pick up tanks and launch them hundreds of metres.  There are also two new weapons –  the Sequoia 370 Mag-Slug and the Yellowstone Auto Sniper Rifle.

In terms of an actual storyline, the DLC will revolve around Rico vowing to eliminate the Agency after he learns about their plan to assassinate him. Expect plenty of new map features and new enemies to battle against, including the setting of an enormous submarine. Lots of fans are asking for the sub to be a controllable player feature – is this something coming up in the Danger Rising DLC?

For the first time the in the Just Cause universe, the enemies you face might be as insane as Rico. The new Agent bad guys will be able to grapple around and hit hard with weaponry that’s as good as yours. It’ll be a new challenge and add a little excitement for those who’ve already played through the rest of the Dare Devils, Demons and Danger expansion pass content.

Danger Rising is available on August 29th for those who already own the expansion pass or gold version of Just Cause 4. For those who purchased the gold version, you’ll be able to get your hands on the pass a week early on August 22nd.

Dec 6, 2020 Jeremy Green 12500
The Just Cause series is well liked in the action-adventure space. It hits on a lot of great notes, including a wide variety of vehicles to drive...

Apr 16, 2020 Jeremy Green 7720
The hits just keep coming for the Epic Games Store. That's one constant in this world of chaos. This PC platform always offers great titles at no...

Apr 9, 2020 Jeremy Green 7300
Even though the coronavirus has had a massive impact on many industries -- including gaming -- that hasn't stopped those in the gaming community from...