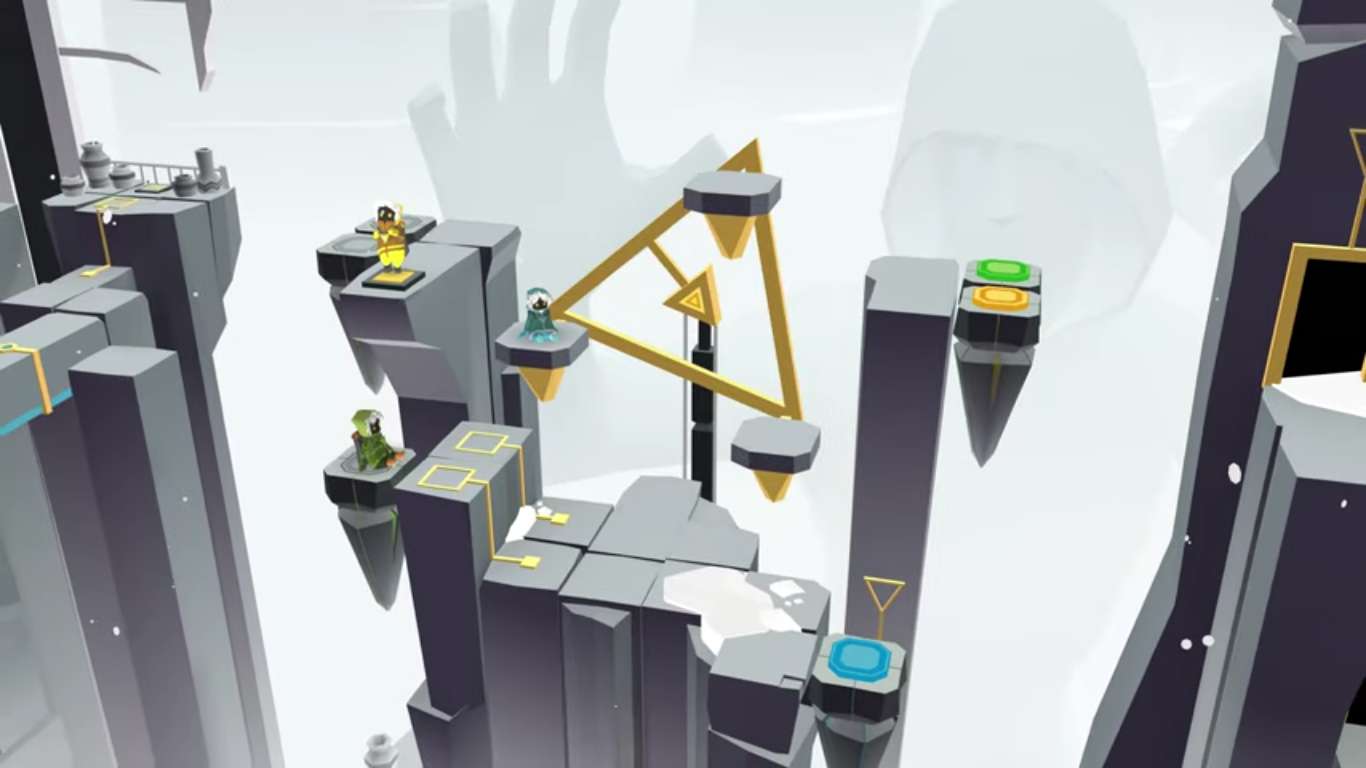 Path of Giants made its debut on mobile devices in August of last year and more recently launched on Steam this February 2020. It was met with positive reactions from fans as they solved puzzles with the three ambitious explorers within the game. Now the game makes its way to a whole new audience as the developers plan for a Nintendo Switch launch later this month.

Explore a serene puzzle adventure as three unique explorers take on an icy mountain full of trials and treasures. Control three characters and use their teamwork to make sure that nobody is left behind on the mountain. If you make it to the end, you will overcome the trip of giants, and hopefully found some gold for your troubles.

Each level is hand-crafted, creating both a puzzle scene along with a beautiful style. In the background is a charming score composed by Clark Aboud which vies you a sense of calm expiration as you learn bout this long-forgotten area of the world.

The game plays like a pleasant journey, no matter which platform you enjoy it on. The music mixed with the environment creates a peaceful puzzle environment that provides a decent distraction from the stresses of life.

The game promises a family-friendly style game designed for anyone to pick up and play. Navigate with simple point and click controls, or take full control with keyboard, controller, and touch support. Adorable animations mixed with bright and chilling visuals, breathe life into the world and gives a realistic experience to the puzzle environment.

Path of Giants is the debut title of Journey Bound Games. This development duo is a married couple with a deep passion for game design. Although they are new, their game has already received acclaim and is even an official selection for the MAGFest Indie Showcase.

This title will only take up 283 MB on your Nintendo Switch, making it small and easy to fit. Solve over 80 puzzles on the icy peaks of an ancient world on a platform of your choice. You can find Path of Giants on Steam and mobile devices right now or wait for its Nintendo Switch release on April 14, where it will be sold for only $8.99.