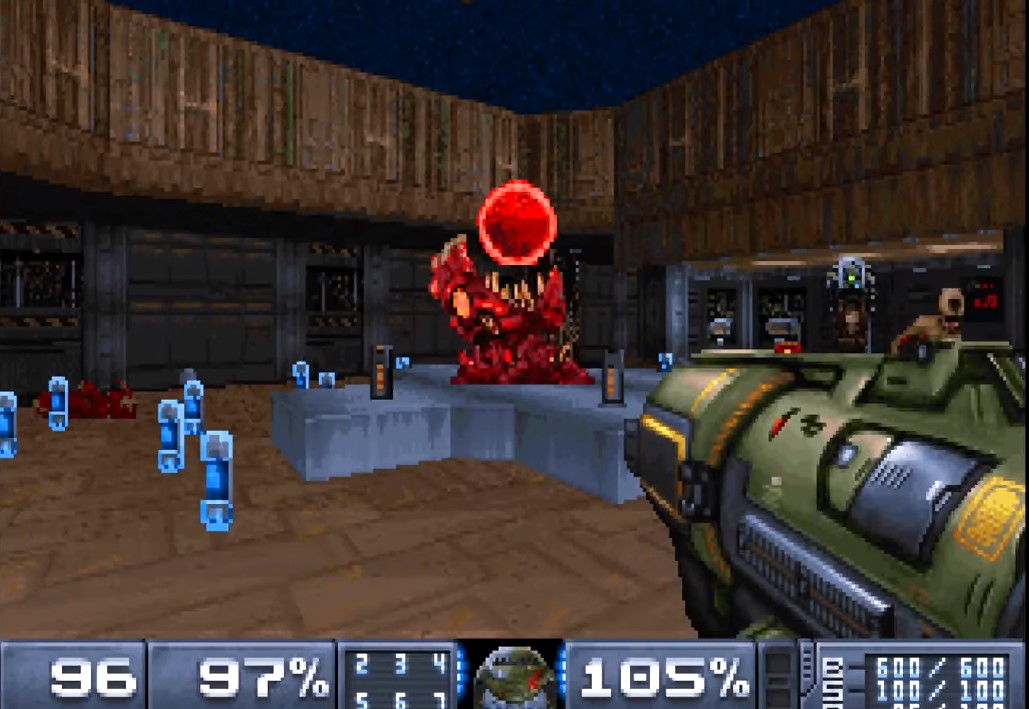 Thanks to an errant tick that was likely pushed to production a bit before it was scheduled to, and verified by our favorite database (SteamDB), DOOM II: Hell On Earth is getting a re-release on the Steam platform. Not, granted, a re-release isn’t necessarily the remaster or even remake that we’ve been spoiled with in the past with gorgeous reimaginings of Final Fantasy VII, and surprising appearance of cult-classic XIII, but it’s coming nonetheless.

The re-release doesn’t appear to be rewriting anything either, so you don’t have to be too concerned with a repeat of the Warcraft 3: Reforged fiasco that rendered the game unplayable for almost everyone. Instead, based in the contextual options when launching DOOM II right now in Steam, that users will have the option to play the re-released version.

The new upcoming version will have renewed mod support to make modding far easier, along with controller support as well.

While some may not prefer the new ‘reimagining’ of certain aspects of the classic, they can simply opt to choose the same standard version that they’ve been playing for decades.

The re-release is likely going to be on-par for the Bethesda.net release of DOOM II and has also released on Xbox One, PlayStation 4, and the Nintendo Switch; anything beyond that is unlikely as it would be too far removed from the term ‘re-release’.

If you wont go to Hell, then Hell will come to you

The option to select the re-release (which as of publication is not selectable) was uploaded to the repository on Steam roughly 24-hours ago, on June 11th at roughly midnight UTC.

DOOM II originally released on Steam on August 3, 2007, after the original release for MS-DOS PCs in 1994, one of the first sequels in the history of video games, because stomping on Nazi’s was simple and clean fun.

While some may look at a 1994 game as simply being too dated to be any fun, there is always the indomitable hero of PC games: mods. Tons of mods, and they can shift the experience from something that you won’t survive to brand new weapons and enemies, even including massive new levels for users to explore if the classic levels are feeling a bit too experienced.

The title currently stands at $5 on Steam, and it’s unlikely to rise in price once the update comes through, but you never really know with Bethesda. If you’re looking for something that ended up defining the world of first-person shooters as it stands today, you could do a Hell of a lot worse than DOOM II.