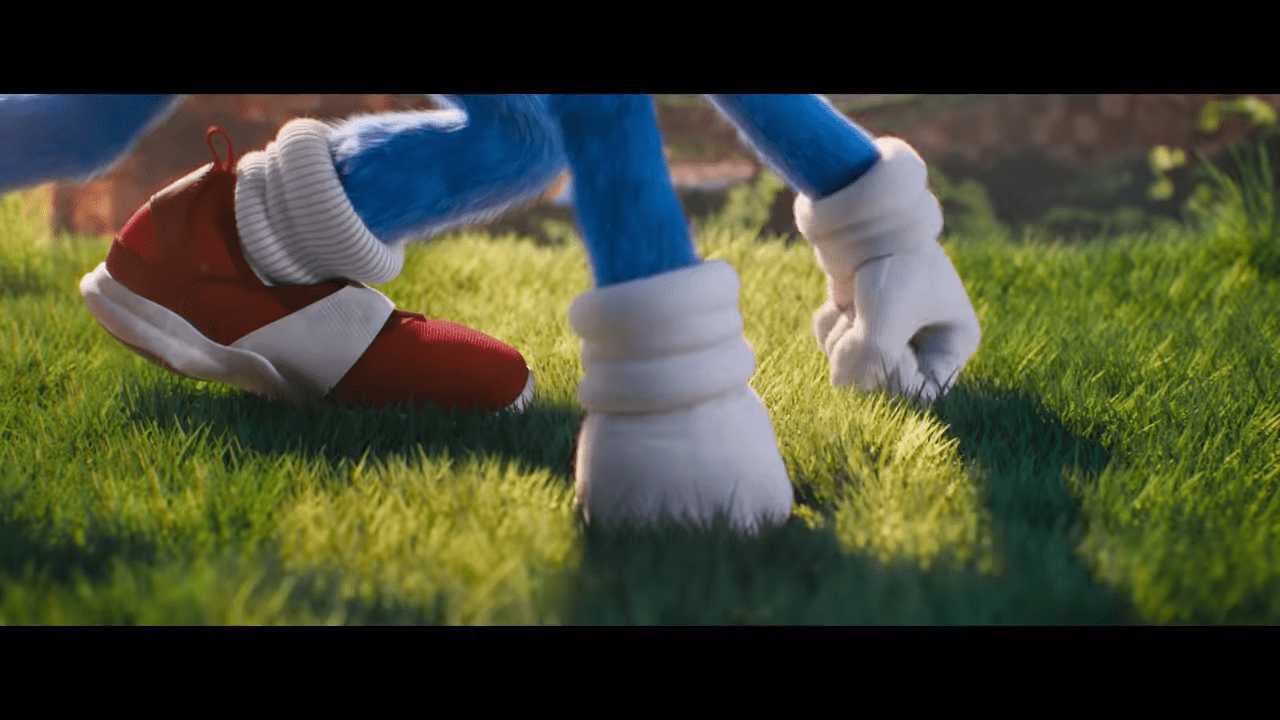 After a rough ride getting to theaters, Sonic the Hedgehog is officially set to make his big-screen debut on February 14, 2020. Valentine’s Day. What says love better than a speedy blue hedgehog who’s abundance of human teeth scared everyone silly in his initial debut? My heart is going pitter-patter just thinking back to those days.

Sonic the Hedgehog has been around for more than a couple decades now and his look has never gone through any significant changes. He’s always had his cobalt blue suit of fur, his gigantic, expressive eyes, and his pair of bright red sneakers. Thanks to a potential movie tie-in, you might be able to own one of those things. Please don’t tell me you want to own Sonic’s fur or his eyes.

Sure, this could just be a pat on the back from a fellow appreciator of nice kicks. The interesting part came later, when a fan responded, asking if the shoes were up for pre-order. PUMA responded by telling the fan to stay tuned to their website for release updates. To wrap this all up, afterward came official confirmation that the company will have something to show next week.

It certainly sounds like fans will be able to purchase a pair of Sonic the Hedgehog’s trusty sneakers, though they’ll undoubtedly be on the pricier side and very likely available in a limited capacity. On the other hand, they might give you super speed, though this is simply speculation on my part. Still, can you afford to pass up the opportunity to possibly run through a loop?

The movie design of Sonic the Hedgehog was the subject of a surprising amount of controversy when the very first trailer dropped back in April of this year, so much so that the film was delayed four months while the character underwent a redesign. While it may sound silly for such a big stir to erupt over something as minor as character design, the original design for Sonic belonged in more of a Guillermo Del Toro hellscape than a live-action adaption of a family-friendly video game.

The redesign is much more faithful to the look Sonic sports in the games. While they originally attempted to make him look more “real,” the new design gives him his big, sparkly eyes (two of them, sorry Yuji Naka), his iconic white gloves, and 100% less human teeth.

I sometimes see those teeth chattering in my dreams.

Call Of Duty League's Official Game Modes And Maps Have Been Outlined In The Competitive Settings V 1.0, Subject To Change

May 7, 2021 Joshua Goodpastor 2560
Sega has announced that Lost Judgement is coming to the PS5 and PS4 in September of this year. This is part of their Judgement Day reveal, and the...

Mar 9, 2021 Lisa Nguyen 2370
Two Point Studios and SEGA have released Two Point Hospital: Jumbo Edition on consoles. The game is a giant bundle containing the base game plus...

Feb 1, 2021 Chris Miller 4920
Video games, if you haven't heard, are making a massive amount of cash for businesses; all but Amazon, but that's beside the point. The gaming...