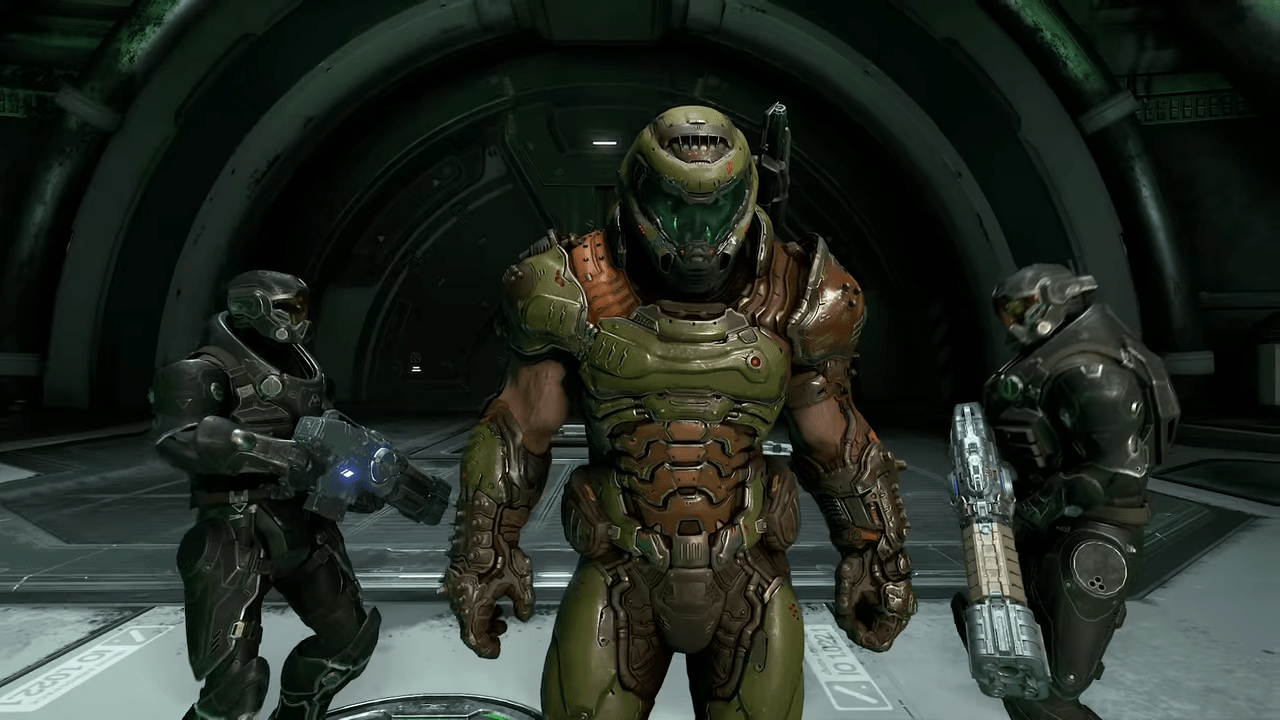 id Software and Bethesda turned a few heads when they dropped their first iteration of the recommended system specifications for the upcoming first-person shooter with a pedigree longer than most other titles, DOOM Eternal.

No longer is there a recommendation of 1440p rather than 1080p, although it frankly doesn’t look like much has changed in regards to the system requirements.  Instead, it appears far more as capitulation in regards to the numerous media outlets crying that their recommended specs were far too high for the average gamer, and they simply nerfed what they proposed the game to be experienced with.

The recommended specifications are now slightly higher than the minimum requirements; in a title that can reach 1,000 frames per second, however, it hardly seems likely that the proposed specifications are the ideal situation for DOOM Eternal.  Nonetheless, the updated specs are now viewable on the titles Steam page.  For ease, we’ll post them here. 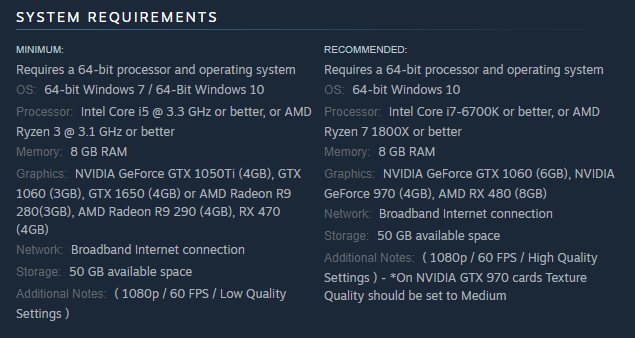 In a title that has been eagerly shown to the press as pushing the limits of what modern hardware can do, and achieve, it’s admittedly a far cry from what many would expect the recommendations to be.  Yet within the recommended specs, we see that id Software has posted that this hardware can achieve specific benchmarks with specific configurations.

It’s noticeable that within the Additional Notes, they state High-Quality settings while informing users that specific graphic cards will need to drop textures to achieve the base level of 60 frames per second.

You can't be bald, or have a beard in DOOM Eternal. However you do wear a helmet, so if you would like to pretend, nobody can stop you. pic.twitter.com/ek6tIp1qok

Which is a nice nod to id Software’s familiarity with PC games in general, that 60 frames per second is largely considered the bare minimum acceptable frame rate among the more graphically inclined users and their rigs.

It’s also interesting to note that beefy CPU that id Software is recommending; it’s a decent jump between the minimum and recommended, and we can infer that even recommended is barely achieving the apex of what the title will be capable of.

That is the primary chord that the updated system specifications seem to be striking; id Software simply dropped the requirements a hefty amount, likely due to concerns that they would frighten away less powerful rigs from purchasing the title.  In a game that has the ability to play 4K with up to 1,000 frames per second, this frankly appears to be little more than lip-service to the various outlets that tagged the upcoming DOOM Eternal as being a bit picky in regards to the recommended settings.

World Of Warcraft's Horde Hall Of Fame Has Filled All 100 Spots, Alliance Remains At Only 20 Spots Filled