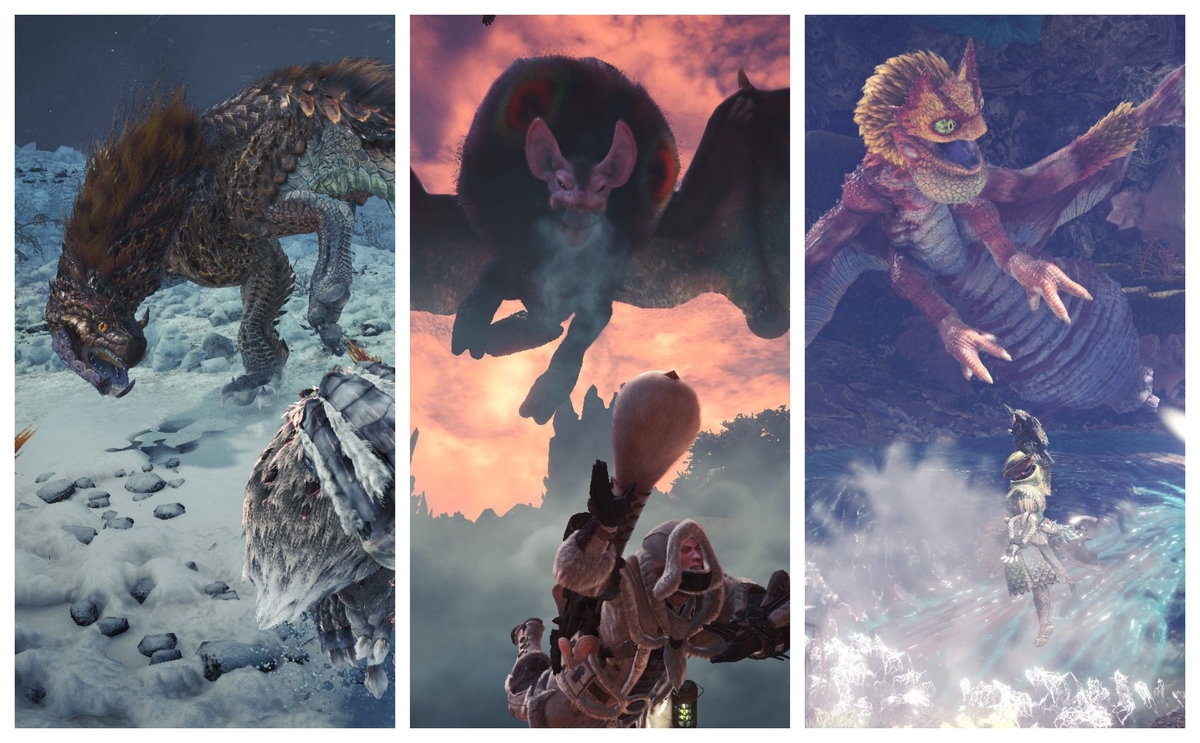 “Hey, can I copy your homework?” “Yeah, just change it up a bit so the teacher doesn’t notice.” A very old meme, but one that rings true in terms of gaming; such is the case with remakes and rereleases. However, in the case of Monster Hunter World Iceborne, this applies to subspecies, which seems to be the flavor of the month.

A bit of background; subspecies in Monster Hunter isn’t a new thing. Called such because they’re essentially ‘variants’ of existing monsters, they come with new movesets, stronger and faster attacks, and color changes. Azure Rathalos, a blue take on the classic Rathalos, hits harder and faster with is tail and flame, and spends pretty much the entire hunt in the air. Stygian Zinogre gets beefier, and rather than use electricity in its repertoire, it uses the dragon element, charging itself up for utterly devastating attacks. And Molten Tigrex? The regular Tigrex is enough hassle as it is, but the hard-bodied, blazing red version is what you’d get if you crossed a belligerent bat, a tiger, and a very irritable volcano.

Iceborne is intent on bringing more subspecies to the steadily growing monster roster. Tobi-Kadachi, Paolumu, and Pukei-Pukei are early-game monsters, and even though they get tempered (more powered-up) versions later, their reason to be hunted is seen less and less the further a player slips into the endgame, where tougher monsters, and by extension, better armor and weapons, become available. Now they’re back, packing heat, and out for blood.

Meet a trio of #Iceborne subspecies! With new moves and new elements these, monsters will test even the most seasoned hunters!

Viper Tobi Kadachi has found a home in the Rotten Vale, and seems to like it, adapting the poison element to itself, and becoming a LOT more aggressive in the process. Between the Vale’s effluvium, the acid pools, and the new attacks, it’s sure to be a challenge for even seasoned hunters.

Nightshade Paolumu takes on a peacock-like pallor, and sees a lot more time in the air. In addition to that, it can use the sleep element. That coupled with its viciousness, turns this fluffy bat/beaver into a real threat.

And finally, Coral Pukei-Pukei. Owing to the nature of the Coral Highlands looking like a giant underwater reef, it uses water to attack, messing with the stamina of hunters.

It’s exciting to see what monsters, old and new, are coming to the update, but it gets better. We’re starting to see more and more of the Master Rank armor. While the skills they provide are unknown, it can’t be denied; they look incredible.

A reminder, the Monster Hunter World Iceborne expansion drops for PlayStation 4 and Xbox One September 6th, 2019, with a later date for PC. Until next time, stay and play savvy, gamers!