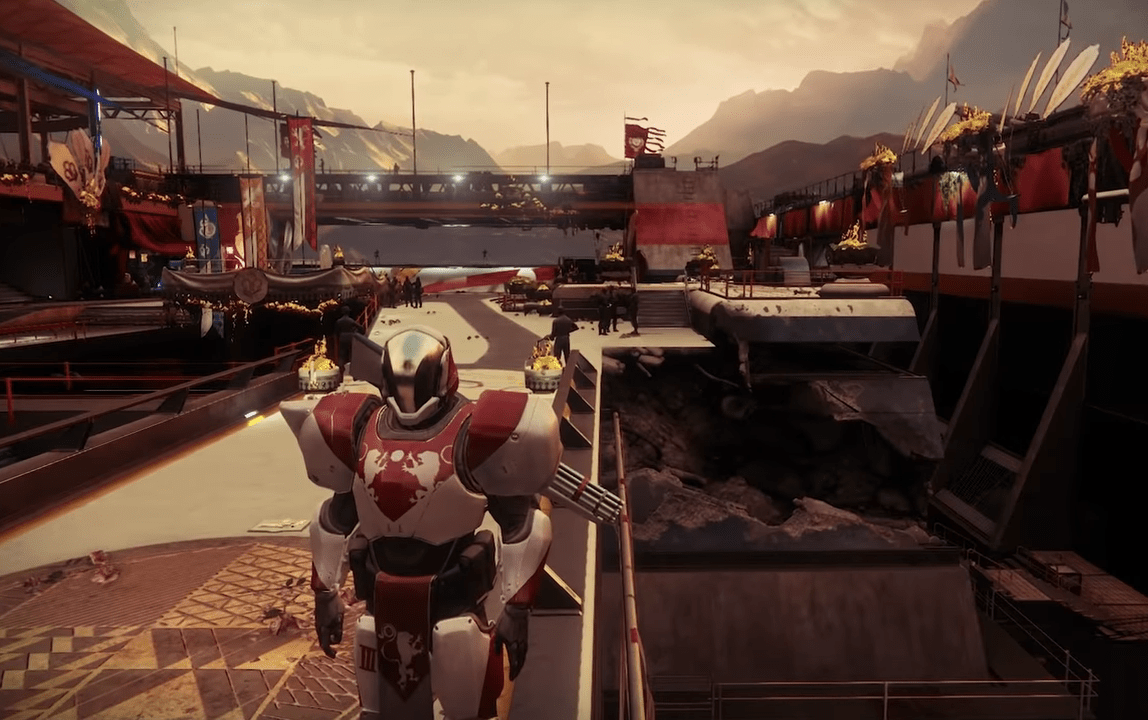 In Destiny 2, with Season of the Worthy slowly coming to a close, players begin to look towards the future and what content lies beyond. Through in-game files and glitches, the Destiny website, and information given by the Destiny 2 team on Reddit, there is a fair bit of information to go over.

Starting with the juicy gossip and leaks, it seems that some players have been able to glitch into a mangled and battered version of the Tower world hub. It seems some kind of debris or explosion will be breaking pieces of the Tower during some sort of future quest or storyline event. It seems likely given the current world state of the game, that this will have something to do with the Almighty that is currently plummeting towards Earth.

Speaking of the Almighty, in-game files have shown the beginning of a quest regarding the behemoth ship starting next season. The quest titled “A Looming Threat” will have players working with both Ana Bray and Rasputin at Zavala’s behest to take down the Almighty. Is this the explosion that will cause damage to the Tower in the future? Players will just have to wait and see.

As for the more solid confirmed content, the Destiny team via Reddit has been providing fans with bits of information regarding upcoming changes to the game. It had previously been revealed that weekly bounties will be disappearing from Destiny 2 sometime in the future. This had players concerned, as currently, this is the best way of acquiring the premium Bright Dust currency for use in the Eververse store.

One of the community managers on Reddit reassured players that while weekly bounties would be going away, the main source for Bright Dust would be changed to some other activity rather than disappearing entirely. It seems likely this will be tied into the upcoming Challenges that are set to hit the game in the future.

There are also some long overdue bug fixes to certain exotic weapons and armors coming soon. Titans will be glad to know that the team is looking into the current issues with Doomfang Pauldrons. Players had been reporting issues with the gauntlets not granting super energy as intended.

Additionally, a long-standing issue with Polaris Lance is finally being addressed. The perk Perfect Fifth has been broken for months now, and a member of the team on Reddit has confirmed for the player base that a fix is incoming, and is currently scheduled during the next upcoming season.

Something important for players to note is that the Season of the Worthy is officially ending on June 9th at reset according to the Destiny website. The site also has a list of items and achievements that will be unavailable after the rollover. The most outstanding of these besides various cosmetics and titles is that after this season it seems players will no longer be able to start the 4th Horseman exotic questline.

As this season comes to a close, make sure to complete any last-minute activities or quests alongside the ongoing Guardian Games. Bungie has hinted at plenty to look forward to in the future, and guardians everywhere will be eager to take down the looming threat of the Almighty in the upcoming season.