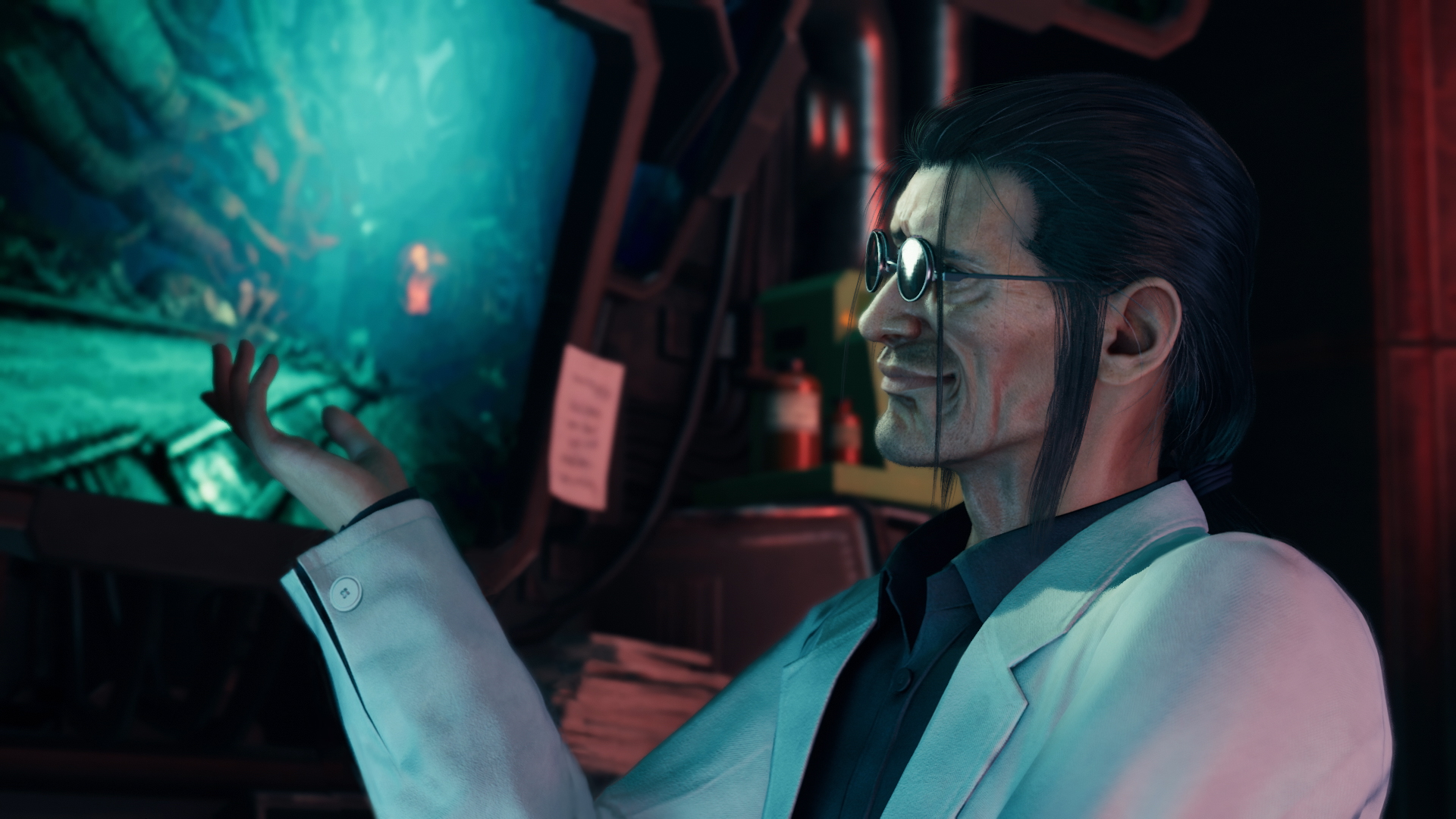 Any good story needs both compelling heroes and villains. That’s something that the original Final Fantasy VII excelled at, and it is a balance Square Enix seems to be trying to recapture with its upcoming Final Fantasy VII Remake.

We all know Sephiroth is the “big bad” of Final Fantasy VII, and with good reason. He is perhaps the most powerful and malevolent villain Square has ever created. But behind the story of Sephiroth is a shadowy figure pulling the strings that sent the greatest Soldier of all time down the path to power and madness.

That character is professor Hojo, the head of Shinra’s science division.

We got our first real look at Hojo (and his voice) in the most recent trailer for the game. However, Square also released two screenshots of the psychotic scientist via the remake’s official Twitter account.

Professor Hojo is the director of Shinra's Research & Development Division.

He won't hesitate to take a human life if it's for the sake of his experiments. Previously his work led to SOLDIER, where he performed special surgery to increase physical power in his test subjects. pic.twitter.com/lGIS6LjXpG

“Professor Hojo is the director of Shinra’s Research and Development division,” Square said in the tweet. “He won’t hesitate to take a human life if it’s for the sake of his experiments. Previously, his work led to Soldier, where he performed special surgery to increase physical power in his test subjects.”

When you look back at the original 1997 release of Final Fantasy VII, Hojo is a character that has his hands in everything. He is absolutely integral to the heart of the story, and it’s good to see that Square is keeping that tradition going with the remake.

Hojo was one of the scientists heading up the Jenova project, which creates Sephiroth and other super soldiers. He also experimented on fan favorite party members Vincent Valentine and Red XIII.

Furthermore, there are a number of major reveals throughout the original game surrounding Hojo that have massive implications to the rest of the story.

In Dirge of Cerberus, Hojo was one of the game’s major antagonists, coming back to life in a reinforced stolen body to enact havoc upon the world once more in the name of testing his hypothesis.

Of course, in the original Final Fantasy VII, Hojo is a rather difficult boss fight, closing out the game’s second disc. While the remake won’t get to that portion of the story in its first chapter, it will be interesting to see what impact Hojo has on the revamped lore of Final Fantasy VII Remake when it releases on the PlayStation 4 on April 10, 2020.