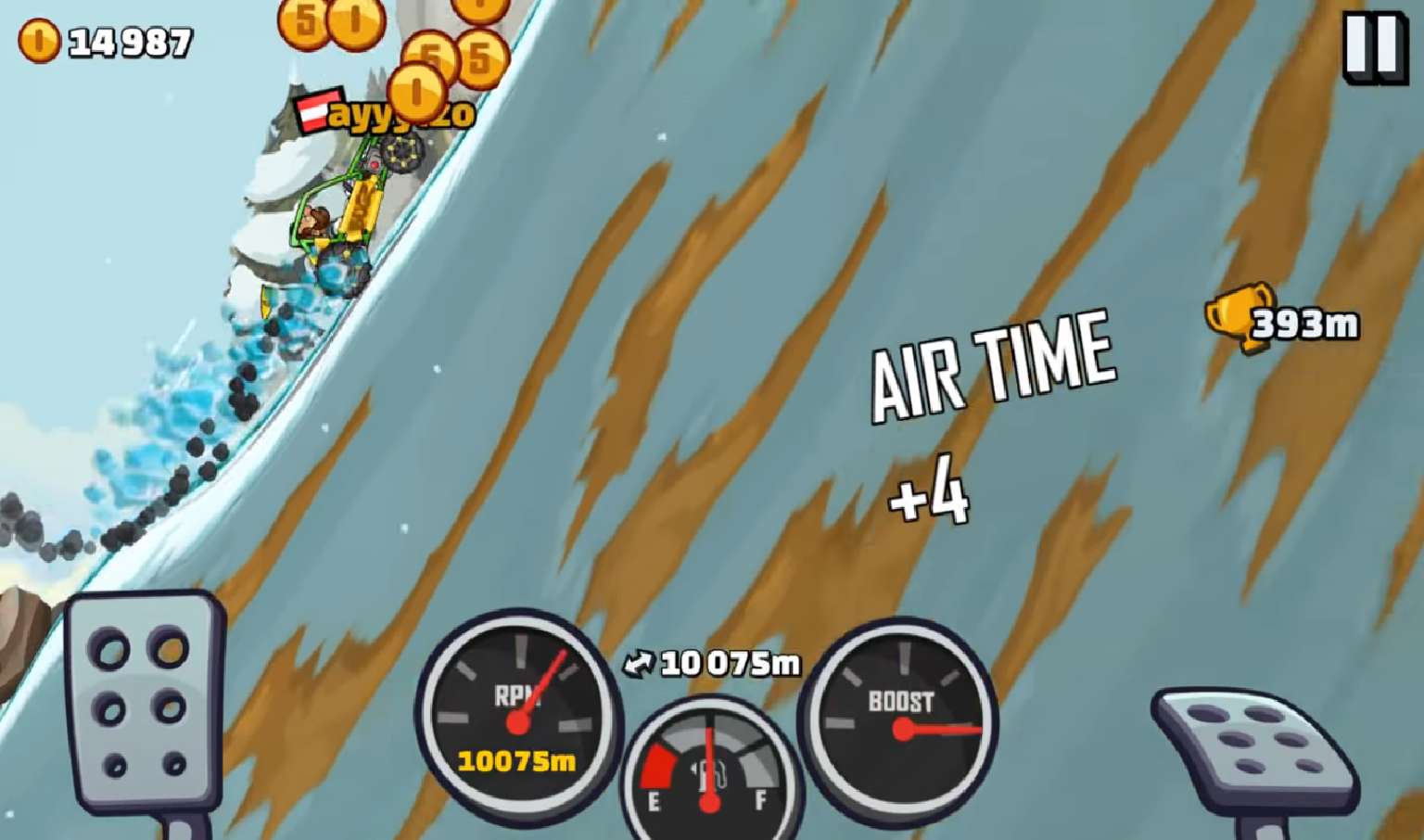 As a game that harkens back to the early days of Flash games, Hill Climb Racing 2 is a perfect entry into the mobile gaming scene. And with update 1.33.3, it continues to make the game better and more fun for players to play.

Hill Climb Racing 2 is a game with a simple premise; race across a bumpy road against other players and try to beat them. With only a forward and reverse button, players are urged to perform wheelies, flips, and other vehicular acrobatics to get points, coins, and more speed.

Hill Climb Racing 2 offers numerous vehicles, along with upgrades to the vehicles. The basic Hill Climber is the most well rounded, with moderate speed, acceleration, and acrobatic ability. But there are many other vehicles available to players. Along the way, players will get access to a scooter, a bus, the Hill Climber mark 2, a tractor, a motocross bike, a dune buggy, a sports car, a monster truck, a super diesel truck, a chopper motorcycle, a tank, a snowmobile, a “moon wheel”, a rally car, a Formula One racer, a racing truck, a superbike, a supercar, and a moon lander. They also have event vehicles like the sled, the doughnut and the snowboard for the recent Christmas event.

Each vehicle has parts to upgrade, making them faster, grip the road better, remain upright easier, and even adds a roll cage for a few of the vehicles. Additionally, there are add-ons to boost up to three aspects of the vehicle. For example, a player could add a magnet to draw coins from a farther distance, a wheelie boost which grants a burst of speed once a wheelie is achieved, the previously mentioned roll cage, and many more things that are and are not unique to specific vehicles.

Players can also unlock different skins for their drivers as well.

As for the 1.33.3 updates, there are four main points. First, is the fact that Friendly Daily Races are back. Players can now race against other players without having to worry about losing in ranked races.

With the Christmas event over, they’ve brought in the Lunar Lug-Nut Festival.  is here. As with all seasonal events, players can celebrate with special team races & public races. Right now, the public race event is the wheelie competition, but more will come with time.

1.33.3 also brought in a new set of skins; character Shoe and his Supercar. This gives a new racer and a new paint job for the Supercar.

And as with any update, Fingersoft performed some various bug fixes.

With the new year in full swing, Hill Climb Racing 2 is definitely ready for it. Players won’t want to miss out on the new things that came with this update.