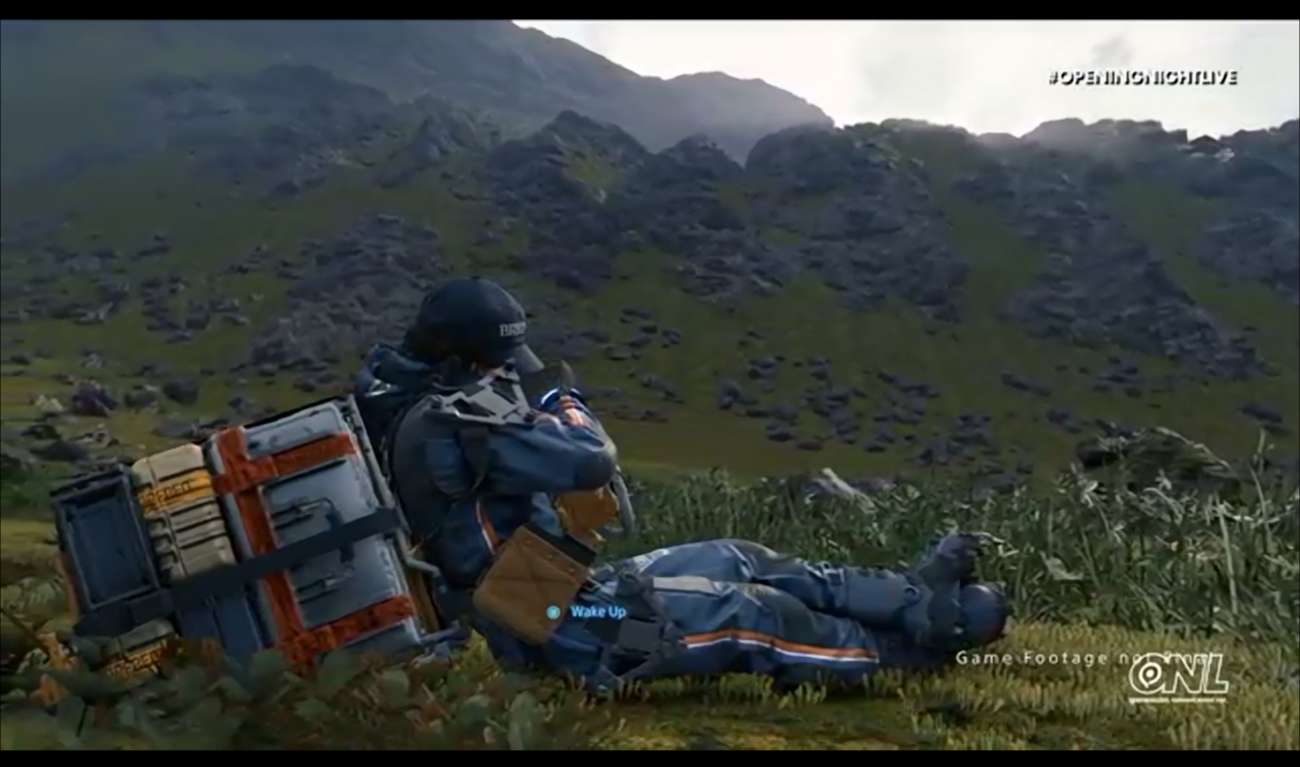 When you think of unique video games coming down the pipe, Death Stranding certainly stands out from the rest. It looks like such a unique game broaching some weird and captivating topics. The director — Hideo Kojima — has a particular vision for this game, which is clear with the latest gameplay trailer he just unveiled.

Before actual gameplay is shown, Kojima took the liberty to spotlight some of the game’s characters. These include Mama and Bridge Baby. They seem integral to this game’s storyline. Mama is shown with some sort of ghost child. It freaks Norman Reedus’ character out right away. It is revealed that this is her daughter. Only, she’s in the upside-down world, and the only way to stay connected is to remain in this area.

Bridge Baby also will be very important to Sam Bridges (played by Norman Reedus). It’s a link he can use the detect monsters, otherwise known as BTs. Thus far, Death Stranding is hitting all of the weird notes. It’s a game unlike any other.

After these two character highlights, we finally move into some gameplay. That’s what everyone has been waiting for, after all. It starts out with Sam sitting down surrounded by roaming hills. He quickly stands up and finds a place to urinate. Not the most graceful introduction to Death Stranding’s gameplay, but somehow, this image sticks with you.

What seems like a normal human activity quickly turns into something magical. The spot that Sam urinated on has a mushroom sprout up. It’s a visual you can’t get out of your head. Sam then moves on to an open field, where he uses some sort of detection device. It looks like it helps him pinpoint meaningful points of interest in this open world.

Sam quickly comes up to a large cliff. Normally, you would think that he would have to walk around. Not in Death Stranding. He uses a high-tech ladder than reaches to the top. It seems like a very handy tool you’ll be using quite a bit in this game to reach high points of interest.

Sam finds a shuttle that has a hologram message waiting for him. He enables the messenger to join the Chiral Network program, which seems like a way to establish links with others across the world.

These first impressions of Death Stranding certainly are memorable. Who knows what mysteries you’ll unlock and adventures you’ll take in this highly anticipated action game?

Nov 4, 2022 Michael Gunn 300
Two extremely grainy photos of Hideo Kojima's Overdose have been discovered online. These images appear to depict the same video that was purportedly...

Oct 30, 2022 Michael Gunn 940
Ryan Karazija, the band leader responsible for a significant amount of the music in Death Stranding, died recently at the age of 40 +for reasons that...

Oct 5, 2022 Michael Gunn 530
Despite Hideo Kojima's tight-lippedness, fans have known for some time that a Death Stranding sequel is in the works. That's because, in May, actor...