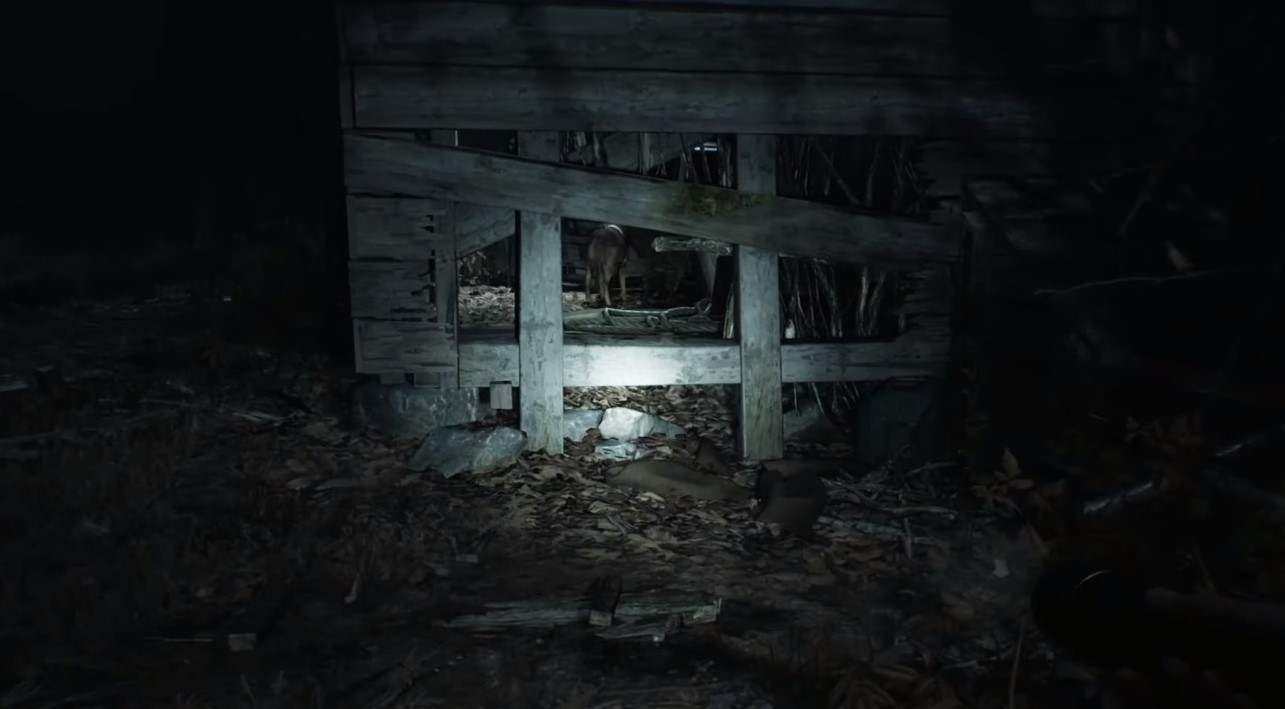 Today is the day the much anticipated Blair Witch game finally releases for the Xbox One and Windows PC. Fans of horror games have been looking forward to the game for months, which will follow a clueless student filmmaker trekking through the woods with their camcorder and their dog Bullet.

But how long will it take to beat Blair Witch? According to developers, if you played the game straight through, it could take anywhere from 6 to 8 hours to finish the game. All of this depends on a wide number of factors: how much time the player spends exploring, how difficult you find the puzzles, how quickly you can adapt to the game’s puzzles, and, finally, (perhaps most importantly) how hard it will be for you to explore areas in low light conditions.

Although the game’s interface and playstyle is pretty simple, that doesn’t mean the puzzles will be. The main character of the game wanders through the forest with his dog, Bullet, and uses a command wheel feature to give the dog commands. Bullet will be able to interact with objects, dig in certain places, sniff out trails, and scout ahead of the player. Other than that, the player uses a flashlight and a camcorder, just like in the movies.

Hence much of the game is focused on exploration. Players will cause events by entering certain areas at certain times and discovering things they had not noticed before.

The movie for the original Blair Witch Project came out in 1999 and followed three amateur filmmakers into the haunted forest that surrounds Burkittsville, Maryland. The teenagers are there to investigate and document the urban legend of the so-called Blair Witch. Of course, since it is a horror film, they find more than they bargained for.

Several locals tell the teens stories related to the forest. In a famous clip, two fishermen talk about a girl named Robin Weaver, who saw an old woman floating through the forest.

Later, the students hike to film the forest’s Coffin Rock, where they say five men were murdered by Satanists. One of the three filmmakers goes missing, and the others decide to track him down — a big mistake.

They follow his screams to some abandoned house with children’s palm prints all over the walls. The footage ends there with them being attacked by invisible and supernatural forces.

If all of this sounds exciting to you, then you might want to check out Blair Witch, which is out now for PC and Xbox One. It will take approximately 6 to 8 hours to beat if you can play it for that long without turning on the lights.

ClearCube Launches C4Pi Thin Client, Which Packs A Powerful Punch From Such A Small Package

Oct 6, 2020 Jeremy Green 4280
Bloober Team has made a lot of great survival-horror games over the years, but one of the most iconic was Blair Witch, a psychological horror game...

Dec 4, 2019 Jeremy Green 8500
The survival-horror genre is absolutely booming right now. There are so many great games in this category, from zombie thrillers to alien stealth...

Nov 21, 2019 Dylan Duarte 7360
The Blair Witch franchise made a surprise return with 2016's film of the same name. It was an actual surprise; the film shot under the name The Woods...