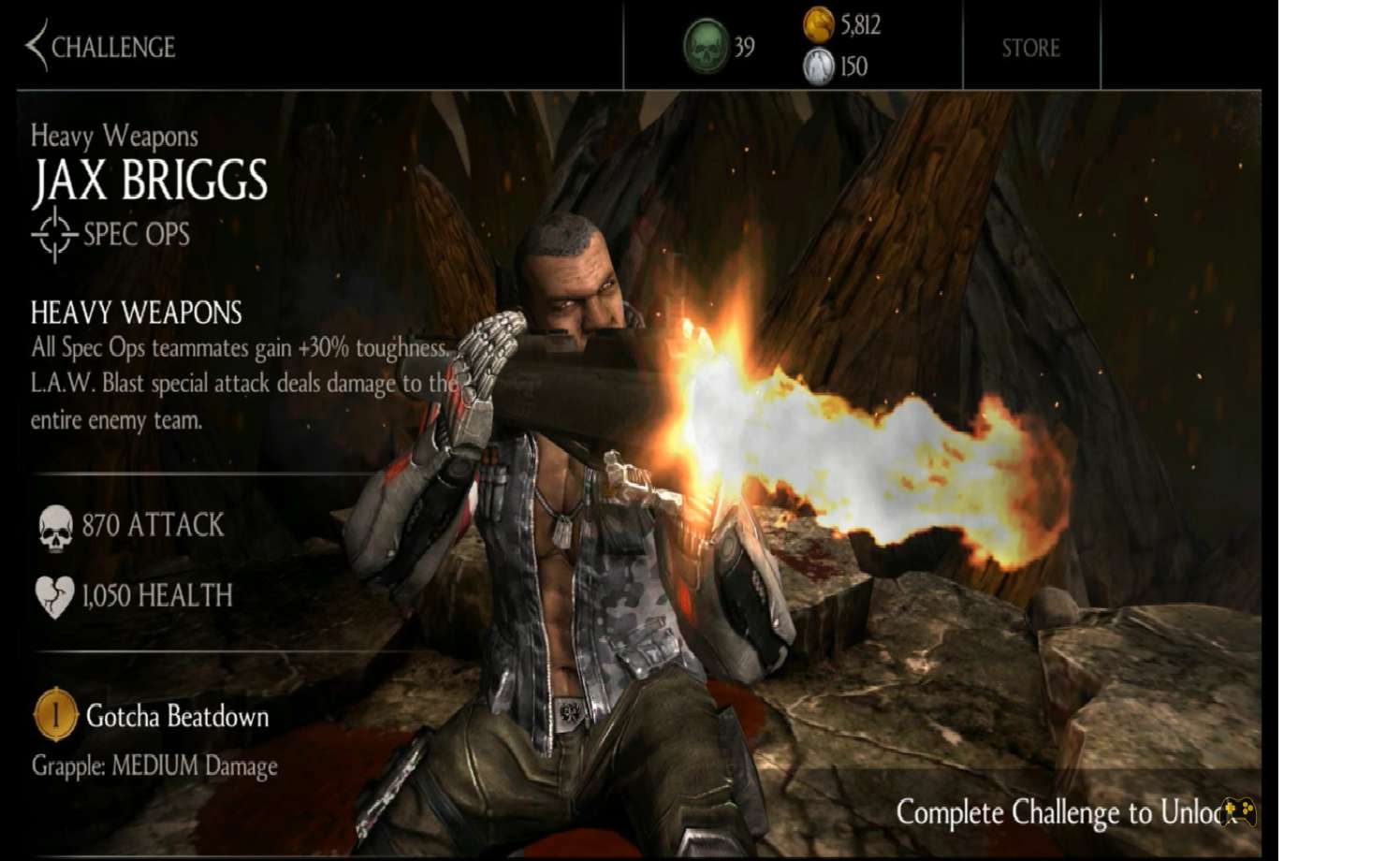 Fans of Mortal Kombat Mobile will be happy to know that a long-time hero of Mortal Kombat, Major Jackson Briggs, is getting his own weekly tower. And this time, it’s his Heavy Weapons Jax variant.

Jax was also in the Mortal Kombat film, Mortal Kombat Annihilation, portrayed by Gregory McKinney. He was also part of the main cast of Mortal Kombat Defenders of the Realm, the USA network cartoon, where he was voiced by Dorian Harewood.

What most people think of when they think of Jax are the cybernetic arms. But interestingly, the arms have different functions in both timelines. In the Midway timeline, which encompasses Mythologies, Special Forces and Mortal Kombat 1 through Armageddon, these arms are actually cybernetic enhancers. They can be removed whenever Jax wants to.

Heavy Weapons Jax is also based on his Heavy Weapons variation in Mortal Kombat X. He carries a submachine gun and a rocket launcher, both of which are used in his movies and combos. The gun is used in the combos, while the rocket launcher is tied to his L.A.W.Blast tier two special.

As with all weekly character towers, Heavy Weapons Jax has five towers with different requirements to complete each one, with three difficulties to run through. Running through all three difficulties gets the player different rewards, one of which is an upgrade to Jax’s card, which makes him more powerful for his level.

Heavy Weapons Jax will be available until January 2, 2020, so if players want him, they’ll need to do so quickly. Jax is a fun character to play as, and the fanbase won’t want to miss out on this variation.