Guide On How To Play The Latest Released Jungler In League Of Legends, Lilia – The Bashful Bloom 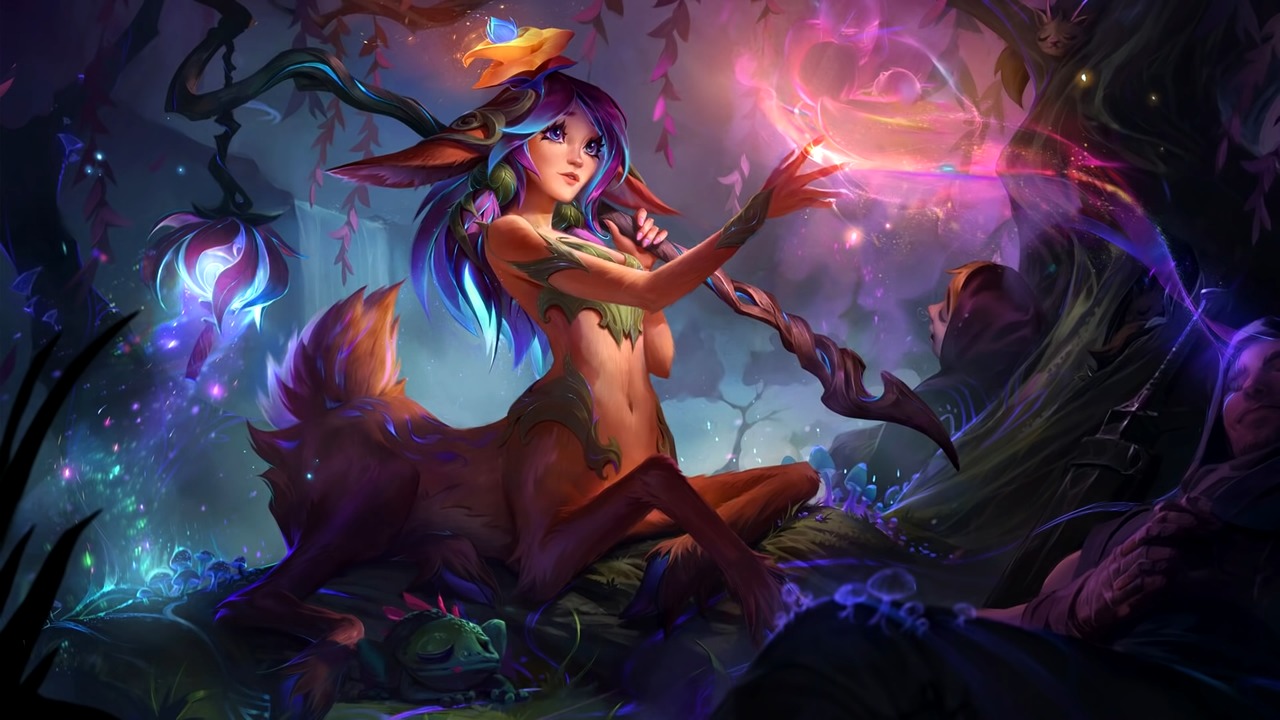 Lillia, the Bashful Bloom, is League of Legends’ newest champion.

Lillia’s kit has her in an interesting position of a close to mid-range skirmisher, with spot chances to have long-range initiation. Players that are looking for a mobile magic damage laner or jungler that can orb walk and out-kite opponents can find a strong champion to practice and add to their repertoire.

Here’s what you need to know to help you master the Bashful Bloom more efficiently.

Since Lillia has potential in either solo lanes or the jungle, there are multiple keystone runes she can pick to complement either her user or team composition. If you’re solo laning, Phase Rush, Conqueror, and Arcane Comet are all viable choices depending on the matchup.

Conqueror lets you extend leads if you can consistently hit your abilities against a slow melee opponent without speed boosts or dashes. Phase Rush lets you match opponents that have a mid-range comparable to yours or a speed boost similar to Lillia’s Q passive. Arcane Comet is an alternate route to go if you find yourself in a ranged matchup when the opponent has no sustain. Hitting your Es and Qs can eventually force an opponent out of lane as the slowdown granted from E nearly guarantees Comet to land to add to your poke.

When you’re jungling, Dark Harvest or Electrocute are go-to choices since getting extra burst damage on ganks can help push your damage a little over the edge to secure kills for your team. If you find yourself fighting against a low-tempo early jungler, then Dark Harvest can be more fruitful if you can find more gank opportunities against opponents to let it stack more.

Whenever Lillia hits an enemy champion or monster with her abilities, she marks them with Dream Dust. The passive mark deals damage to enemies over time based on their maximum Health.

Lillia’s Q has a passive and active component to it. Passively, whenever Lillia damages enemies, she gains bonus movement speed over time. This bonus movement speed can stack up to five times. As an active ability, she quickly sweeps the area around her dealing magic damage to enemies hit within the circle around her. Much like Darius’ Q, there is a slight delay before the damage and hitbox is active, and enemies that are hit by the edge of the circle will take extra damage.

After spending enough time winding up, Lillia smacks her stave to deal magic damage in a nearby area, dealing extra damage to enemies caught in the center of the blast. While it may be tough to land the maximum damage circle when first playing her in quick skirmishes against mobile opponents, being able to hit the center on crowd controlled opponents, like from your ultimate, can lead to massive damage opportunities.

Lillia throws a seed that deals magical damage and slows enemies it hits, if the throw misses, the seed rolls until it collides with an enemy or any form of terrain.

Due to the nature of Swirlseed’s throw in conjunction with the long-range rolling, Lillia can hit enemies from unsuspecting angles and lead it into devastating initiations. With perfect vision, information, and practice, Swirlseed can be a nightmare for your opponents to deal with.

Enemies with Dream Dust, at any range, become drowsy. After the initial delay, enemies will fall asleep for a couple of seconds. Any damage taken by the enemies will wake them up, dealing bonus damage to them if awoken this way.

Where Swirlseed serves as an initiation tool to get you to fights faster by hitting enemies from far away, Lilting Lullaby serves as an extra followup to crowd control those enemies caught by the Swirlsweed after hitting level six.

How to have an optimal jungle clear

Since Lillia’s kit revolves around accruing massive movement speed bonuses, you can use this to your advantage to maintain a healthy clear with proper kiting around camps. Getting used to the rhythm of Lillia’s attack move can let you understand how much you need to move in between auto attacks and ability casting before you need to stop to do it again. Understanding this back-and-forth timing between moving and attacking will allow you to disallow slow melee monsters from ever damaging you.

Once your passive Q stacks reach maximum movement speed, then you can begin properly kiting wolves to take only every other attack. After enough attempts, by the time you reach Scuttlecrab when it spawns, no matter which clear path you choose, you should be close or full health with a smite to secure the crab in case an enemy jungler shows up.

You too can become a godtier jungler on Lilia if you follow these tips.