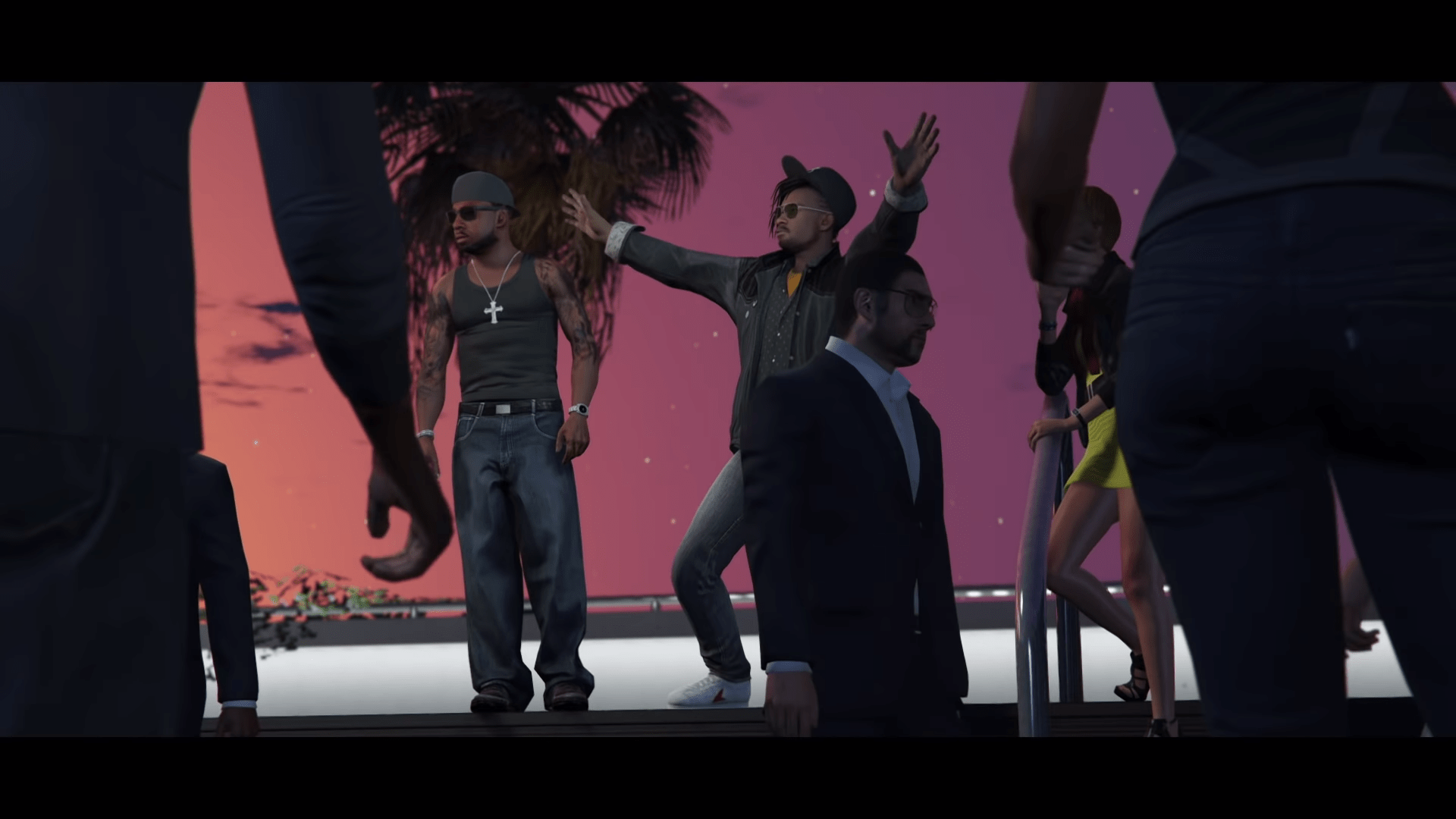 With all the hype surrounding the next Grand Theft Auto franchise, Rockstar games don’t want to leave its current player base wandering to other games. The Grand Theft Auto Online New Year update brings a ton of items and features to the game that will thrill even those veteran players.

The rare Southern San Andreas snowfall has returned just in time to say goodbye to 2019.

Plus, celebrate New Year's Eve and New Year's Day in GTA Online with gifts including a pair of festive Bodysuits, the Firework Launcher and more.

On a blog post from the New York-based developers, the residents of Los Santos and Blaine County will have New Year’s Eve and Day celebrated with a classic Dewbauchee JB 700W. If that’s not enough, Rockstar has added weapons to the old favorite so players can wreak havoc to their territories.”When you thought old school cool couldn’t get any cooler, the Dewbauchee JB 700W is back. And yes. This time, it’s weaponized,” the blog post reads.

The grateful company is also giving away two pairs of bodysuits. On December 31, players will receive the Yellow Reindeer Lights Bodysuit and the Neon Festive Lights Bodysuit for logging in on New Year’s Day.

A plethora of other gifts will also be given to players active on those two days that will include Snacks, Armor, Firework Launcher, and 20 Firework Rockets. It truly is a care package the multiplayer fans need for the new decade!

Benefits For Linking Your Twitch Prime

Players who linked their Rockstar Games Social Club and Twitch accounts will enjoy added benefits. The perks include an additional 10% discount for those who are buying the items mentioned above and access to Pixel Pete’s Arcade property. The said property in Paleto Bay will be for free via a rebate within 72 hours of purchasing.

The Holiday discount is still ongoing with all these said, so players can spoil their in-game characters with what they fancy. The discount includes real estate properties such as the MC Clubhouses, MC Business Properties, Executive Offices, Bunkers, Hangars, and Facilities. All of which are at a 50% discount.

To add to a player’s car collection, Rockstar has generously discounted beloved autos such as the Pegassi Tezeract, Mammoth Avenger, Mammoth Thruster, and the Buckingham Akula at 40% off.

Just before Christmas, Rockstar also added the Grotti Furia supercar from the Legendary Motorsport. The roaring, elegant, and head-turner vehicle is of Ferrari red in color with black highlights and sleek curves. “You don’t know what to take in, or how to react. You’re experiencing Grotti love at first sight,” the GTA V developer describes the new Diamond Heist luxury car.

It is estimated that over 100 million copies were sold of the action-adventure video game, and the online platform has around 33 million active users. The GTA Online, as one can expect, is a multiplayer take on the game with different tasks that can be completed individually or with other players. Players can earn weapons, vehicles, and other rewards for going through the progression.

Even though it doesn’t top the chart like Fortnite or League of Legends, GTA V still sees streamers and viewers on Twitch. Dedicated broadcasters of the game, up to now, enjoy the viewership such as Lord_Kebun, Summit1g, Lirik, and Moonmoon_OW.

Aug 11, 2020 Jeremy Green 12881
GTA Online has been instrumental to GTA 5's success. After the base game, players can dive into some open multiplayer action that is so full of...