Developer Adam Ryland with Grey Dog Software has announced the release date of their upcoming wrestling game Total Extreme Wrestling 2020. The game was initially announced in December 2018 but is ready to launch in beta and then a full release later this month.

Along with the announcements was a news post announcing several features in the game.

In Total Extreme Wrestling 2020, players take on the role of a wrestling promoter. Players have to work their way from the bottom to the top to become one of the biggest names in the business. Players also have to deal with wrestlers and their growing egos, rival promos, and the demands of tv corporations if the promo wants win in the prime time ratings war.

The new game will have a new contract structure, ticket pricing, and merchandising plans. The ticket pricing may become important, as the audience may be more willing to attend an event in-person if one of their favorite stars has a match.

Wrestlers’ work experience has also been added to the game. The more experience a wrestler has before joining the promo, the better they can handle being in the ring in front of a crowd and cope with any issues that may arise. Players can choose to book someone with more experience rather than a newcomer who may not handle being a pro-wrestler.

Since this is a new installment in the series, players cannot continue their TEW 2016 save games. They are completely separate games.

Players who want to test out the Total Extreme Wrestling series before buying can try several demos from the series on Grey Dog Software’s website. The company has also released series such as World of Mixed Martial Arts and Wrestling Spirit.

Wrestling Spirit was also created by Adam Ryland but focused more on building the career of a single wrestler. Players have to play through each match, negotiate contracts, manage backstage politics, personal finances, and of course, injuries.

Players will only be able to purchase Total Extreme Wrestling 2020 through the Grey Dog Software website for PC as a digital download.

The trial public beta will launch on April 23. The trial will only contain a limited amount of gameplay from the full release per save game. Players can use their saves from the trial in the full version.

Round 1 Of European's League European Championship Playoffs, Fnatic Vs Origen

Round 2 Of European's League European Championship Playoffs, Misfits Vs Rogue 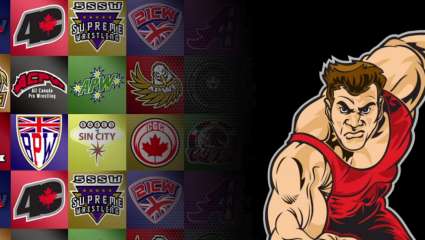