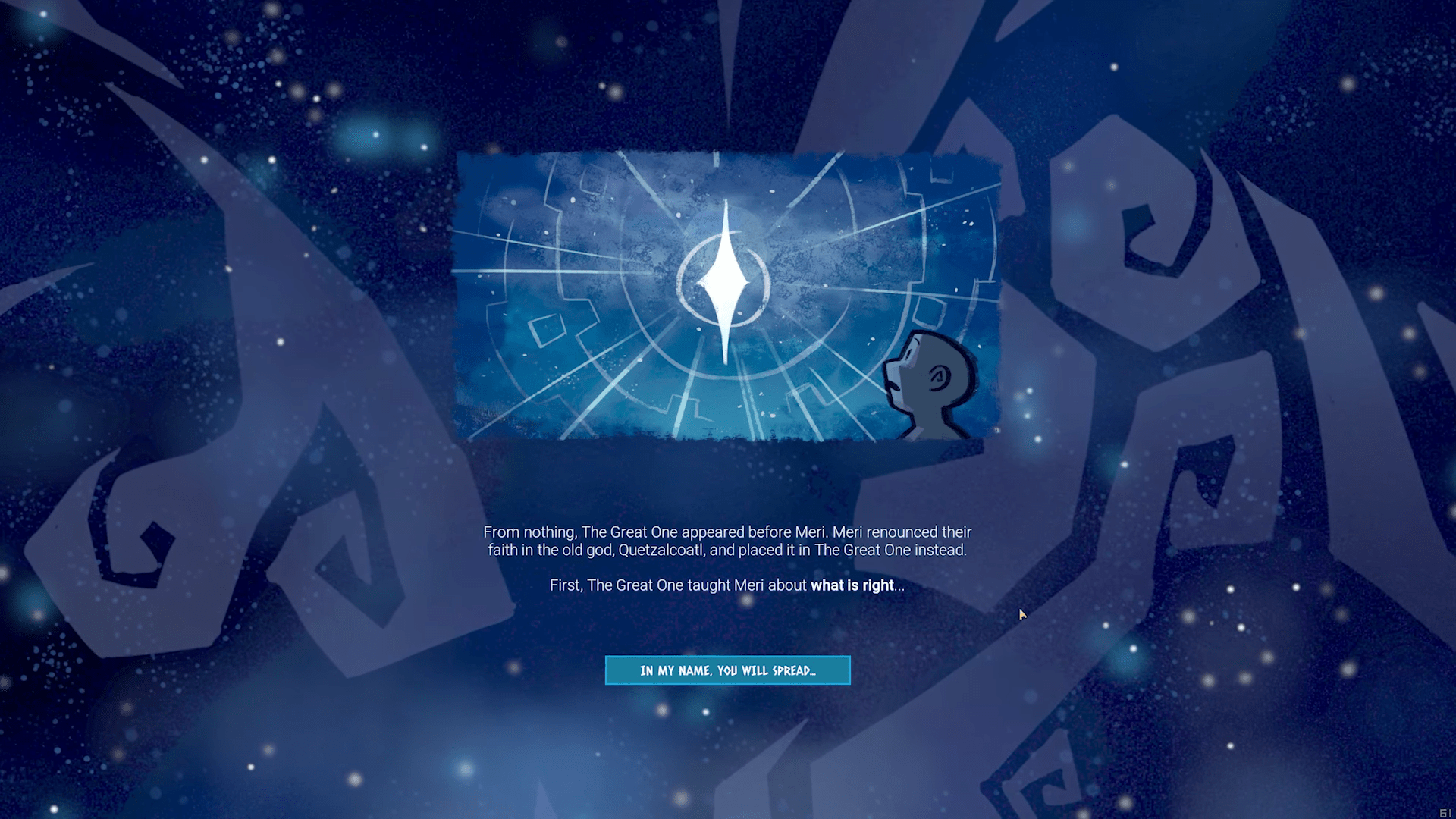 A new game has hit the Steam store during the middle of July, and the striking visuals and relaxing gameplay have captivated its audience. The game is published and developed by a small studio called Abbey Games, also responsible for Reus and Renowned Explorers. While new releases are always exciting, and it feels good to support small publishers, sometimes a small developer studio can be a mixed bag.

So what is the game all about? Well, as the title suggests, Godhood allows you to craft a religion in which you are the deity. The game opens with picking between different tenets upon which your religion is based, such as War, Greed, or Chastity. The game has several different elements mixed into this premise, with players engaging in turn-based combat, town-building while you expand your holy site, and customizing disciples for your combat team.

Prepare for Godhood! Our new strategy god game launches into Early Access on July 10th. Please help us spread the word with a retweet 🙂

The story of the game is quite basic and only serves as a vehicle to start your gameplay. Your religion is founded by the first prophet, and this prophet is kicked out of their home because of their newfound beliefs. This prophet builds a small holy site and seeks to spread your religion across the lands. To do this, players will engage in ritual combat with opposing devotees. Winning in combat will show that your devotees are favored, and give you worshippers and goods alike.

The combat itself is turn-based, but you don’t get to directly control characters. Instead, you have full autonomy over their abilities, passives, and over-arching class and then they act as they see fit during the heat of battle. New devotees must be trained, as disciples can get old and frail as the years go by. The town-building is limited, serving as the way in which you train your combat team.

There are some glaring issues with the game, however, this is expected as the game is in early access. Rather than being a god game like promised, the aspects of growing and founding your religion are really just a coat of paint over the turn-based strategy underneath. The different dogmas you choose between have little game-play impact besides aesthetics. The combat heavily favors mass DPS hard-hitting strategies, and more defensive playstyles are extremely difficult to maintain throughout a playthrough.

Another large gripe is that the opposing religious factions do not play through the game as the player does. What I mean by this, is that unlike popular strategy games like Civilization, the enemies are static. They stay at the same difficulty from the beginning of the game, and you just have to grind until you are strong enough to face them.

This is not an issue in and of itself, but when there is a system for building a base and the passing of seasons, the rest of the world seems to be in flux while your followers are actually observing the passage of time. It creates a strange juxtaposition.

Luckily, the developers are planning on addressing some of these issues, and seem to be taking player feedback seriously. A massive update is currently planned for August and is dubbed The Will of the People. In the developer update on Steam, it is stated,

“Look forward to us working to expand and improve Godhood with these topics in mind during Early Access. We’ll be starting off with the “Will of the People” update. This update will be focused on increasing mechanical depth, adding more challenge and raising the consequences of your actions.”

As such, especially given that the game is currently priced at $26.99, I would recommend waiting until August to pick this title up. The game is delightful at surface level and is brimming with potential, but the current gameplay and mechanics just can’t seem to back this up. It is a good sign that developers are already working to rectify these issues. 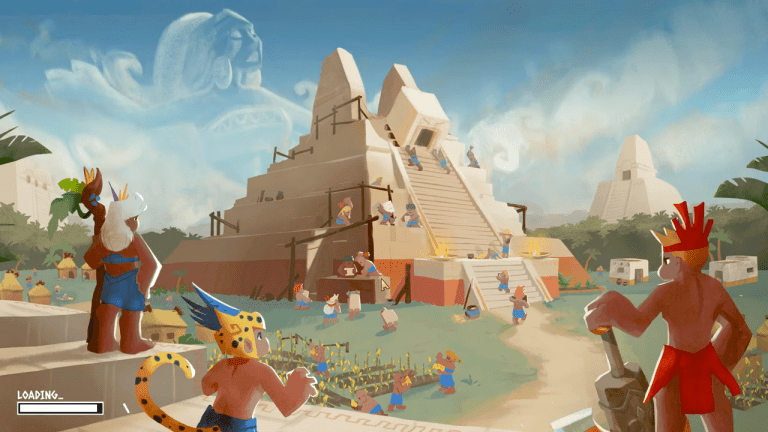 Aug 20, 2019 Seb Bates 4350
A while back I put out a review of Godhood, a steam game developed by a small studio responsible for a couple of cult classics like Renowned... 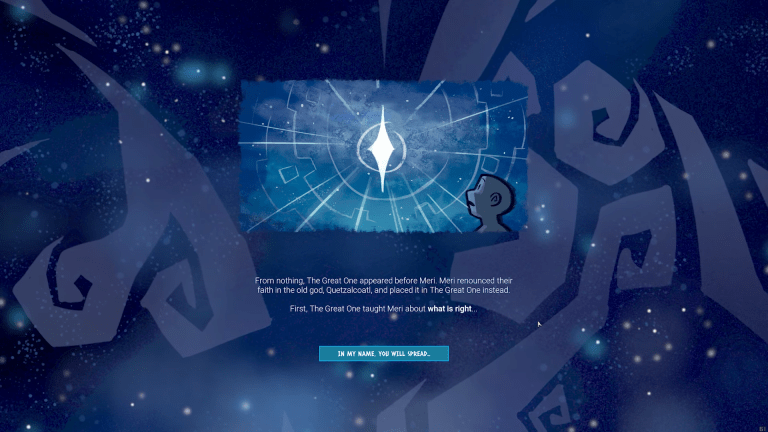 Jul 24, 2019 Seb Bates 4410
A new game has hit the Steam store during the middle of July, and the striking visuals and relaxing gameplay have captivated its audience. The game...