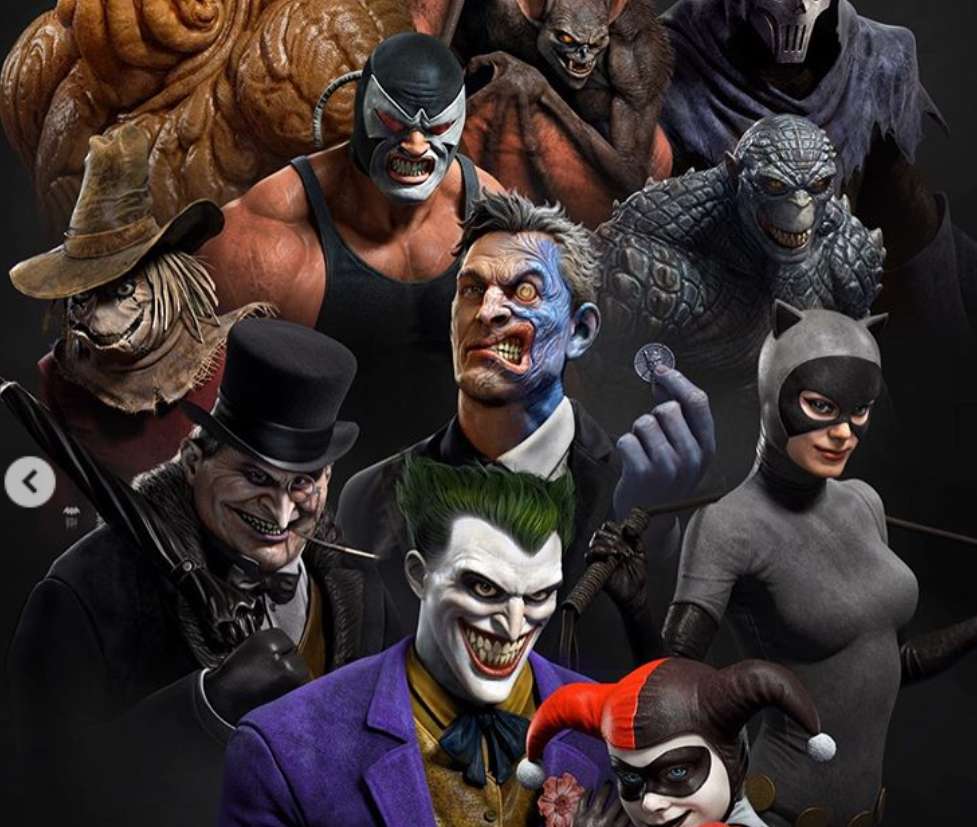 Raf Grassetti is becoming a well-known name in the gaming world.

For starters, he served as the art director for 2018’s smash hit God of War. Now, he has taken to creating amazing artwork of popular fandoms on his Instagram account. In the past, Grassetti has set his sights on gaming franchises like Sonic the Hedgehog and Star Fox. But his most recent series covers one of the most iconic super hero television shows of all time, Batman The Animated Series.

Grassetti started out with a number of Batman’s classic villains. We got Two Face, Bane, Killer Croc, Scarecrow, Harley Quinn, The Penguin, and, of course, The Joker.

🦇BTAS 11 – Catwoman Continuing on the villains. A few more to do before we start some heroes 🐈 #dc #batman #joker #catwoman #harleyquinn #comics

The Phantasm, in particular, strikes a chord with most Batman fans. This eerie specter of a villain was the main antagonist in the theatrically released movie based off of Batman The Animated Series, Mask of The Phantasm.

Focusing on Heroes from Batman the Animated Series at least means we will be seeing Batman, Robin, and BatGirl. It is also possible that we might see Nightwing, who ended up premiering later in the show’s run.

Batman The Animated Series is beloved by super hero fans of all ages because it was one of the first super hero cartoon shows that threw out the campiness of the Super Friends and focused heavily on the dark seedy world of crime.

The show was the brainchild of writer Paul Dini and head artist Bruce Tim. After working on Tiny Toon Adventures, WB Kids approached the duo and asked them to create a show about Batman. This was shortly after Tim Burton’s Batman Returns had hit movie theaters to huge success.

Batman The Animated Series is also best known for being the birthplace of Harley Quinn, who just had her own movie in theaters earlier this year. It also was the creation of the modern origin for Mr. Freeze, which was cemented in the classic episode Heart of Ice, from the show’s first season.

This series also gave us Kevin Conroy as Batman and Mark Hammil as The Joker. The two have gone on to voice these characters in many projects, including three out of the four Batman Arkham video games.

Oct 19, 2020 Lisa Nguyen 9080
Animal Crossing: New Horizons was released this past March, but players are always finding new and creative ways to play. Both players and businesses...

Sep 27, 2020 Aaron Hans 4130
Season two of Netflix's The Witcher recently restarted production after being delayed due to the COVID-19 pandemic, but unfortunately, the virus has...

Sep 14, 2020 Aaron Hans 6010
Sony has been trying to make an Uncharted movie for over a decade now, and it finally looks like the film is coming together, at least according to...