Zumba: Burn It Up! is making its way onto the Nintendo Switch dancefloor on November 19th.

Zumba is a dancing workout that has become a staple in many people’s weekly work out routine. Zumba is practiced across 186 countries, and now it’s coming to Switch gamers’ living rooms.

This game is for dance and workout enthusiasts of all ages as the gameplay can be altered to suit the gamers skill level and musical preference.

Gamers will use their Joy-Con controllers to track their movements and earn points with their dancing skills and energy.

Check out the Zumba: Burn It Up! trailer:

There are over 30 songs for dancers to choose from, and they include massive hits like I Like It by Cardi B, Bad Bunny, and J Balvin, and Level Up by Ciara. There are also Zumba original tracks that are perfectly crafted to raise the energy of the dancer, getting them into the groove.

Gamers will be able to choose from an assortment of dance styles, each with its own intensity level. These routines will feature Zumba favorites as well as brand new routines, all influenced by dance styles from around the globe.

There are 30 different classes that differ in fitness level and dancing skills, so this game has something for everybody. Gamers can save their high scores and set goals for themselves, making this a great balance of a video game and a lifestyle/workout routine.

The dance routines will be led by superstar instructors as they guide the gamer through every move. The backdrop will be fun and lively locations, including a bright lit downtown, a dune filled desert with palm trees and a Zumba platform with a vast night sky.

Zumba: Burn It Up! reacts to the gamers dancing and skill level by rewarding the player via real-time updates. Dance with friends and family as well; this game allows up to four local players to dance alongside each other.

One thing that gamers should take note of is the digital Zumba: Burn It Up! is a massive download, taking up 6.6 GB of space. This game is also only supported via TV mode and Tabletop mode, not Handheld mode, but since gamers will want to use their hands to dance anyways, it shouldn’t be a big deal.

Unfortunately for Zumba athletes without a Nintendo Switch, Zumba: Burn It Up! is not set to release on any other platform yet.

Zumba: Burn it Up! costs $39.99 and can be purchased from any game retailer or through the Nintendo eshop.

ZUMBA: BURN IT UP! 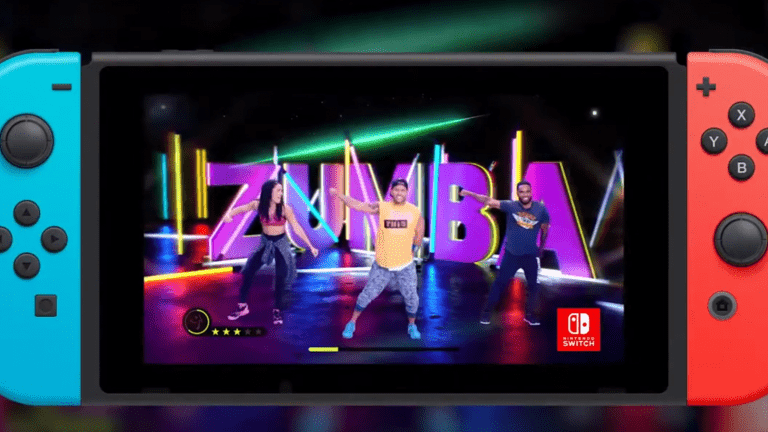 Nov 17, 2019 Stephen McCaugherty 3400
Zumba: Burn It Up! is making its way onto the Nintendo Switch dancefloor on November 19th. Zumba is a dancing workout that has become a staple in...