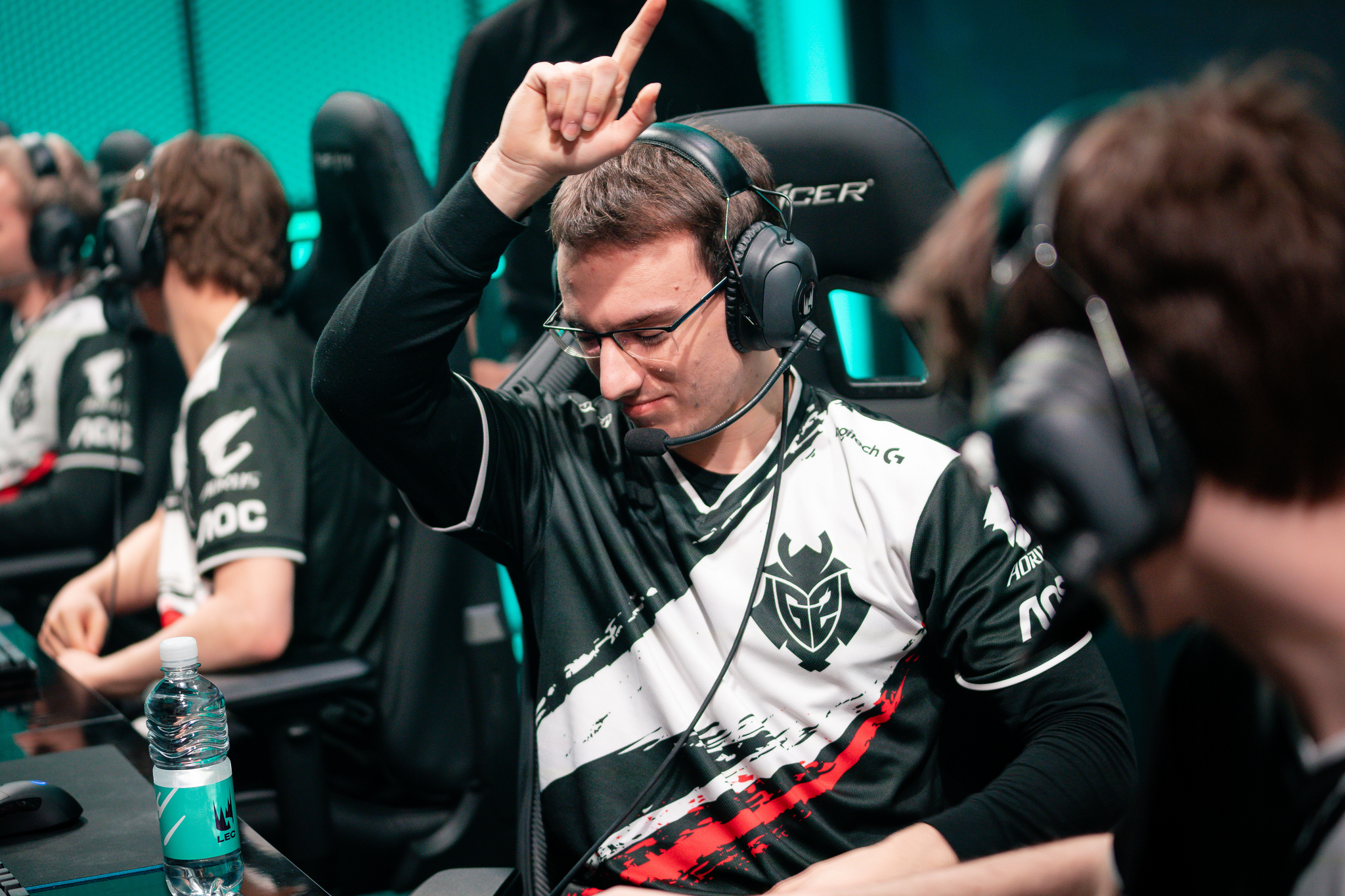 The League of Legends community was caught off-guard when G2 announced that Caps and Perkz would be switching roles again after taking home the 2020 LEC Spring Split championship.

Perkz recently interviewed with Ashley Kang from Korizon Esports and further commented on the reason behind the team’s decision.

After talking about his extended break after Mid-Season Invitational’s cancellation, Perkz said that G2 had discussed a potential swap during the season. G2’s star player also added that he believed Caps didn’t enjoy playing ADC as much as he did.

Perkz also mentioned that the main reason the two initially swapped roles was that Caps thought Perkz didn’t enjoy playing in the bot lane. Perkz described the situation as wholesome and believed that him switching back to ADC while Caps took over mid lane again would be the best for G2’s future.

The only downside he felt about the change was keeping up with the current meta in the bot lane which “shouldn’t be that hard.”

Though he was already thinking about the change even before talks started, Perkz said that he found the initial switch to be quite helpful since it allowed both him and Caps to understand each other’s perspective.

“Our team’s main issue last year was that we could only win the game through the bot lane,” Perkz continued. He believed, as a more vocal player, him switching to the mid lane was crucial to adapt the team to playing around different lanes.

Overall, Perkz described the whole process as an eye-opening experience which helped the team see its core flaws instead of writing them off as “inting” or “trolling.”

“Personally, I am trying to take it more slowly and not to burn myself out,” Perkz said. “I try not to stress over my mistakes or my teammates’ anymore and I just try to enjoy the moment a little bit more.”

Perkz continued the interview by explaining how the team’s approach had changed since 2018. He said that the team’s first decent run was purely due to the squad’s overall dopamine level and talking out all the issues once the “high” was over served as a huge part of their second run of success.

League fans will be able to watch the new iteration of G2 once the summer split of the LEC kicks off on June 12. Will they return to their previous domination or continue to show signs of weaknesses going forward?

Nov 6, 2020 Giorgio Delgado 4410
DAMWON Gaming took down G2 Esports in a dominant fashion in the 2020 World Championship semifinals today, getting revenge for being eliminated during...

Oct 18, 2020 Richard Sebastian 3170
The 2020 League of Legends World Championship has been cutthroat between the European and Asian regions. With just one more quarterfinals to be...