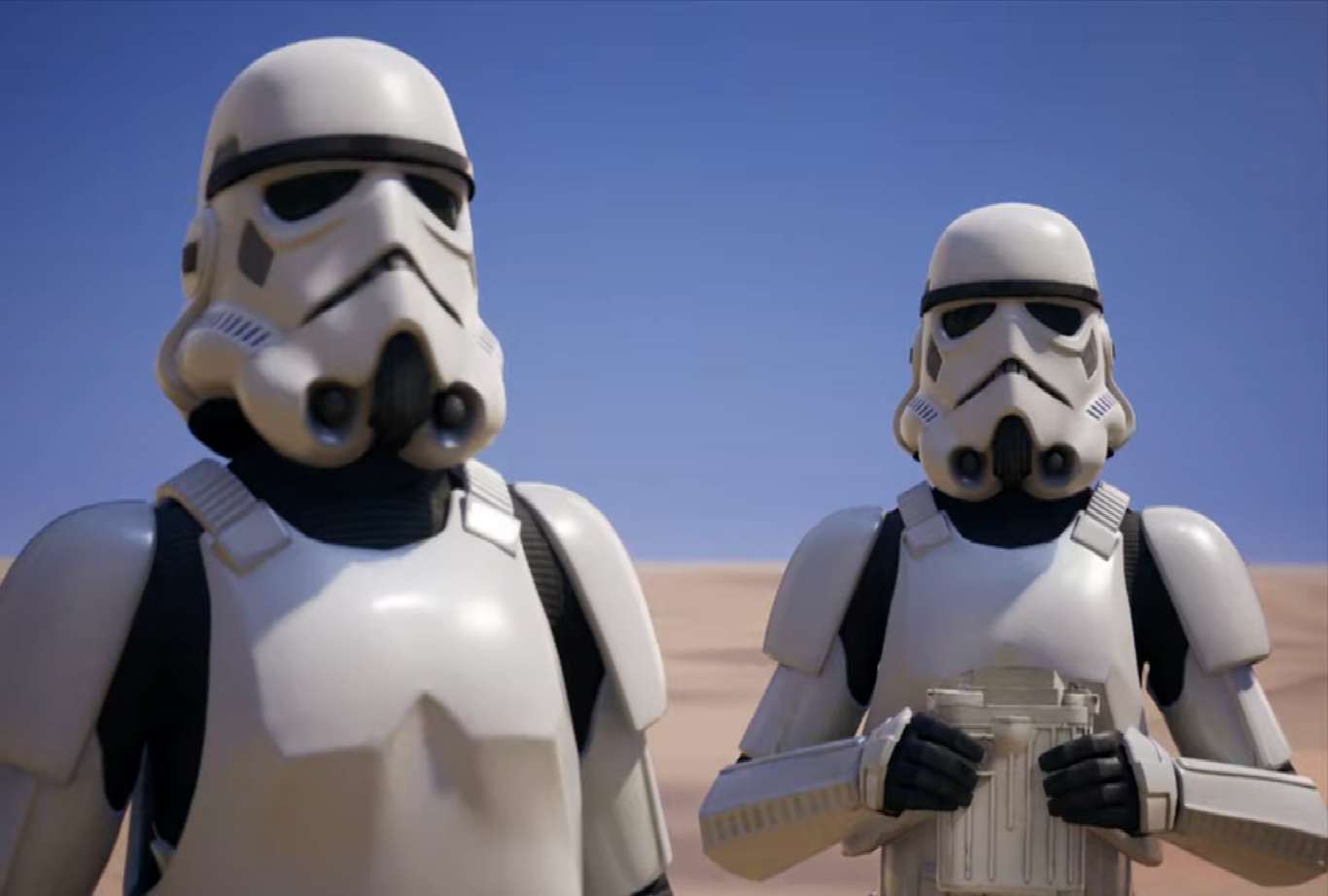 With the release of Star Wars: Jedi Fallen Order, another company is getting in on promoting it. Epic Games, the creators of the popular MMO shooter Fortnite, has released a new skin based on the Imperial Stormtrooper from the movies. They’ve also released an Imperial Star Destroyer that’s looming high above the island.

Epic Games, developers of such classics such as Jazz Jackrabbit, Unreal, Unreal Tournament, Unreal Championship, the Gears of War series, and multiple pinball games, has continued its successes with Fortnite’s multiple modes; Battle Royal is the standard “100 go in, 1 comes out” mode, the “Save the World” where people work together toward a common objective, Creative mode, where players have their own island where they can create multiple maps and game modes for others to play and has moved into Fortnite Chapter 2 recently. And as a free to play game, Fortnite makes its money by releasing skins, weapon packs, and other cosmetic upgrades.

This is not the first time that Epic Games has done crossover events within Fortnite; they’ve teamed with Marvel quite frequently for Avengers related content, and they’ve also teamed up with FIFA for multiple soccer-related skins, Thunder Road Pictures for some John Wick skins, the NBA for some basketball skins, the NFL for some football-related skins, popular DJ and Fortnite fan Marshmello, DC comics and a couple of Batman related skins, and some Borderlands 3 skins from Gearbox Publishing.

With this in mind, Fortnite players are discussing what other Star Wars related content may come to the game. Fortnite YouTubers, for example, have came up with blaster weapons, bowcasters, Star Wars vehicles such as landspeeders, X-wings, TIE fighters, and even other skins like popular villains Darth Vader, Darth Maul and Emperor Palpatine or heroes like Obi-Wan Kenobi and Luke Skywalker. They’ve even mused that Fortnite might introduce a Limited Time Mode event for villians like Darth Vader, Darth Maul, and Emperor Palpatine in a similar way they did Thanos when Avengers Endgame was still in theaters.

The skin is only available until November 17, 2019, so if players are interested in the skin, they need to do so quickly.  Players who want to purchase Star Wars: Jedi Fallen Order who also want the Fortnite skin have until November 20, 2019.