Find Out More About No Man’s Sky’s Next Update, Beyond, In Its New Launch Trailer – Multiplayer Enhancement, Animals, VR, And More 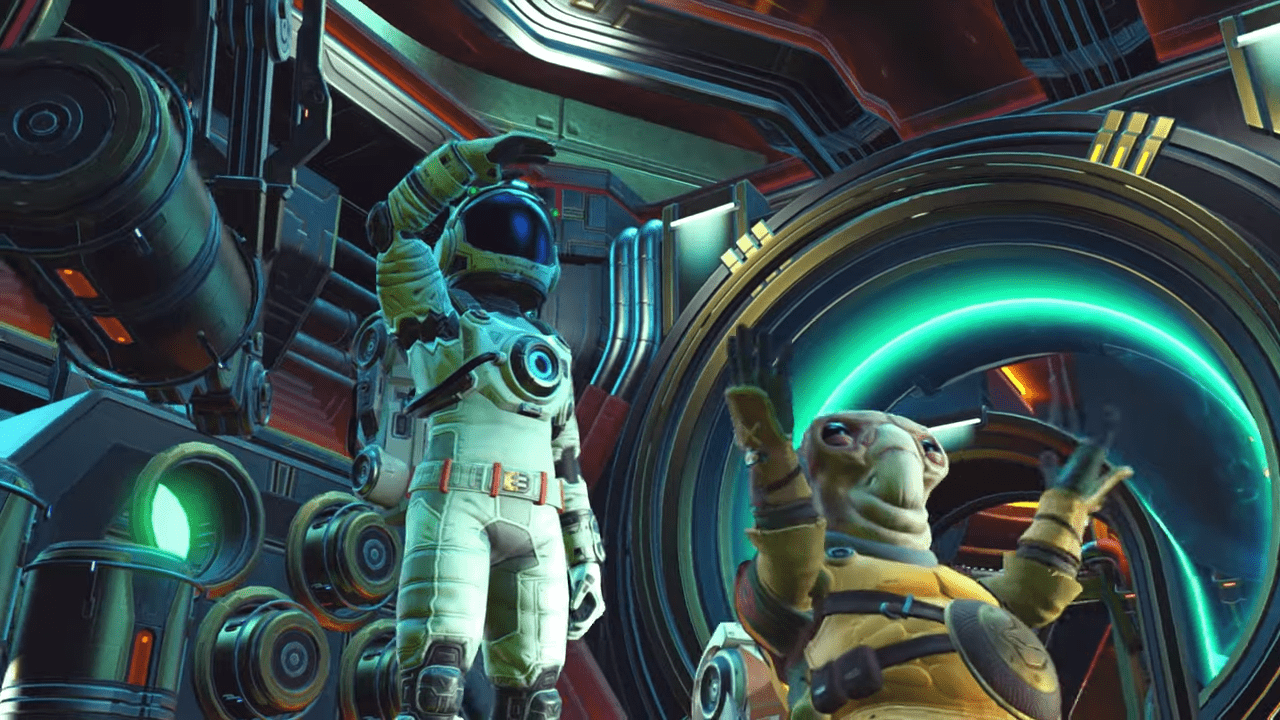 No Man’s Sky Beyond update is the next big update for the game which was released in 2016 to a lot of hype but failed to deliver on many of its developer promises. Over the last three years, the team at Hello Games have consistently released new updates – for free – that have transformed the barren universe into a concept more like they laid out during their pre-launch promos.

Beyond is the next step in No Man’s Sky evolution. On August 14th, the update is released free on PC, Xbox and PS, with a particular focus on PlayStation’s VR. If you have a PS VR headset you’ll be able to enter the universe – fly your own ship and explore bizarre worlds – in total VR immersion. It brings the game much closer to the true ‘sci-fi isolation theme’ the devs were originally aiming for with the game’s release.

Additionally, the Beyond update adds a lot of multiplayer enhancement. A few weeks ago they released a teaser trailer, but there weren’t many details about what this would include for the No Man’s Sky social experience. The launch trailer provides more detail about what’s awaiting players on August 14th.

The update includes the Nexus. This is a social multiplayer area where you can interact with other players, show off your customized ship you’ve worked hours to create, and parade your rare items and loot. In a post on PlayStation’s blog, the devs say this will hopefully make the grind even more worth it – you finally get to share your successes with other players.

It also adds more options for meeting other players. Before the Beyond update, you’d have to stumble across another player in space. This has always been one of the more exciting aspects of No Man’s Sky, but if you’re looking to team up with other astronauts and tackle the universe together, this update makes it easier than ever.

The dev team have stressed that this is the biggest No Man’s Sky update to date. Including the multiplayer enhancements and VR support, there are also lots of new things that haven’t been revealed yet. There are a lot of animals in the trailer, and players appear to be riding them. Will there be more opportunities to domesticate the strange creatures you find on different planets? New ways to customize your home base?

Beyond releases on August 14th and looks to be an awesome free update to the base game.

Anthem's Cataclysm Event is Open to Everyone Regardless of Character Level; Look for Ominous Hole in the Sky