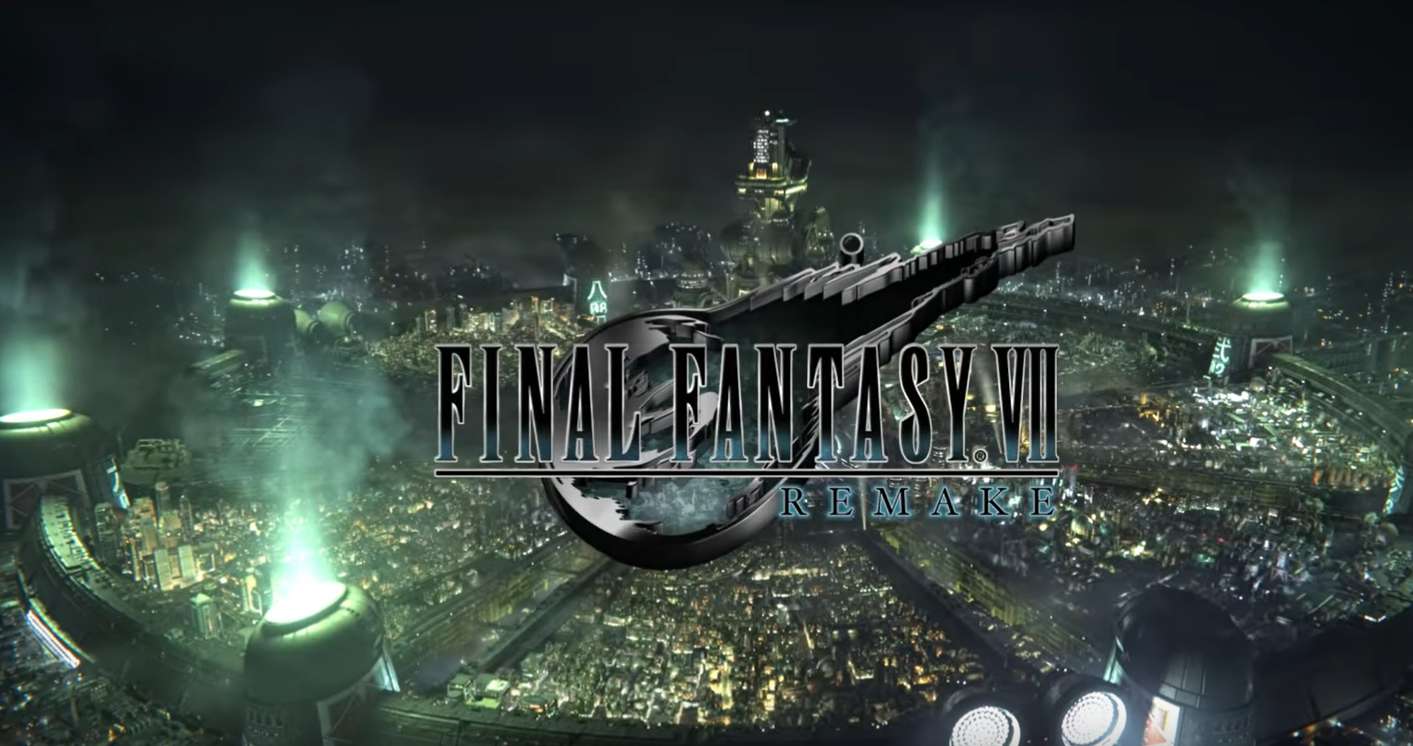 The opening can be seen in all its glory in the player below.

The cinematic opens with a barren landscape, over which we see a lone bird flying. We start to hear an eerie bit of One Winged Angel, the signature theme of Final Fantasy VII’s ultimate villain, Sephiroth.

The theme is very subtle and almost evokes memories of the opening of Final Fantasy VIII.

The bird transitions from the serenity of the landscape into the smog-filled skies of the megacity of Midgar. We’re then treated to some very rare footage of Midgar in the daylight. In the original 1997 release of Final Fantasy VII, most of the Midgar portion took place in the dead of night, so it’s an interesting look at the city that we’ve never experienced before.

Midgar is a bustling Metropolis that, in many ways, looks a lot like some of our modern cities. There are trains, bikes, cars, road signs, smoke stacks, and even a coffee shop. The people of Midgar (and one stray dog) go about their lives. Then, we get a long shot of a wilting flower. It’s the first sign that something is wrong and the planet might be in danger.

There’s even a shot of a very familiar playground, as a group of children look up at one of Shinra’s Mako reactors as it spits emerald energy into the sky.

What follows is a stunning recreation of the original opening of Final Fantasy VII. Aerith is in an alleyway, staring at small dots of Mako energy leaking from a pipe. She is suddenly startled (as another chord from One Winged Angel plays) and walks out toward the street. Someone collides with her, and she drops her flowers. An oblivious passerby steps on a flower and keeps going.

Outside the iconic Loveless theater, she looks into the sky as the camera pans back giving us our first look at Midgar and the massive Shinra building. The game’s main title shows as the music blares, interspersed with quick shots of a train speeding toward a Mako reactor.

The camera closes in on the train and as it pulls into the station; we get our first shot of Avalanche and Cloud as they dispatch some guards and vault into the actual game.

The second half of this cinematic was leaked in late 2019 when the demo for Final Fantasy VII Remake was hacked through the PlayStation Network. This is the first official look at the opening we’ve gotten and it evokes feelings of nostalgia alongside the promise of something brand new.