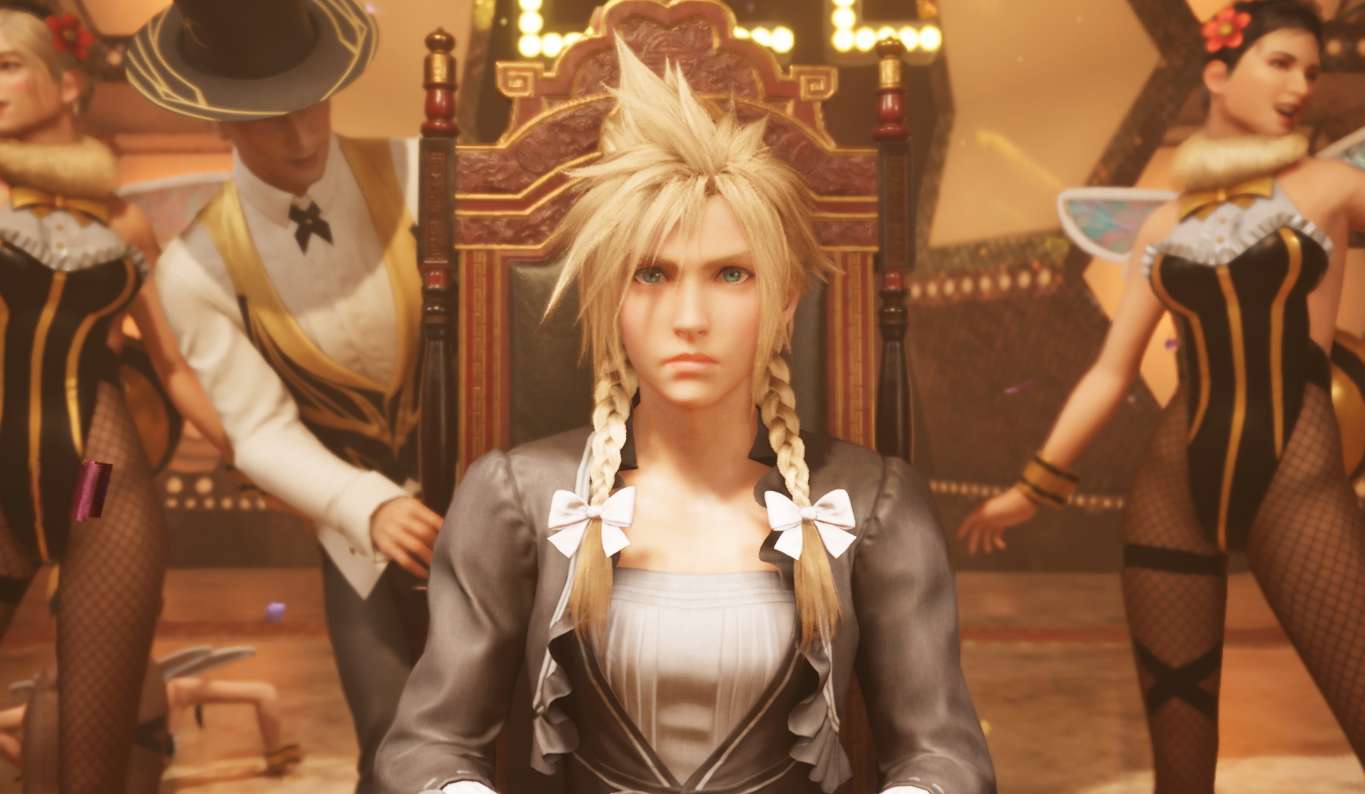 One of the more memorable moments in the original release of Final Fantasy VII Remake was the Wall Market portion of the game.

During this mission, Cloud is forced to dress as a woman to infiltrate the mansion of Don Corneo. The Don has information pertaining to Avalanche and Tifa is already inside, meaning Cloud has to get in there to help her.

But, as Aerith points out in a recent trailer, Corneo has certain…tastes. That’s why Cloud is forced to disguise himself as a woman to gain access to the Don’s mansion.

A lot of people thought that this portion of the game would be cut for the remake, but it was shown off in a recent trailer to the delight of many. Square has given us a little more information on how this sequence is going to work in the remake via a Tweet on the game’s official Twitter account.

In #FinalFantasy VII Remake Tifa and Aerith glam themselves up to infiltrate Don Corneo's mansion, and Cloud is left with no choice but to dress to impress… Each character has multiple outfits too! #FF7R pic.twitter.com/rogOkFoY68

“In Final Fantasy VII Remake, Tifa and Aerith glam themselves up to infiltrate Don Cornero’s mansion, and Cloud is left with no choice but the dress to impress,” the tweet said.

Square the confirmed that Aerith, Tifa, and Cloud would each have multiple outfits.

This fits in with the original, wherein Cloud could take certain steps to doll himself up more, so that Corneo would ultimately select him to be his “bride for the night.”

Of course, due to the technological restrictions of the mid-90’s, there was no physical difference in Cloud’s appearance no matter what you chose. That appears to be changing in the remake.

It was interesting to see that Tifa and Aerith would also have additional outfits for the Wall Market portion of the game. That’s definitely not something that happened in the original, so it will be fun to see how the developers enhance this sequence.

A recent trailer showed Cloud entering the Honey Bee Inn, which is where he is able to get a number of the items he uses for his disguise.

This is just one of several classic elements from the original game to make its way into the remake. However, the developers have been quick to point out that they are adding new elements to the game in order to modernize it and flesh it out for new and old fans alike.

The game’s success is going to rely on how elegantly it can balance the old and new together to give gamers something that feels original yet familiar at the same time.