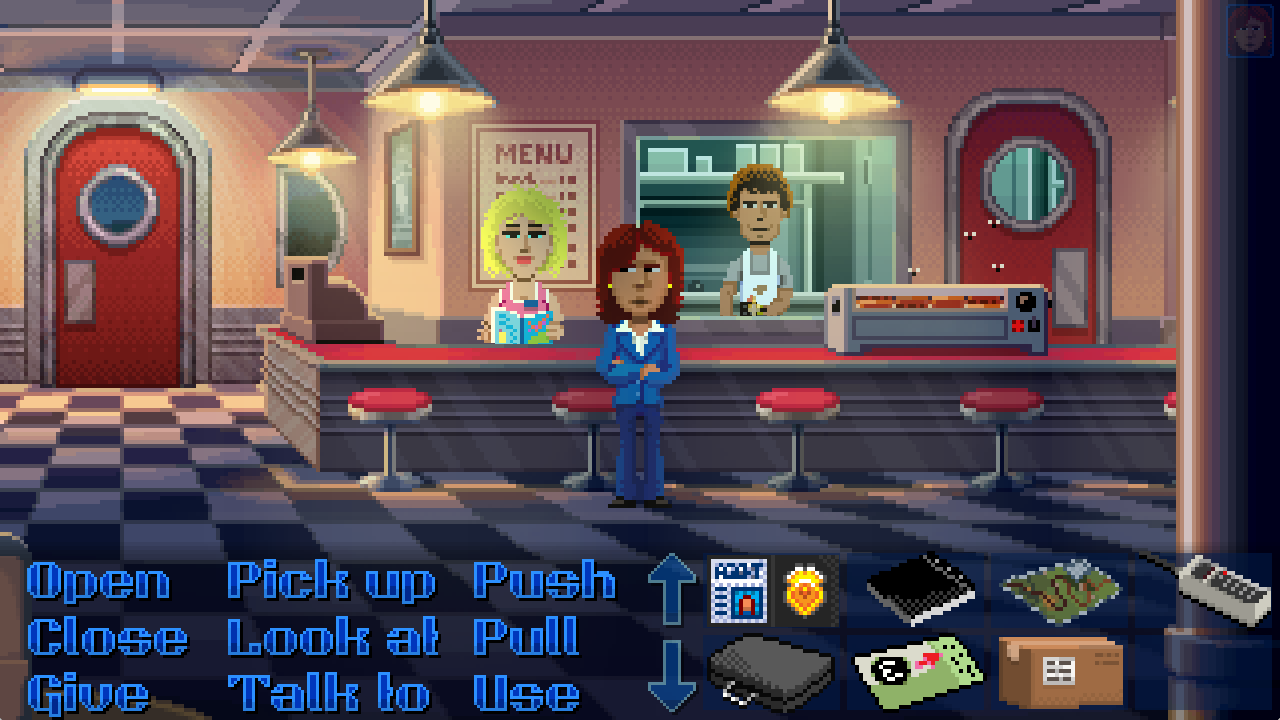 Players who have not tried it yet can get a chance to catch Thimbleweed Park for free starting February 21st. The game will be featured on the Epic Games Store until March 7th giving everyone two weeks to go quirky and solve the mystery hounding the Thimbleweed Park.

The game was developed by the same developers of the graphic adventure game Maniac Mansion and Monkey Island. So what’s inside the Thimbleweed Park?

Players will get to see a town with a haunted hotel, a pillow factory, a dark and lonely circus and a dead body under the bridge.

The game features five people who have nothing in common but were all attracted to visit the mysterious town. If you are a fan of the 1987 game Maniac Mansion, you will get the same feel, when looking at Thimbleweed Park.

Of course, this 2017 game is way better in terms of the graphics, but you got our point. The setting of the story, however, takes the year 1987. That makes the ambiance familiar and relatable to the kids of the 80s. Thanks to designers Ron Gilbert and Gary Winnick.

Looking back at the characters, these five people are all being watched. By who? You have to find out when you get to play.

The story also includes some agents, a ghost who longs to speak to his daughter, a clown who dreams of becoming a decent human, the aspiring female game developer named Delores, and the lonely dead body with no one caring about it.

These are the mysteries in Thimbleweed Park and it depends on the players will succeed in making the five different characters work together. Players who are fond of puzzle games should try Thimbleweed Park too. Plus, the game uses puns, and it features six subtitles including, Spanish, Russian, Italian, French, German, and English.

Epic Games hope it can attract players from other platforms by offering free games regularly. The store has partnered with other teams and vowed to feature a free game every two weeks this year.

The other games featured on the Epic Games Store were Subnautica and What Remains of Edith Finch.

For those who haven’t tried it yet, the Epic Games Store still has Axiom Verge for free until February 21st. The Metroidvania video game was developed by Thomas Happ and was initially released in March 2015. Catching all the free games should be easier if players will sign up and download the Epic Games launcher.