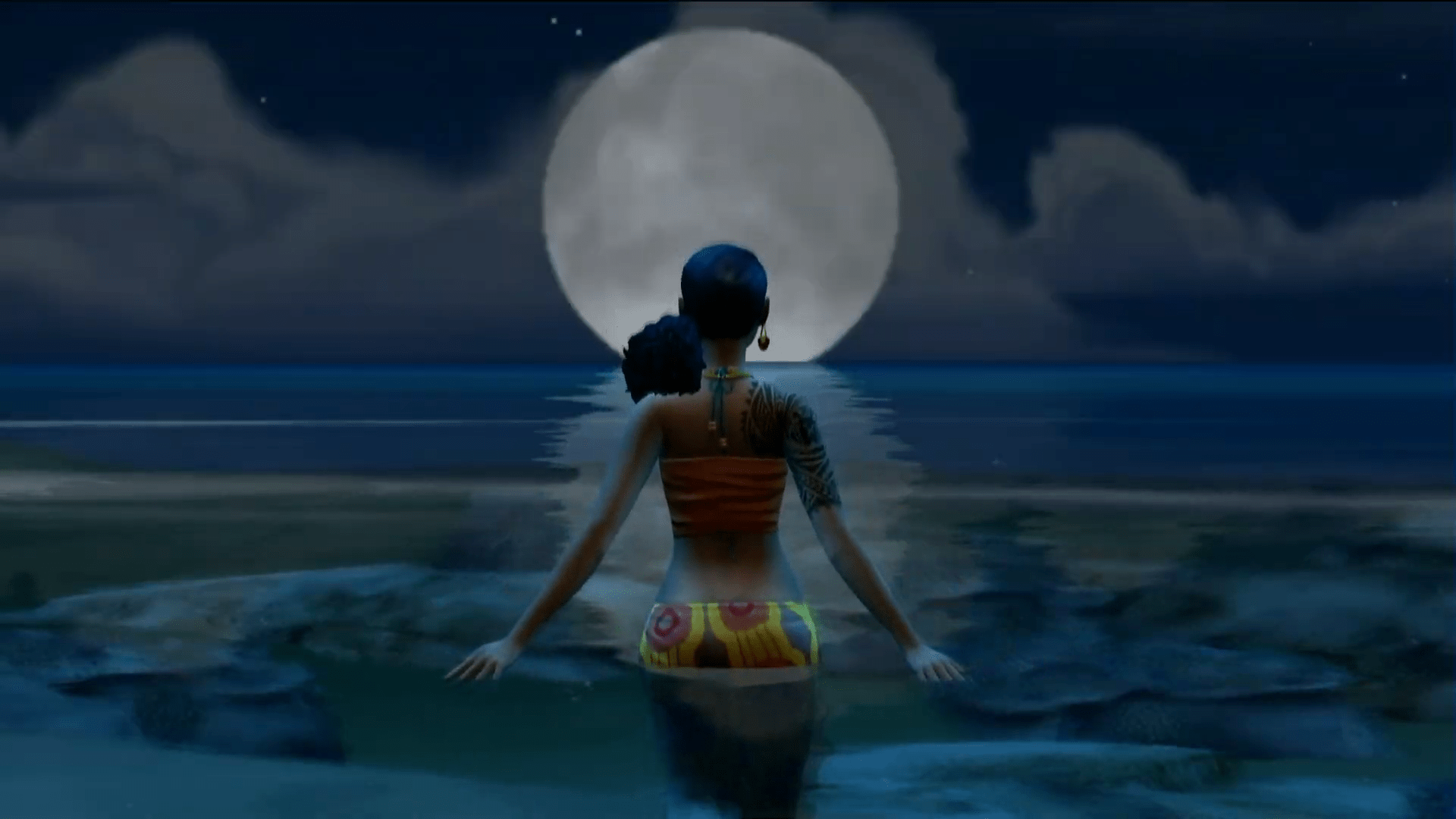 On June 8, 2019, Electronic Arts revealed new content for the Sims 4 at their live-stream event as part of E3. Despite the Sims 4 being a 5-year-old game, Electronic Arts has been consistent in adding new purchasable content to the game periodically.

The world exclusive release of a new Sims 4 pack was announced by Executive Producer Lyndsay Pearson and Senior Producer Michael Duke. The Sims 4 Island Living Trailer showcased beautiful scenic island locations along with a ton of new outfits. The trailer also announced a release date of June 21st for PC/MAC and July 16th for console users. The price has yet to be released.

The team stated they wanted to capture the spirit of the islands in their outfits. New bright colors were added to capture the tropical spirit. New hairstyles and accessories also joined the menagerie of clothing items included in the pack.

The live-stream also showcased what was called “open water gameplay.” Several different activities are opened up by this introduction, such as snorkeling, floating, and the “aquazip” jetskis.

The island also features an active volcano. Riskier Sims who chose to live near the volcano have a chance to trigger volcanic eruption events. The details surrounding what happens during such an event were not released alongside this update.

Sims can also now find tropical animals such as dolphins and tropical fish. Dolphins can be befriended and trained to do tricks, or even mischevious specimen will squirt water right in your Sim’s faces.

Your Sims can also pursue a new career as a conservationist. This job is focused on environmental awareness, and caring for their new island home. The dev team has stated that this career is an extension of the actual team’s desire to promote environmental conscientiousness. The island in-game also changes over time, becoming dirtier or cleaner with the level of care your Sims put into its maintenance. The devs wanted the island to feel unique, and that it has a real storied history. As such, “elementals” or ancient island spirits have been added. The spirits react differently depending on how in touch your Sim is with the island. Keeping in touch with the land will unlock new traits for your Sims.

The locals of the island also have their own culture and events you can take part in, including barbeques, festivals, and kava parties. Kava is a special drink native to the island, and your Sim can learn to make it and share with their friends. Your Sim can also learn recipes of more island-exclusive cuisine as well. New architecture to fit in with this island theme is also added.

The capstone of this content pack is the ability to play as a mermaid. These mermaid Sims have access to exclusive outfits and stylings and are said to be very in touch with their island home. These Sims have a special relationship with nature, and as such have interesting powers to unlock and explore.

Finally, the devs announced that Pride-themed items and merchandise are being added to the game as of June 18th. The items are coming about from a partnership with Joey Graceffa, a producer and content creator and the It Gets Better Project. The content will include Pride and It Gets Better themed clothing along with a gender-neutral bathroom. This comes as no surprise, as the Sims has always been inclusive of the LGBTQI+ community, and fans within this community will surely view this as an exciting update during the month of Pride.

Apr 1, 2020 Kenny Kimberly 2640
The COVID-19 pandemic has had an incredible impact on the gaming industry. With dozens of esports events canceled, multiple conferences moved online,...