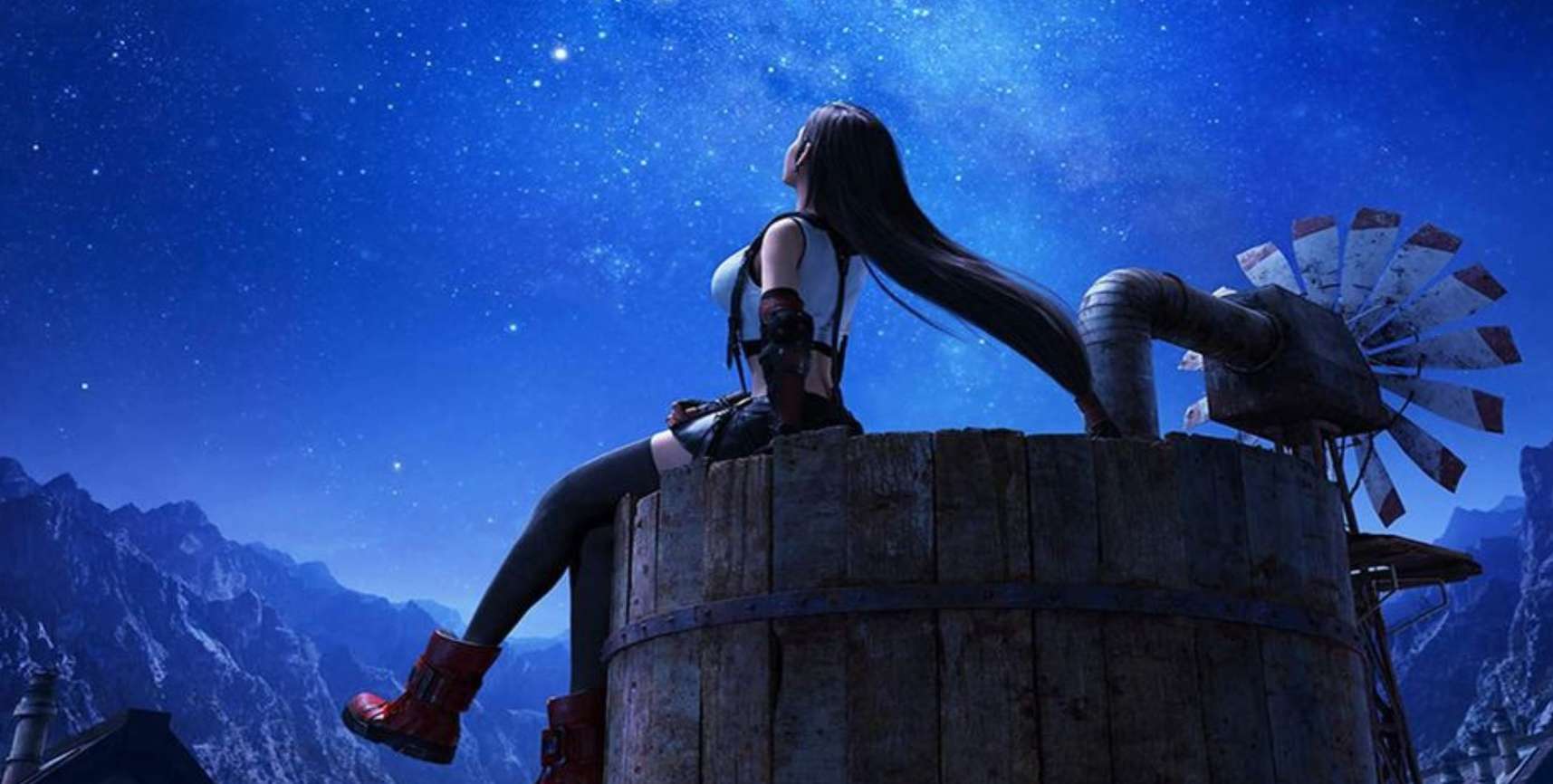 When you’re talking about big game releases in 2020, you have to mention the phenomenon that is Final Fantasy VII Remake.

This PlayStation exclusive title was undoubtedly one of the biggest releases of the year. There was a lot of hype and expectation surrounding the remake of one of the most popular games of all time. Thankfully, the team over at Square Enix lived up to that hype and delivered one of the most satisfying remakes ever made.

To reward the players who helped make this game such a blockbuster release, Square has released a special free theme on the PlayStation Store featuring Tifa, one of the game’s most iconic and popular characters.

The theme is very calming and serene, lacking the hard, often harsh feel that accompanies many of the other PS4 themes released for this game.

It features a now iconic scene of Tifa, seated atop the well in her hometown of Nibelheim, gazing up at a starry sky. While this scene never happens as such in the game, it’s an homage to a special flashback that was a huge part of both the original and the remake, in which Tifa and Cloud make a promise to one another as children. This particular image is based on a disc change graphic from the original PlayStation 1 release.

Tifa is one of the main party members who accompanies Cloud on his journey. She is Cloud’s childhood friend and an incredibly gifted martial artist. She was trained in the Zangan style of martial arts, and uses those skills as a member of the anti-Shinra rebel group AVALANCHE.

The true extent of Tifa’s prowess was realized finally in the remake, when players were able to switch over to her in combat. Instead of the simple punch kick combo she utilized in the original game’s turn-based combat, Tifa is able to launch into battle with an offensive flurry and stunning abilities.

Tifa was voiced in the English version of the game by Britt Baron, who plays Justine on the popular Netflix Original Series GLOW.

In the remake’s updated storyline, Tifa was a voice for restraint within AVALANCHE, and did not approve of overly violent plans to blow up Mako reactors. She runs the bar and grill Seventh Heaven in the Sector Seven Slums, which also serves as a base of operations for AVALANCHE.

God Of War, Spider-Man, And Other PlayStation Exclusive Titles Are Rumored To Be Released On PC In The Near Future

Dec 13, 2020 Kevin J. Kessler 8720
While Final Fantasy VII Remake might have lost out on the Game of The Year award to The Last Of Us: Part 2 at The Game Awards, it managed to snag two...

Dec 6, 2020 Kevin J. Kessler 6560
Every year, we see the PlayStation Awards take place, and winners have just been announced from the Japan/Asia region. It was renamed this year as...