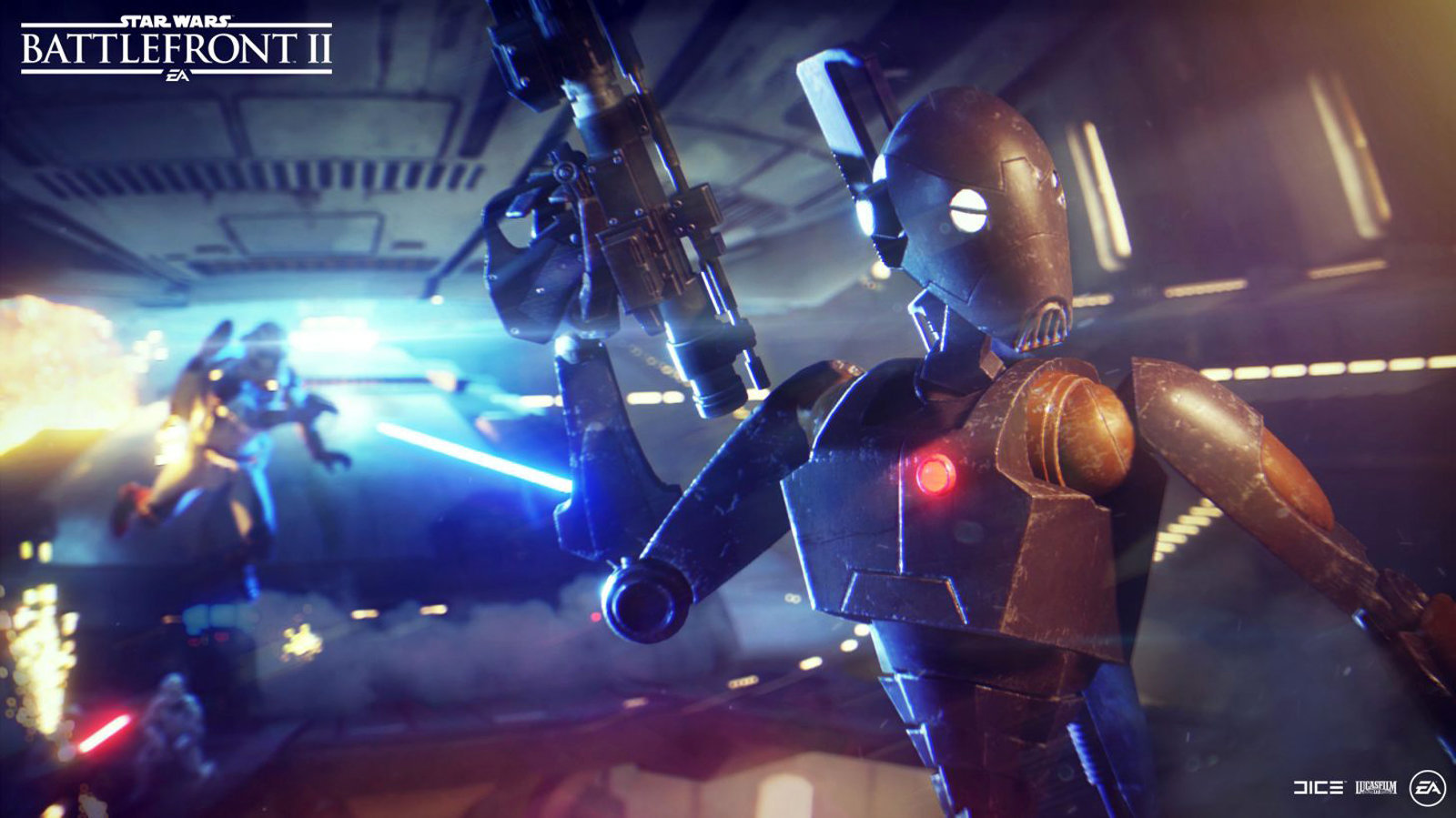 EA DICE announced yesterday that the Droidekas from the Star Wars prequels would be joining the Battlefront 2 roster as of Wednesday, June 26ths update. In the original Pandemic Studio version of the game, they were playable and included both the high-rolling movement and instant shielding that was shown in the movies.  Two years after the original release of Battlefront 2 they are finally making an appearance.

The Separatists are not the only ones gaining new gear in their war. The Republic will be gaining access to a TX-130 tank that is heavily armed and will include side-mounted rocketry. With both sides arming up the game is preparing for some new maps and new game modes with a renewed vigor into their game.

The game is also adding a new game type called Captial Supremacy to the Naboo map where players must fight the conflict on the ground as capital ships slowly descend on the city. Both sides will have to fight strategically to gain ground and eventually conquer the capital of Naboo.

The community update also included glimpses of things to come in the future. One of which is the Felucia map that was featured in both the original 2004 Battlefront and in Star Wars: The Force Unleashed. The planet only had a passing view in the Revenge of the Sith showing its rather moist mushroom world. Most players that played in The Force Unleashed will remember that there was a Sarlacc pit there and it will possibly make it into the game again as another danger for the armies to avoid.

Several skins will also be making an appearance including Anakin Skywalker’s General Skywalker outfit, the 212th Recon division, and the 41rst Scouts for the clone army.

DICE had a rough release when Battlefront 2 first came out, but they have not slowed down on their post-release support for the game. Although the community is still unsure about the parent company EA’s involvement with the loot box issues that happened upon launch, some of the community has returned due to revived content. The game still feels fresh and new even though it has been out for close to 18 months.

As the community grows and more updates roll out Battlefront 2 becomes more of a model to what players have expected from DICE in the beginning. The game has slowly developed its own Star Wars feel, unlike the Battlefield taste that was left during the first release of the series. Many are happy at the changes while others still find it hard to forgive the company for their actions prior.

The update will release on all platforms and will be at no additional cost to the players.

May 27, 2021 Harry Alston 2530
If you haven't seen it already, a redditor has leaked the supposed trailer for the upcoming Battlefield 6, the latest addition to the franchise set...