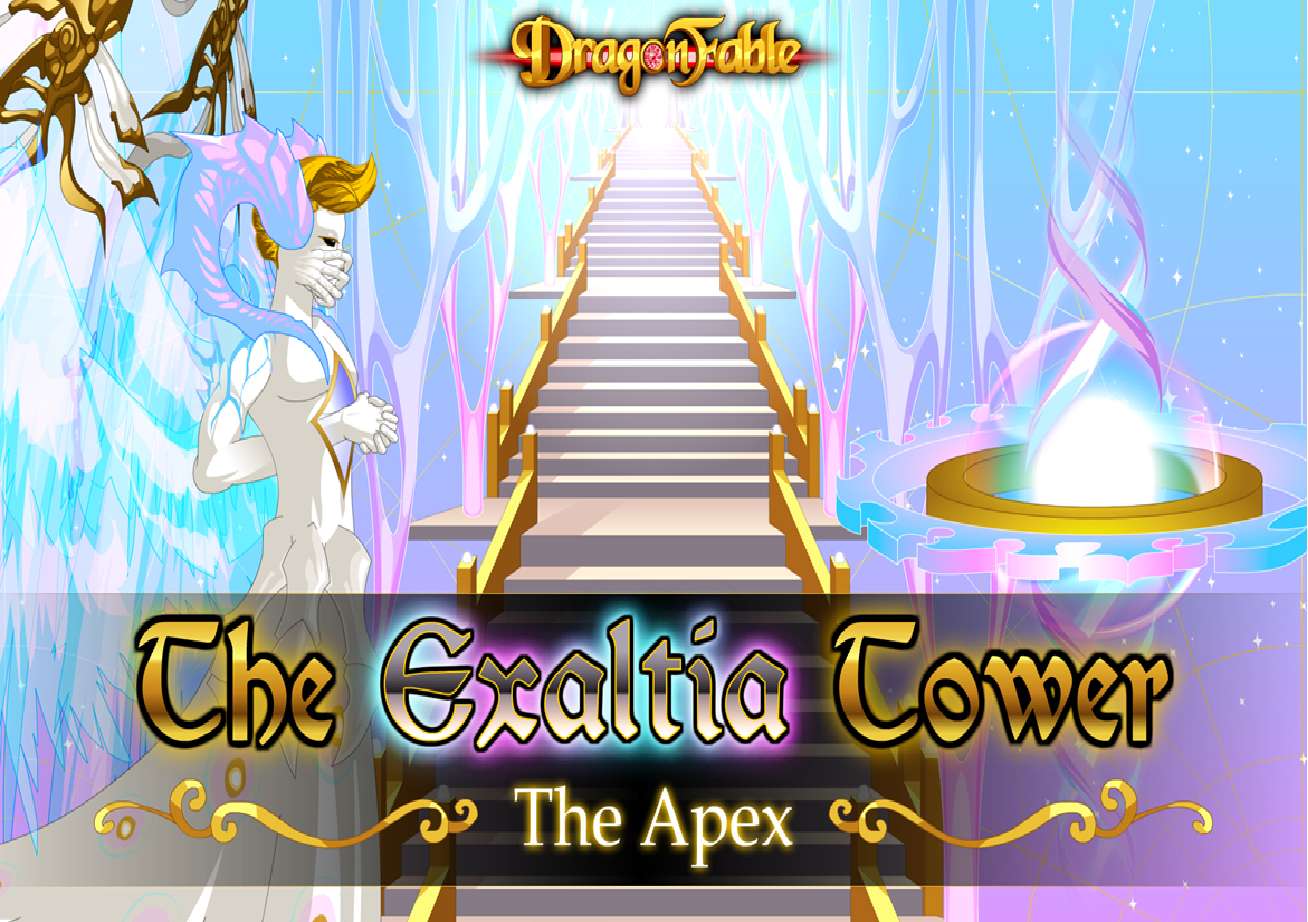 Dragonfable players will finally be able to play through the final floors of the challenge tower, the Exaltia Tower. Players will get to see the final boss of the tower, The Engineer and his Offense and Defense Drones, granting players the full experience that the dev team has intended since March.

The Exaltia Tower was first released on March 2, 2019, at the Inn at the Edge of Time. This inn was released on July 30, 2017, and was meant as a bit of an in-joke for players. They meet other incarnations of their characters, which are all the possible classes and custom appearances gathered in one place.

The Exaltia Tower is accessed through the billboard labeled “Challenges!” Players will choose “Exaltia Tower” to access this enemy filled tower to gain more and more experience, gold, gear and crafting materials used to purchase rewards from specific vendors.

The Exaltia Tower has players take on turn-based battles one fight at a time, with the game announcing that “the tower looms ever higher” after completing the tier. And before choosing to take on the tier, players will need to make a choice that determines which monsters and bosses appear in the tower. And with this newest update, players finally gain access to the top of the tower, to face off against the final boss.

In order to climb the tower, players must fight through three floors at a time and face a boss at the end; Ezrajal or Yaphael for the first tier, Couerihem for the second tier, The Warden for the third tier, Daatael, Celestial Guard, Celestial Sentry, Infernal Guard or Infernal Sentry for the fourth tier, and the new bosses, The Engineer and his drones for the final tier.

The Exaltia Tower is an event that players have been looking forward to seeing the ending. The bosses and tower specific monsters have been unique in both appearance and abilities, so seeing the end of the tower is a real treat for players who have followed this questline since March.

Mar 2, 2020 Sean L. Akins 5090
With March here, AdventureQuest Worlds releases a unique set for players to purchase. And this year, it's based on Dage's Art. In AdventureQuest...

Mar 2, 2020 Sean L. Akins 5870
It' time for the return of Dage-mas, and with it, a new assortment of equipment. And this year, they finally add something that's been a standard of...